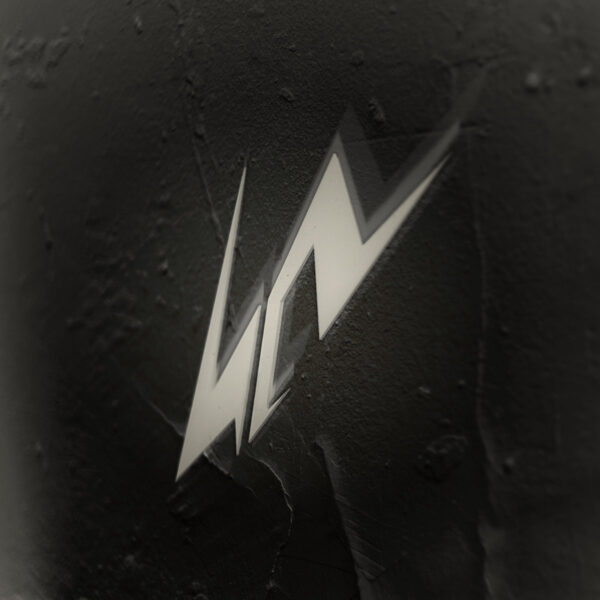 Liquidarlo Celuloide has been the long-running experimental noise rock project of keyboardist / vocalist Juan Diego Capurro since he began the project back in 2003 as a solo act, initially to make lo-fi incidental music for imaginary horror movies. Over the years, the concept behind Liquidarlo Celuloide changed with Capurro taking the music into live performance with additional musicians and the music became more rock-oriented, then shifted to a more post-punk direction as members left and new musicians came on board to replace them. Currently Liquidarlo Celuloide is a five-piece band with Capurro the only original member to have stayed with the band through all its various incarnations.

In 2018, the band opened for UK act Killing Joke at the latter’s Lima concert and Killing Joke singer Jaz Coleman offered to produce Liquidarlo Celuloide’s next album after hearing the band. The result is “Anamnesis”, the band’s eleventh, on which Coleman also played synthesisers and collaborated on writing and singing lyrics for one track “Perversion”. Each of the six songs shows a different mix of the various musical genres that have come to define LC’s style, ranging from noise, post-punk, improv and psychedelia to dance and dub. “Asfixia” and “Erupcion” are straight-out high-energy post-punk songs with a noisy guitar edge and a defiant attitude. “Saliva” is a little more sedate and features some very immersive, even overwhelming if rather brief noisy acid psych guitar music.

The second half of the album has more interesting and intense music and for me the best tracks are found here: “Lluvia Negra” has a heavy sound approaching noisy crusty doom and a near-cavernous background feel thanks to distant synth wash-out over deranged lead guitar loops and continuous acid rhythm guitar crumble. Most tracks on this album are very repetitive and I confess I keep wishing in vain that at some point in songs the band might break out into a crazed improv jam. “Bajo le rio de neon” is a pleasant and laid-back song mixing dub rhythms and beats with a hazy psych atmosphere and sound effects though near its end it seems to get darker and not a little bit unhinged, and with its position at the end of the album, the feeling I have of the song having an underlying bitter bite is hard to shake off. The album’s centrepiece track “Perversion” is intense with solid guitar work-outs in the middle of the song but it’s very repetitive and I would have liked less singing and shouting and more instrumental improv breakouts.

While personally I feel the album could have done with more loosely structured songs that emphasise the band’s eclectic and experimental musical approach and range, and less on presenting a collection of pop songs with a lot of repetition, I do recognise this album perhaps represents Liquidarlo Celuloide at their most alt-rock accessible and can persuade first-time listeners to explore the band’s back catalogue of albums, singles and other recordings.