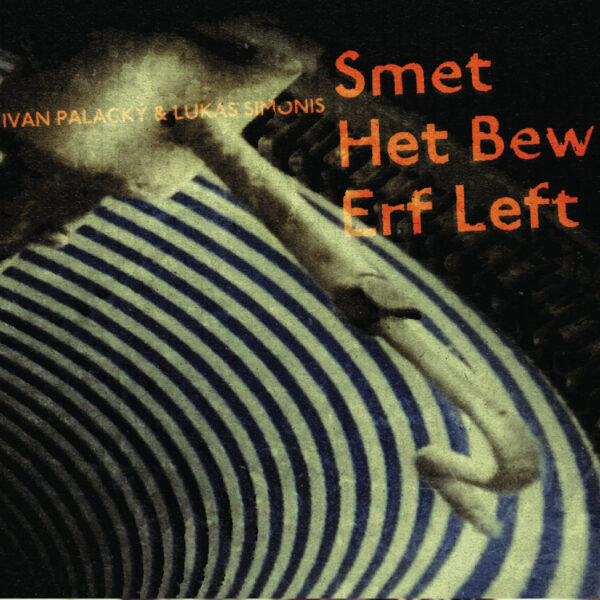 Got a couple of new records from Lukas Simonis, the prolific Dutch musician who works hard, has many musical modes, and is never content to be labelled just an improviser (I would assume). He also makes things happen, by which I mean organising events, gigs, and recording sessions, and runs the Z6 label as a project under the WORM banner which has done so many good things in Rotterdam. The first item is Smet Het Bew Erf Left (Z6records 19492019), a bewildering thing made by Lukas teaming up with Ivan Palacký, a musician from the Czech Republic. For some moments, I thought it was some form of electronic music, but it turns out they created it with a knitting machine and an electric guitar, by improvisational processes.

Old friends, the pair met up in 2018 after a gap of about 10 years, and a short tour of Austria and the Czech Republic resulted in much audience appreciation and the opportunity to make this record. I like the way they are quite specific about the knitting machine; it’s a Dopleta 180, a model which I think is only sold in the Czech Republic, and seeing photos of it you can quite easily see why one would want to play it like a Lowery organ or a slide guitar. Slow and perplexing non-music results, made by largely gestural means of rubbing parts of the knitting machine, with some of the metallic-sounding effects enhanced by a little electronic echo, while Simonis draws extended notes from his languid guitar with the patience of an old scissor-grinder. I suppose at one level this kind of thing connects to the “EAI” mode of playing that used to be so prevalent, those situations where amplified / non amplified, digital / analogue and objects / instruments all met up to do battle in the same fizzing sonic brew, but (unlike some of that very serious EAI music) at least on today’s record I do detect a wry sense of humour at work, as if we’re not expected to take all the results incredibly seriously.

This playful mode sits well with me, and despite its languors and sloughs, I can see myself gradually getting woven into this knitting machine music at some level. “Both performers have a rich experience with intuitive speeches,” says the website, “and therefore usage of some random words into the abstract sonic structure is not excluded in the happening”. This is their way of accounting for the nonsensical title, another playful strategy which I find endearing (it’s often overlooked that Derek Bailey did it quite a lot on the track titles of some Incus records, probably to tease music critics). 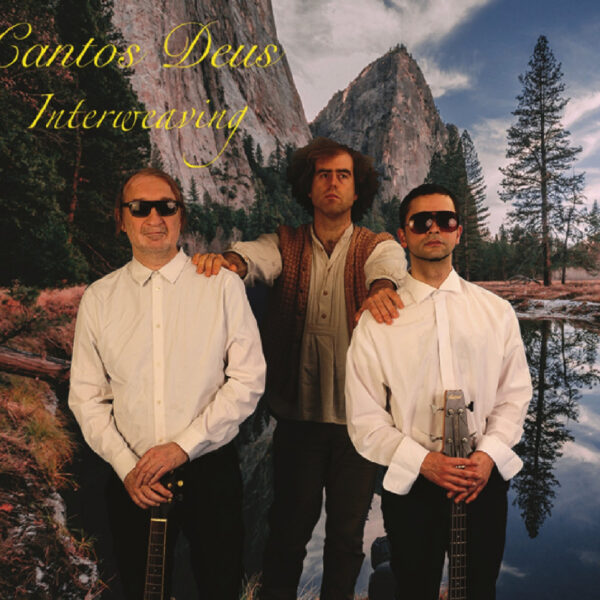 Less immediately thrilled with the Interweaving (Z6records 000658) record made by Cantos Deus. The trio of Jacco Weener, Bruno Ferro Xavier da Silva and Lukas Simonis perform 14 songs in a clumsy, sarcastic form of electro-pop which, at first spin of the pinwheel, is clearly not their strong suit. However, the point of the record may be something quite different. Jacco Weener is not really a pop singer or even a conventional musician, but a philosopher and theologist, and his plan is to deliver half-sung and spoken word screeds which raise pertinent questions about religion and society, specifically about American Christian cults – a growing phenomenon which he evidently regards with some suspicion, and he is troubled by the growth of this bogus culture in mainland Europe. He does all this to the musical backdrop supplied by these two Rotterdam geniuses, both known as heroes of the underground in that city, so I expect Interweaving is intended as a subversive record on many fronts. The clunky cover collages do much to reinforce this view, showing images of the trio in full colour pasted onto picture-postcard scenes of incredible banality. As yet, I haven’t put much effort into decoding the substance of Weener’s texts, but his tuneless, declamatory style of vocals is rather hard to find a way into. Even so, I liked the playfulness of the above record, so much the same spirit is evidently in operation here.