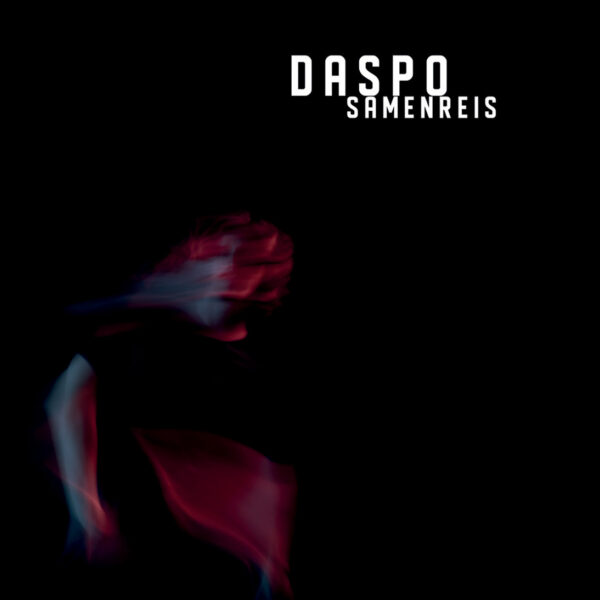 Nice set of low-key electronics on Samenreis (SETOLA DI MAIALE SM4020), performed by Davide Palmentiero and Giuseppe Pisano from Naples recording as Daspo. Drawing inspiration from their train travels in foreign lands, they wanted to make a personal meditation on abstract ideas to do with the environment and making contact with strangers, and how these things might relate to sound. They did it inside an anechoic chamber in Utrecht, a fact which may account for the very closed-in feeling that emanates from this understated set. Most artistes, when setting themselves the task to make a record about their surroundings, would probably reach for their laptop containing a million field recordings stored as soundfiles; but Daspo have taken a quite different route, producing entirely synthetic music and sound and evidently mining their own inner resources. Not a single “train” sound on the whole record, I’m glad to say. Joined by guest players Domenico Ingenito and Jannika Lahin who played violins on one track, and the modular synth of Mark Ijzerkman on another, but this is mostly the wistful tones of Daspo wringing whatever strange moods they have stored at the bottom of a virtual tin can. At times very wispy, meaning there’s very little tangible substance to get a grip on, but it’s these gaseous vapours that give Samenreis its particular character. Intriguing…from 31 January 2020. Swedish musician Anna-Karin Berglund has made a few file-based releases under her real name, but lately she’s taken to recording under the acronym AKB formed by her initials. I never heard her Ambient Morning from 2019, but I’m quite taken with Marianergraven (LAMOUR RECORDS lamour093cd), a record of ambient soothiness which is directly inspired by the sea. Accordingly it’s slow, deep and richly rolling waves and loops of sound, which would be uncannily fitting if played back inside an aquarium or marina. While it may seem a bit kitschy to attempt this 21st century update on Debussy’s La Mer, there is something very genuine and thoughtful about this music that is endearing, and it transcends the generic limitations of ambient drone. I might be more minded to liken it to Jewels Of The Sea, a Les Baxter easy-listening concoction from 1961 released on Capitol Records; as you know Baxter masterminded a lot of these hi-fi productions that promised exotic travel to foreign lands, without the listener once having to leave their armchair. It’s just that this one took us beneath the sea. 1 The other thing that this stirred in my memory is the music from Donkey Kong Country, when the apes collected bananas underwater in “Coral Capers”. AKB discloses that this record was the result of her coming to grips with some personal struggles – she calls it a “showdown with the stormy clouds” – and this music is likely to be her way of healing the hurt of the past. In keeping with the deep sea theme, she regards some of the tracks as “resurrected treasures”. AKB recently won an award at the Local Heroes event in her home town of Gavle, and well deserved too. From 31 January 2020.