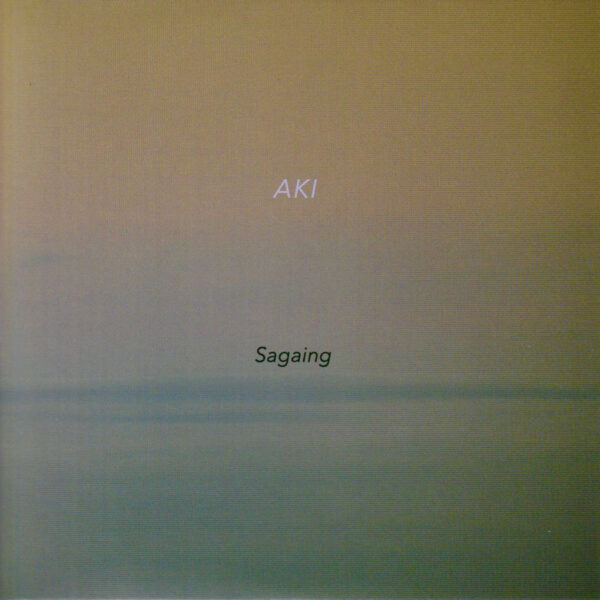 One of two new items from the Jvtlandt label received this season…the album AKI (JVT0020) by Sagaing is quite the charmer, full of highly melodic and slightly eccentric tunes with a jazz easy-listening flavour. The trio are led by the saxophone player Katsura Yamauchi, who also composed all the tunes; there’s also the excellent guitar work of Akinori Yamasaki, and the bass player Hirotoshi Yonemasu who appears on a few cuts.

There isn’t much to compare to this very original music, with the possible exception of the even more eccentric tunes played by the Maher Shalal Hash Baz Ensemble. On AKI, the tunes aren’t quite as sketchy or diagrammatic as that, but there is a real simplicity at work here that allows a child-like demeanour throughout, and a certain ellipsis in both the composition and the arrangements. I mean there are a few gaps, phrases left not quite complete or chords unfinished, things suggested rather than outright stated. All of these are good and rewarding qualities, and make this record a compelling listen, when you’re able to surrender to its simple charms (which should not be mistaken for naivety). The guitarist certainly “gets” it; he seems to have only joined the group in 2018, but since then Sagaing have toured Japan and Taiwan. Yamasaki brings a steady pulse with his ripple-picking, supporting the wistful sax ruminations from the maestro.

Katsura Yamauchi has been interested in all forms of contemporary jazz and free improv since the 1970s, and worked as a concert organiser for some time, bringing in appearances from some of the big kahunas in Europe and America, including Bailey and Brötzmann. It’s only fairly recently he picked up his sax and started recording some solo records and group efforts; he did appear on Norbert Moslang’s label for the EAI genre, For 4 Ears, in 2007, and has also recorded with Michel Doneda and Toshimaru Nakamura. Those intrigued may wish to dig deeper and hear the work of his Salmo Sax Ensemble (although as far as I can make out, he’s the only member of said Ensemble). Yamauchi may be something of an “outsider”, to the extent that he hasn’t been actively plugged in to the musical culture that gathers around big cities; he grew up in Beppu, which is a rather obscure corner of Southern Japan known for its hot springs. I’m reminded of my favourite Renaissance painter Piero della Francesca, who didn’t live in Rome and hence was not numbered among the “major players” like Leonardo and Michelangelo. As a result, he was virtually regarded as a “hick” by some commentators, and almost written out of art history, despite his prodigious talent. From 13th February 2020.