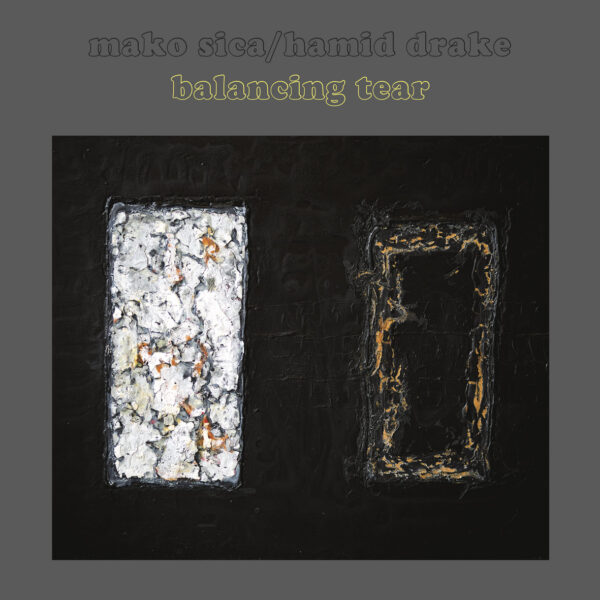 Mako Sica are a trio from Chicago, Przemyslaw Drazek, Michael Kendrick and Brent Fuscaldo, playing music that’s variously described as avant-rock displaying psychedelic influences. They’ve been active since 2007 and can be heard on labels such as La Société Expéditionnaire and Instant Classic; more recently, the American label Feeding Tube picked up on their Ronda and Manifest Being LPs. This is the first I heard from them, but evidently they do it with a mix of guitars, keyboards, and trumpet, plus the ghastly wail of Fuscaldo’s haunted and desolate voice. They’ve managed to team up with renowned jazz percussionist Hamid Drake, a veteran who’s played with William Parker, Pharoah Sanders and Peter Brötzmann, and also appeared on the Ronda set.

They make an unusual combination of styles here for sure – including a watered-down version of electric Miles, movie soundtracks, and a touch of ethnic cross-rhythms in the expert drumming. I do like the very porous nature of their open-ended music, and it seems like almost anything could happen on this mix of studio and live cuts, where they rediscover the joys of the Grateful Dead “endless jam” method and update it on their own terms. My only stumbling block is the generally lugubrious nature of the music; a bit too much wandering the desert with head held in hands, seeking the answer to life in a symbol-laden art movie. Even the livelier, more upbeat segments are cursed with that same morbid streak; we’re being invited to dance off the top of a mountain and plunge into an unknown death.

Two of the members of Mako Sica are originally from Poland, and used to be in Rope who made a couple of LPs for Family Vineyard. This one arrived 5th February 2020.