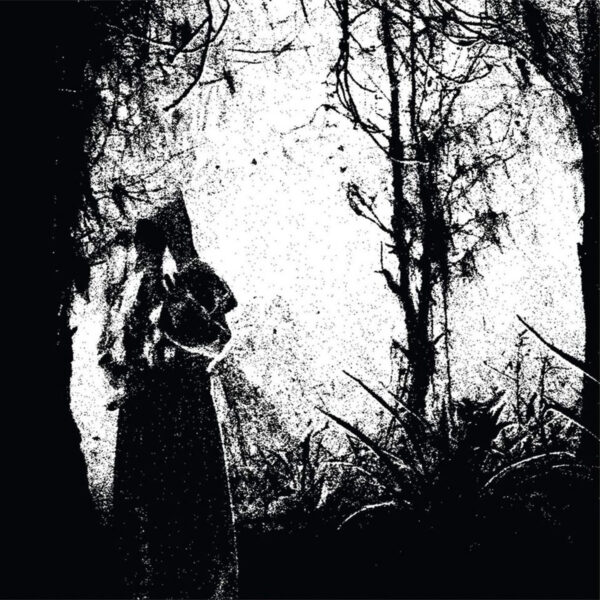 Since forming in 2019, this raw BM quartet from Ecuador has released a lot of recordings – mostly EPs, splits and cassettes – so I was curious to find out what makes these musicians tick, aside from an obsession with vampires, werewolves and the night generally. “Demo III” is probably as good a recording to start with as any others the band has: it was released in April 2020 after a slew of ten others over the past year so by the time WR made this recording, these guys would have refined their style into something definitely … Wampyric. First cab of the rank “The Desolate Crypt of Carmilla” (these guys know their Sheridan Le Fanu fiction!) starts with a clear church-organ instrumental which technically at least seems like a good sign – although you know when you hear a long-ish organ instrumental starting off a doom or black metal album, chances are 50/50 you’ve stumbled over something kitschy Gothic. Come on, WR, when are we gonna hear some real meaty, bloody raw BM??? …

… At last the music comes with a screeching howl that heralds “Dark Kingdom of the Vampires” and a smartly presented song with suitably trashy-sounding grinding guitars, a head-banging rhythm section and a basic production that allows all instruments to be heard barges straight past the jugular vein and into my head. The screaming vocals are raspy and full of frosty breath. Blast-beat bursts and a break halfway through the song into an instrumental jam that goes a bit cacophonic as it continues while Strigoi goes off into continuous screeching banshee hysteria tick all the right boxes with me … plus the song gets even faster and more blast-beat chaotic as it draws to a climax. Acoustic guitar music, nature field recordings and an out-of-tune folk flute help to round out this song along with another bout of blizzard screaming. “Dark Kingdom …” turns out a good mini-epic which might have been even better if the music had better production and a stronger, deeper sound.

A very atmospheric interlude of mournful Western-style soundtrack music with acoustic guitar, panpipe-style flute and some synth effects follows and then we’re into “Full Moon of the Wolf”, a full-on screaming, throat-ripping attack-fest over speeding tremolo guitars and machine-gunning percussion. Hard to believe a real drummer is going hell-for-leather at a speed usually attained by programmed synth drumming turned way up past 11 on the scale from 1 to 10. Also it’s hard to believe Strigoi can keep up the screeching without coughing up a few shredded bloodied lung cells. In the later part of the song when everyone slows down the bass guitar becomes the most prominent instrument in the mix while tremolo guitars assume an acid rain-shower background stance and the drumming becomes a bit relaxed. Church organ and distant wolf baying bring in cheese (and snickering) for dessert.

With horrific shrieking frost vocals, bass guitar that often leads the way in melody, excellent drumming and constant grinding trash tremolo guitars, WR have a definite albeit thin sound. Sometimes those guitars seem to be on the verge of cracking and breaking up completely. WR sometimes have to rely on synths to bulk up the music so it sounds much more intense. The drumming is called on to beef up the music as well. Better quality instruments and production might help to iron out the band’s problems with its sound and allow the musicians to reach their ambitions sooner than later. The variety of moods and music in both “Dark Kingdom …” and “Full Moon …” demonstrates good song composition talent and skill. WR play tight enough as a unit but not too much so, and at this stage of their career enthusiasm and passion for their music are very strong.

I can do without the kitsch Transylvanian wolves and organ, though they do add to the sense of a ritual on this demo and show that WR don’t take themselves too seriously. As long as they’re serious about playing energetic and fierce music, and can add some real fangs and blood when at last a label can offer them a better recording studio, that’s what I care about! Fangs for the music, guys!