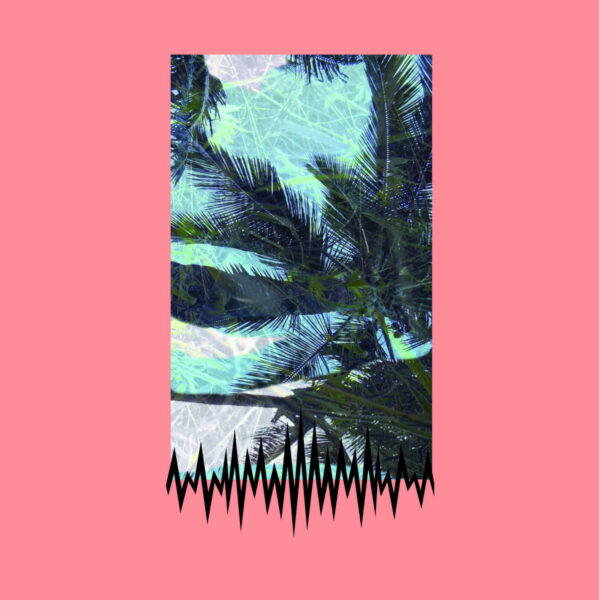 For this, her sixth album, French electroacoustic artist Bérangère Maximin used as her source material various recordings made in urban parks and abandoned areas in cities she travelled through in Europe and reinterpreted these in her Home Sweet Home studio back in Paris. The result is an album in which the natural environment or urban wilderness is revealed as a fascinating world of great diversity and contrasts, all linked together and connected to (and of course intersected by) the man-made environments that abut that world. Using various objects, small percussion instruments, electric guitar, synthesiser, electronics and her own voice, Maximin recreates the moods, spaces and textures of that world. Self-contained, often playful, serene yet full of unexpected surprises, the world that is “Land of Waves” is a highly absorbing experience.

While hearing the whole work out – yes, I know it’s a double-LP set but it is worth listening to in one sitting, just as observing the natural world often demands the patience of the Biblical Job – for that full immersive effect, listeners can expect to be impressed by the details of Maximin’s observations and how they contribute to the creation of an electronic sound universe that in parts still replicate perfectly the sounds of nature. Nature and man-made environments either co-exist side by side, each preoccupied with its own activities, or at least they appear to interact much better than these usually do in real life or outside Europe anyway. The balance between the natural world and the man-made world on each track is usually spot on for that track with the result that the album sounds equally familiar and reassuring and at the same time edgy and sharp. Parts of the album can be noisy but there are practically no moments that shock or pose unpleasant surprises for listeners. Even seagulls (if Maximin encountered any) refrain from stealing tourists’ lunches. The even temperament of most tracks portray a mostly benign world where it would seem things have their place in a balanced network or ecosystem. Few threats exist that would throw that system into chaos and keep it going further down into chaos.

It’s a very relaxing tour through this world as imagined and brought into being by Maximin, a world that is also full of wonder and promise. A sense of adventure, of finding and seeing new and unusual environments and the beings in them, is present in most tracks. Despite its length, the album is light and easy on the ear with plenty of space within tracks. Even the hustle and bustle of the urban environments seem more orderly and even-tempered than chaotic and loud. For an experimental work of its nature, “Land of Waves” is very accessible and could easily be an introduction to experimental electroacoustic music to someone not familiar with this genre.