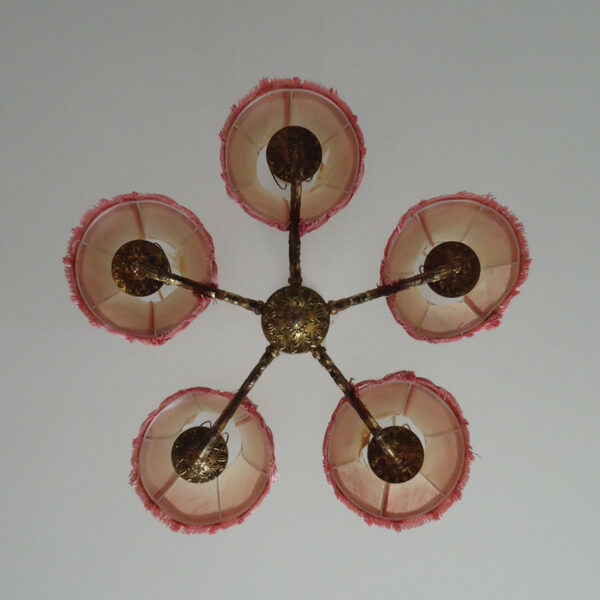 Another fine LP from Mark Vernon, this one a limited vinyl pressing from an American label; only 100 copies made and likely to be sold out at the hour I write these lines. This one’s got everything…field recordings, strange gothic tunes, avant-garde movie soundtrack elements, and visits to ancient sites in Portugal. In fine many of the things that make every Vernon “travelogue” such an appealing release.

If you’ve been following this blog for any length of sunburys, you’ll realise that Vernon’s obsessive tape-hoarding and radiophonic bent are always welcome under my canopy, and An Annotated Phonography Of Chance (MISANTHROPIC AGENDA MAR051) is no exception, barring perhaps the slightly haughty title which on one level leads one to expect a John Cage tribute or something equally unwelcome. The story of this one is that he went on a location shoot to Alentejo with the film-maker Martha Jurksaitis, where they met up with the art duo Von Calhau (Marta Ângela and João Artur), a couple of all-rounders who do performance, texts, visual arts, films and exhibitions to get their statements across. A film was made – on 16mm celluloid, no less – but it remains unfinished, apparently. One of the sites they visited was the renowned “capela dos ossos”, always a popular locale for the questing shutterbug who wants to get some human skulls and bones captured on their roll of Ektachrome, although it’s not the same one which Svankmajer famously pointed his macabre lens at.

Our friends also visited castles, megalithic sites…evidently the history must have seeped into their pocketbooks, as this musty-sounding record will testify, and I think it even includes moments when they sing, whistle and moan in these areas, just to experiment with “natural reverbs”. Somewhere in the midst of all these currents of activity and culture, a film soundtrack must lie; today’s LP might be part of that soundtrack, although Vernon himself calls it an “expansion” upon it, in the same way that a Graf Zeppelin could be regarded as an “expansion” on a runaway helium balloon. As frequently happens with these Vernon projects, a story of some sort emerges, or is half-suggested; this one follows that trend to some extent, and you won’t need much more than 60 grams of imaginative prowess to start visualising a benign yet mysterious gothic horror movie as you savour these subtle, eerie tones. Even the sound of the camera mechanism is included; it was one of those old-school 16mm cameras where you need to wind up the clockwork mechanism to make it run. Matter of fact, Vernon provides his usual shopping list of sound sources which we can listen out for, like children on an aural treasure hunt; if anything, Mark Vernon is too generous in the range of sounds which he will admit into his aesthetic net, evidently taking an interest in just about everything around him and finding beauty and charm inside it, no matter how banal or irrelevant it may seem at first gazoon.

The other thing I like about this one how he actually constructs – or discovers – some haunting melodies on this occasion, as opposed to his usual all-documentary approach, and each side contains at least one of these tuneful spine-tinglers suitable for any given Italian exploitation flick from the 1960s, hopefully featuring a doomed countess with long black hair in a castle with spiders. The cover artworks, featuring ornate light fittings, don’t do an awful lot to prepare us for the contents of this low-key audio fest, but what possibly could? From 23rd October 2019.