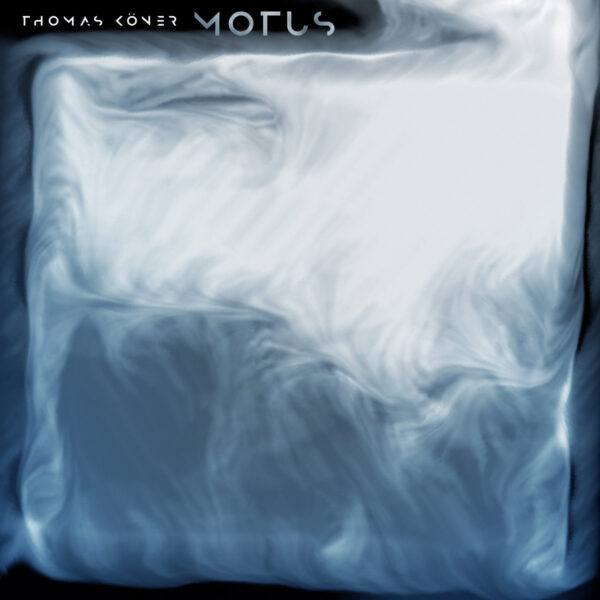 How nice to hear again from Thomas Köner, that German composer and electronic experimenter who so enchanted us all in the early 1990s with his records for Barooni, such as Permafrost and Teimo. I think he was notable at one time for working with brushed gongs as sound sources, building as it were on one of Stockhausen’s amplified tam-tam experiments. Köner’s evidently not sitting still nor resting on former olives, judging by this fab new double LP he’s made for Mille Plateaux, called simply Motus (MILLE PLATEAUX MP6). It’s all made with analogue synthesizers and it’s a real winner of grumbly, monotonous, single-minded non-specific noise…what’s not to like?

Eight tracks of fulminating long-form exploratory delverment shall be thine, with cryptic titles like ‘Potential (Sustain)’ and ‘Oscillator (Luminous)’, titles which seem to have aspirations to be mistaken for philosophical watchwords as much as they work as parts of the synth-owner’s manual. My favourite title, and yours too I expect, has to be ‘Substance (Suicide)’, a turning point at which the Motus record starts to morph into a meditation on the meaning of life, while also glancing with one eye at the shelf where the works of Martin Rev and Alan Vega are neatly housed. We’ve also got the cover art, a photograph by Thomas Köner, an affair in blue and white – perhaps a close-up of an ice cube, given his long-term fixation on “cold” themes, or a view of inert gases mixing together in his forbidden physicist’s chamber. I’m also scanning the press release, which contains a series of disconnected musings by the composer, leaving me none the wiser. He’s aiming high, that’s for sure. It’s not about music or process or synths, but about a whole lifestyle, a means of engaging with sounds and with emotion…he likens it all to a dance, at which point he starts to speculate about the utopian future to come where records like Motus will be accepted as mainstream dancefloor fodder.

Yet along with the dance, he wants to find freedom on his own terms, a way of being that is “free of clock, and groove, free of rhythm”. Plenty of contradictory tensions in these utterances, but they pass into the music too; despite it being all of a piece, every track occupying the same zone of sullen semi-rhythmic groaning and churning, you always get the sense of an organism at war with itself, as if tearing away at its own fabric in order to achieve total emancipation. This all seems to point to Köner’s ultimate aim, a reconciliation of the soul and the body; and may be why he’s insistent on reminding us of the various possible meanings of the word Motus, or to be more precise the many English words that have been derived from this Latin root.

Even without these layers of meaning…Motus is a real avant-groover for this listener, satisfying one’s thirst for dynamic pulsations as much as it delivers in the noise and formless blob departments, and manages to insinuate itself in many ambiguous ways. The music of Thomas Köner is becoming a type of gas, escaping solid form, spreading where it may for those who dare to breathe it in. Can be inhaled as double vinyl or a CD, besides the usual digital download formats. From 21st February 2020.