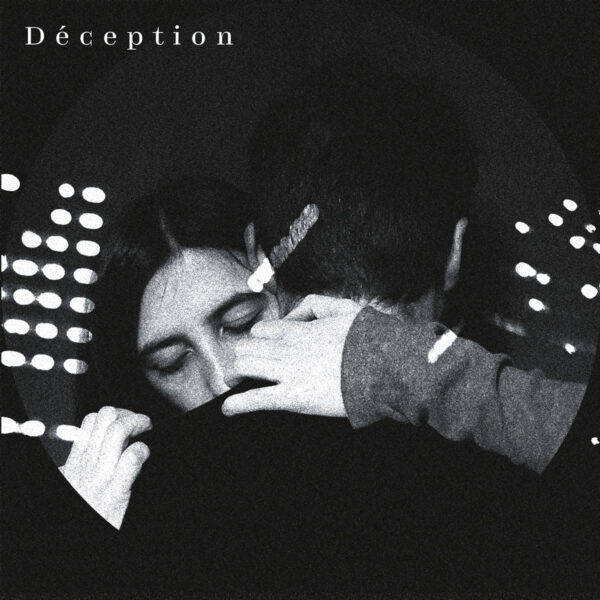 Its four members known only by three-digit numbers 501, 735, 739 and 813, French depressive / suicidal black metallers Déception purvey a very distinct brand of their chosen genre which is immersive and nearly all-instrumental, in which the vocals form one of many bleak layers in the music. Just about everything the musicians bring to the music is filled with pain, agony and despair: even the clean-toned synthesiser melodies cannot offer any comfort. At just under 28 minutes in length, in theory this album can and should be heard in its entirety in one sitting for the full encompassing experience of inner mental and spiritual chaos and hopelessness – but with each track so deep in utter desolation, I daresay those 28 minutes will be the longest 28 minutes in your life if you try sticking with the recording all the way through. On the other hand, listening to each song separately will only give you a small part of what the whole album aims at – you need to know just how deep and total the despair is, by hearing the album in its totality and knowing that feeling of clutching at the smallest rays of hope offered by a new track, only for those hopes to be dashed by a change of melody or instrument later on.

While the choice of instruments on this album conforms to the usual DSBM combination of guitars, shrieky vocals, bass and drums, with occasional piano and other keyboards, and the music does feature riffs and melodies, the delivery and pace of songs are what make this music very different from the bulk of DSBM: the repetition and glacial speeds bring a near-experimental droning edge to the guitars, and the sporadic way in which the percussion is used – there are long passages where the drums are absent entirely – renders the music more ambient and atmospheric than it otherwise would be. The time-keeping function of the drums is removed entirely and listeners become much more aware of the drumming when it does feature. With droning guitars and drawn-out keyboard wash, the music becomes spacious and spreads over and through your head, and becomes a highly personal and emotional experience.

For a self-released album, its sound is not bad at all and the keyboards can be surprisingly clear and fresh. The production which gives the guitars, drums and vocals a rough, almost trashy feel might flatten them a bit and blunt any raw edges but it does emphasise the utter hopeless nature of the music. You do get the sense of the musicians reaching out to you in vain for help, and you yourself being unable to do anything for them, lost as they are behind a veil separating their universe from ours.

I guess an album of the nature of “Ressources Humaines”, concentrating as it does on experiencing depression and suicidal thoughts, does have its limitations: any development of themes or issues is impossible in a context where rationality and progress do not exist and have no meaning, and suffering is always the beginning, the middle and the end. By necessity perhaps, the album is short, if only to avoid monotony and repetition, and the dreary banality that comes with such sameness … but then, listeners miss out on knowing something essential about depression: that a major part of what makes it so terrible is the monotony, the repetition and the lacklustre feelings that accompany them.