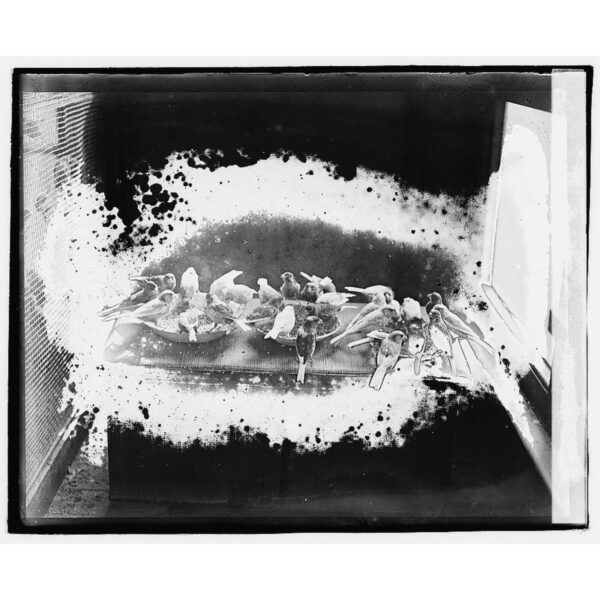 Unusual cassette item from Tanuki Records is Ecstatic & Wingless Bird-Imitation on Four Continents, ca. 1910-44 (TANUKI RECORDS #19). On it, we have bird song – not field recordings of birds but rather old commercial recordings of bird imitations, created by men and women who were able to make bird sounds with their whistling.

As promised, it’s not only a semi-historical survey, but does indeed cover many parts of the globe, including Australia, Paris, and various states of the USA. Probably the most gifted and unusual one here is Charles Kellogg, who did it using his throat rather than by whistling; he explains on the record that this is something he was born with and that his interior apparatus actually resembles a syrinx, that part of the bird’s anatomy located near its windpipe. Kellogg performed this way as a vaudeville act on American stages, and managed to commit his work to record in 1919. The noise he makes is certainly uncanny, but I find it slightly grating the way he keeps turning it into an entertaining “act” for the benefit of the listener, with soppy stories and prolix commentary, just a step away from a sentimental Disney nature movie. Still, he’s easier to take than the annoying Australian fellow who shows up on side two with his 1944 recordings; too much yapping, not enough trilling, and awkward attempts at humour that have not aged well.

There’s also Margaret McKee, another 1920s entertainer who used to appear lowered onto the stage in a huge cage wearing yellow feathers as part of her canary act, and in fact studied at a school of “Artistic Whistling” in California. Now that I look at it, I’d guess that most of these recordings were probably intended as novelty records or light entertainment, with the possible exception of the 1920 Bombay recording put out on HMV, which might at a stretch fit in with a survey of other Eastern records from that period of music, speech, and theatre; and it doesn’t confine itself to birds, but also includes insects. I can sense this particular 78 is a record that Climax Golden Twins ought to own.

I was sent a copy with a short booklet, which includes a sketchy essay researched and written by persons unknown; it sets out to prove that imitating birds is an ancient human practice, and we have historical evidence of it going back as far as 40,000 B.C., if you include bird flutes made from bone. The contention is that bird-imitation as a human activity might even pre-date spoken language or music-making. This oddity originally came out in 2015 on Canary Records, in digital-only form; now you can own it on cassette. From 25 May 2016.