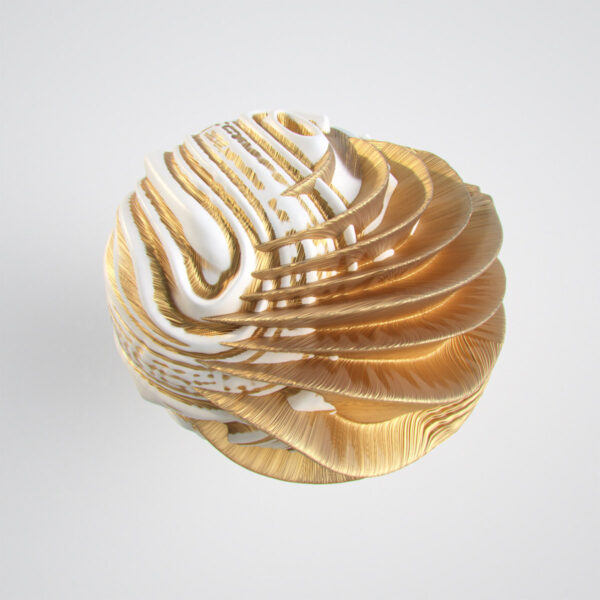 A gorgeous and beautiful album of ambient noise electronic music built from found sounds and field recordings, “Opaquer” sounds like the kind of recording that should have been released by the likes of Editions Mego or – what was that UK-based label founded way back in the early 1980s that seemed to go off the rails in the late 1990s / early 2000s and ended up being a label for musical wallpaper: Touch? – or similar labels in competition with that Austrian label to release experimental electronic ambient recordings. Instead “Opaquer” has come out on Michigan-based label Dagoretti Records who make it their business to promote African-based artists. KMRU is the project of Kenyan sound artist Joseph Kamaru (not to be confused with his more famous grandfather Joseph Kamaru, a political activist as well as a musician involved in the Kenyan popular music scene from 1965 to the late 1980s, who died in 2018) who knits together audio collages from found sounds and field recordings. Kamaru the younger began his music career as a classical guitarist at university in Nairobi before graduating to playing house and techno as a DJ. He began incorporating field recordings into his DJ sets and from there his sound collage music began to develop. In 2020, KMRU releases three recordings, one of which, “Peel”, a whopping 75-minute monster-werk, already is out on … Editions Mego! … and a third “Jar” has just been released by Germany’s Seil Records.

The first impression people will have of “Opaquer” is how quiet and shimmery it is, and (given its found sound origins and the mode of the music’s constructions) how smoothly and seamlessly constructed it all is. One might have thought that field recordings made in the urban soundscapes of cities like Nairobi and Montreal where Kamaru lived until early in 2020, just before the global COVID-19 pandemic lockdown, would convey something of the unease and instability of modern urban living in the post-911 world, with political / economic / social neoliberalism rampant and living standards declining in so many societies. Indeed there is an attitude across the music that seems rather ambiguous and mixed, and some field recordings that seem to have been left relatively untreated compared to others bring tension and uncertainty to otherwise smooth, even bland background music. Just when you think the music is settling into snooze territory, along come steely silicon insect buzz and silvery cricket drone noise, bringing a sharp edgy quality that disturbs one’s peace.

The eight tracks can be heard as one continuous soundscape of noise in constant motion. “Opaquer” really does sound like continuous music even though the sound collages are stitched together from non-music sources. In early tracks, Kamaru hits a peak quickly and for a while the music coasts along its own plateau but from the fifth track “Lost Ones” on, the noises become much more interesting and active. The mood becomes less ambiguous and more definite, and real determination and a strong sense of purpose are present. Visions of closely packed glittering metal sculptures rising several kilometres from the ground, some of which could well incorporate living organic materials, and all passing data among themselves to make sense of their immediate environment, what each and all of them are thinking and feeling, anticipating what they are all going to do next, and responding accordingly, rise behind closed eyelids. Multi-layered and highly atmospheric tracks like “Mean Farms”, “Canthenta” and “Dialog Needs” show an artist fully confident in the sound worlds flowing from his fingers.

Here is definitely an artist worth watching to see where he will go next. Kamaru has real potential as a noise electronics creator of incredible atmospheric sound art pieces and soundtracks to imaginary films of future cyborg societies.