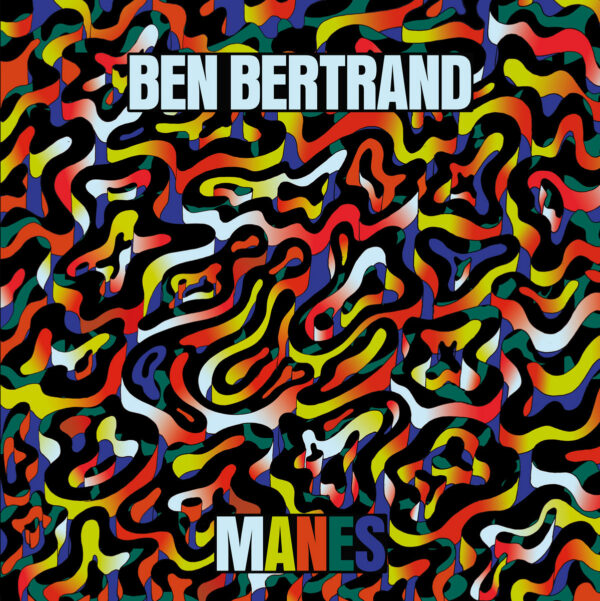 From Belgium with his bass clarinet and electronic set-up, we have Ben Bertrand and his album Manes (STROOM STRLP-038 / LES ALBUMS CLAUS LAC015). Last heard Ben in these quarters with his intriguing NGC 1999 album from 2018, with great track titles like ‘Orion Molecular Cloud’ and a record which evoked for Stuart Marshall “teasing glimpses into a quirky, micro-sound-world still rich in the radiophonic magic long since spent by the Ghost Box regulars”.

Those that are in the know report that Ben Bertrand owns “countless machines” to process this clarinet of his, and is capable of doing a live show where he can generate these enhanced streams of music to generally hypnotic effect. I assume there’s everything here from loop-stations and delay units to help him generate these long-form statements, statements formed from fairly simple tunes and utterances from woodwind device, and whatever bonus effects pedals and shiny boxes are needed to burnish the surface, add oscillating shimmer, internal throbbages, and extract hidden tonalities. None of this is to suggest that Ben Bertrand is using his set-up as a prop to disguise lack of musical ability; rather, I’d like to think he’s evolved and is evolving a very integrated way of creating music which allows him full expression and fulfill his own unique artistic voice. To put it another way, each puff and fingering gesture is inseparable from the machinery that transforms it into a multi-faceted fabric of overlapping patterns and sheets. All of this is remarkably accessible and user-friendly, a point which is not lost on his friend Tommy Denys, who provided the sleeve note and speaks warmly of the “endless abundance of variations” that stream from this clarinet, “a web of sounds that are…easy to absorb.” He evidently enjoys the experience of listening to this gently-lapping and deceptively simple music, likening it to staring out to sea and watching “a slow-motion [film] of our crazy life sailing by”.

Fave title here is ‘Morton and Gyorgy In the Battista Mist’, which proposes a meeting of Morton Feldman and Ligeti in some half-defined musical paradise. With vocal contribution from Claire Vailler on ‘Incantation 3’ and the technical support of recording engineer Christophe Albertijn. From 12th March 2020.