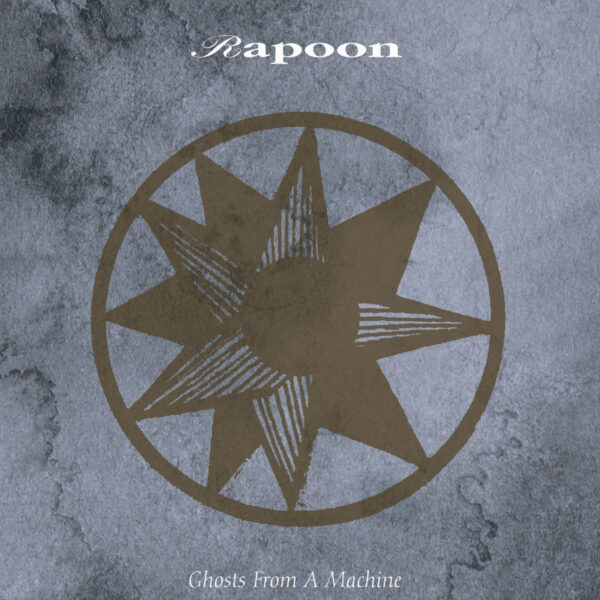 The Polish Zoharum label continue their devoted plan to reissue works by Rapoon and keep in print the music of Robin Storey. Their last such item was Darker By Light, a reissue of a 1996 release which it so happens was missing from my Rapoon collection, making it welcome. Today’s 3-CD set also takes us back to the 1990s. Ghosts From A Machine (ZOHARUM ZOHAR 194-2) contains materials associated with four of the earliest Rapoon records, from Raising Earthly Spirits (1993) to Easterly Six Or Seven (1997), all of them originally on the Staalplaat imprint.

Ghosts From A Machine first came out on Frank Maier’s Vinyl On Demand label as three LPs in 2010, and our Polish friends took it on themselves to reissue the whole set as is, on the grounds that the original is “a rare collector’s item” (a fate awaiting many of the fine LPs which Maier puts out). The material here is all different versions of content from those four CDs, designated as “sub-mixes” or “early mixes” or “early working mixes”, or (my favourite) “very early mixes”; which seems to be four different ways of saying they are snapshots of work in progress. Storey did the original selection in 2010, a task which Maier may have had a hand in; meanwhile Maciej Mehring of Zoharum is claiming some input into this new version, which is referred to as “a sort of replica”. I suppose I’m labouring a point here, but it’s to do with processing and reprocessing, which I guess is what lies at the heart of Rapoon’s work from this period.

This generous helping of recordings illustrates something about how he achieves his sublime results. I don’t share the view that this constitutes “an entirely new album”, as there’s so much music here that it sprawls like mystic mandalas across an ancient ethnic ocean, and you don’t quite get the focus and intensity that you find on the original albums. What you do get is something rather different, and very rewarding; the music here is unfinished and nebulous, much less overpowering than the finished versions; it’s great to find a little space and air in amongst all of these layers and loops. Even some of the much-vaunted samples of ethnic music are easier to discern. In short, we’re seeing the Rapoon landscapes before they became surrounded in the divine pink fog, which I guess must have been the finishing touch for this very able creator. From 23rd March 2020.