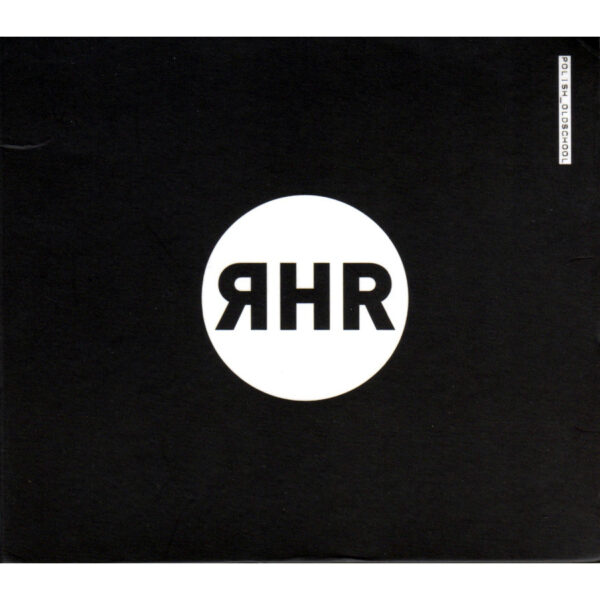 From the Polish Bolt Records label, we have two related CDs housed in a slipcase, presenting the work of Roman Haubenstock-Ramati. We’ll look at the first one of these today. The releases represent another entry in this imprint’s “Polish_Oldschool” series, which has been applied to CDs of Zygmunt Krauze, Witold Slazonek, and Tomasz Sikorski released on Bolt.

Roman Haubenstock-Ramati is an entirely new name to me. I was hoping for an introductory history to his work in the enclosed booklet to Decisions (BOLT RECORDS BR 1064), but the context and dates remain sketchy; he was evidently a 20th century composer with an interest in graphic scores, and produced some tape compositions in 1957 at the GRM in Paris. I find he was born in Krakow, lived and worked in Tel Aviv and Vienna, and produced a long string of works between 1948 and 1993. From this list, it looks like the tape composition period was a rather short blip in his career; just four works in the musique concrète mode, after which his work moves into orchestral and chamber ensemble scores, although some of them had acousmatic elements (loudspeakers) and tapes added. Two of the 1957 tape works, ‘L’Amen De Verre’ and ‘Passacaille’, are used to top and tail this CD.

However, the main focus of this release is three interpretations of his graphical score composition by modern electronic artists, specifically Décisions, a piece whose given dates are 1959 to 1971, suggesting that it went through a long gestation process, or a series of revisions. The Wikipedia page describes it as “graphic scores for undefined sound sources”, and it’s this use of the graphic score that intrigues Jan Topolski, the writer of the booklet to today’s record. He evidently sees Haubenstock-Ramati as a major innovator, “a pioneer of a new kind of relationship between a composer and an interpreter – maintained via graphic and indeterminate graphic symbols”. To put this in context, we have to understand that Haubenstock-Ramati had already learned serial composition (the method which influenced, or blighted, the course of much 20th century music composition) but grew frustrated with its limitations. The dilemma is expressed in the booklet in mostly musicological terms which elude me, but I think I can just about grasp it when a visual analogue is described. What happened was that the composer saw the mobiles of Alexander Calder, and he perceived therein a kind of open framework – where shapes could acquire new forms just by moving around in the air, and in time. It’s plausible to read a Calder mobile as a set of rules – a composition if you like, but one with more freedom and dynamics than we find with the closed systems of serialism, whose logical dictates can lead us into an artistic cul-de-sac.

The other aspect to mention here is duration. The booklet has a fascinating quote from Robert Ashley about how graphic scores developed in the 20th century. It’s based on the idea that a composer could represent time by using visual motifs, shapes taking up space on the paper. It seems to have been quite a radical break from the traditions of Western musical notation to try it this way, although Ashley may have been unconvinced by it all – he calls it a “hypothesis”, leading to a series of experiments, but doesn’t seem to think anything has been proved. Haubenstock-Ramati on the other hand, became so attuned to working this way that he was convinced it would be possible to “play” paintings by Kandinsky or Miro as music, and seemed dismayed that it had never been seriously attempted. 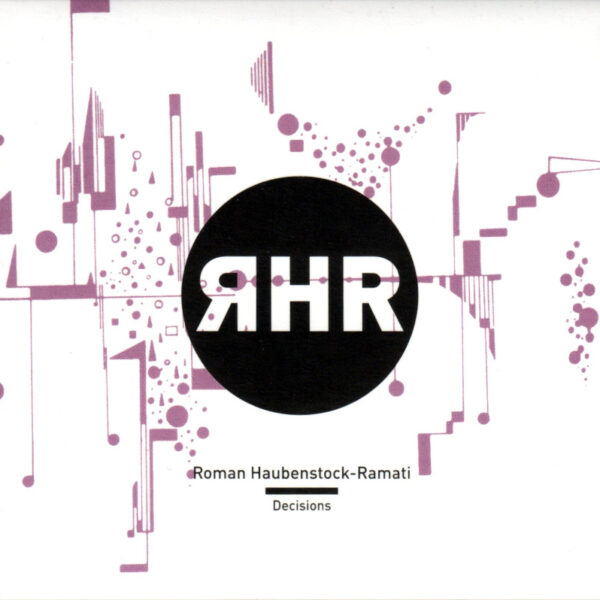 From all this, and the elliptical information printed in the booklet, it emerges that Décisions is a graphic score which was designed to be extremely open to interpretation by its players, thus escaping the serialism trap. It seems they comprise 18 pages of abstract information, presented as 9 arrays of graphical shapes (geometric in nature) and a mirror-image version of same. This points to a symmetry in the whole schema, arrived at by this very simple expedient of inverting the graphics. The player is left to their own devices about what system they use to decode this information, how to play dynamics and articulation. Even the size of the symbolic shapes, and what they mean, is up for grabs. On this record we hear versions played by Thomas Lehn, Peter Ablinger, and Mark Fell. Three pieces of fascinating electronic music result, which ought to be expected given the credentials of these three excellent players.

Lehn’s past work with the analogue synth shows he has reached a point where few can match him; I think we last heard him on the amazing Neue Bilder record with Marcus Schmickler, where he exhibited superhuman control over what (to me) seemed like very powerful sonic energies. For his 2019 interpretation of ‘Decisions’, clocking in at 21:47, we have something extremely strange and hard to follow, where the internal logic is all but impenetrable as we try to make sense of these textures, timbres, and non-human signals. I’ve rarely felt so lost, so alienated, inside an environment. Yet I assume this is Lehn’s way of holding true to the spirit of the composition; it’s certainly got that open, porous quality that Haubenstock-Ramati was looking for, the sense that we could walk around the piece like it was a sculpture, rather than follow it like a straight line. Approached this way, Lehn’s effort can seem less intimidating.

Peter Ablinger turns in the most accessible of the three. At 3:43, it’s also the shortest (mainly because he only played a segment of the whole score), and has a more user-friendly surface; in parts, it’s not far away from modern techno-influenced electronica with its detectable use of mixing-desk filters, resulting in a tune of sorts buried in among the disconnected tones. (There’s an explanation for why there’s a tune, but I’ll leave you to discover it.) I seem to recall this Berlin-based composer has his own ideas about music, space, and time, which make him a highly suitable candidate for this project.

Mark Fell has impressed us in the past with his highly minimal work for Raster-Noton and Editions Mego. At 18:04, his version is of comparable length to the Lehn piece, but sonically it is completely different. As this point I’ll make the same rather banal observation about how this proves a graphic score can be a very efficient generator of a lot of very different music, depending on who you give the score to; I guess that’s the whole idea. Fell might be playing samples here, as I seem to hear sounds resembling strings (and guitar strings) being bowed or plucked, but they occur in among a raft of many other non-specific sounds, as if he’s trying to make a point about the orchestra and its role in the 21st century. Of the three, he has the most mosaic-like style, opting for small fragments of musical information which gradually coalesce; a sense of depth, or space, is implied as surely as if he’s shining small beams of light on the walls and ceiling of a long tunnel.

Further details about the decisions made by Lehn, Ablinger and Fell are included in the notes; they evidently took the task very seriously and made a lot of preparations, paying close attention to the form of the score, and what they choose to select and emphasise is quite revealing. I’m still wondering if the symmetry alluded to earlier might show up in the music, but it will require several more listens. All of this verbiage may give the impression of a cold and cerebral exercise, but there are nuances of form and practice at work here which are well worth engaging with.