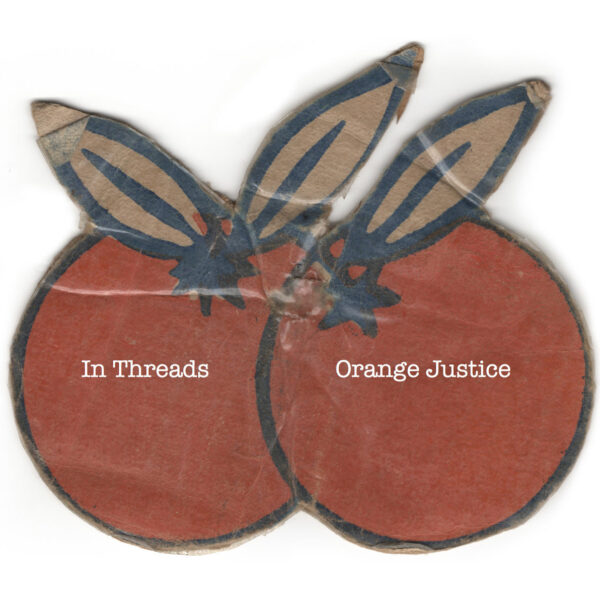 Free Jazz! And lots of it. Rockin’ free jazz, too. And quieter moments. I was labouring under the assumption that it is named after Mouvement des gilets jaunes but my son informs me that it is actually referencing an “emote” – or celebratory dance – from the computer game Fortnite derived from an infamous YouTube video of a group of cyber-goths doing their thing under a bridge somewhere. Taking turns to play the role of Cuddle Team Leader are James Parsons on drums, cymbals and percussion, the music writer Daniel Spicer on piano, bugle, bamboo saxophone, voice , percussion, kalimba and harmonica and Verity Spott on cello and acoustic guitar. Parsons and Spicer have previous form in the infamous Brighton-based battlebus Bolide / Bolide Awkwardstra, while Spott has also performed with Karl Waugh in Binnsclagg and promotes her spoken word/poetry events in Brighton under the banner Horseplay. Additionally, Spicer has solo smooth moves released on The Slightly Off Kilter Label and My Dance The Skull imprints. His recent When You’re Gone We Miss You When You’re Here We Wish You’d Go Away is certainly also worth your attention. As far as I am aware, at the time of writing In Threads are yet to tour extensively, but have already performed at Cafe OTO, Brighton Alternative Jazz Festival, Safehouse, Aural Detritus Concert Series, The Verdict Jazz Club, and the Hi-Zero poetry/spoken word nights as well as at an all-day event organised by Eyeless Records. Plus, for those of you with an interest in comics, drummer James Parsons has a parallel life as Dr Parsons, author and illustrator of Tony and Me: By Georg Bush, and This Is War by Georg Bush.

Previously, a self-titled collection of improvisations from their first meeting was released by Beartown in 2015, making Orange Justice their first full-length offering. This is a lively mix of live and studio recordings by this very capable, non doctrinaire trio. Given that both Spicer and Spott also work with spoken word, I initially wondered if the track titles could be lines from poems but apparently they are actually derived from between-song studio banter in the time-honoured muso fashion. What is really appealing about In Threads is the way they pick out the component parts of melodies like Scrabble players choosing their tiles.. The sheer excess amount of fun in the room is palpable. And they can blow hard when they want to – it’s not all precious eai manouvres. Spicer knows his onions when it comes to free jazz having set up and headed the Brighton Alternative Jazz Festival for the past few years. This is a taut grouping with a sense of fun.

“The Weather” features great use of atmospheric piano chords while”I Dipped My Moon Tube In It” foregrounds bop piano in a kind of mutant electro-shuffle. With “Margate In My Soul”, despite Broadstairs having arguably the better seafront and Victorian architecture; who can fail to be enchanted by the golden sands, the Turner Contemporary gallery, the partially submerged Gormley, or the surrounding bleak yet wonderful coastline? We all love Margate, don’t we? Sweaty Sands? Beach volleyball in late July? I should say so. “Victory In The North” is free blasting skronk attack and shouting reminiscent of Parson’s and Spicer’s other band Bolide’s loose extropolations, while “The Mausoleum” also demonstrates the trio’s more exuberant side – shouting, scratching, hammering, and horn blatt. Just my cup of tea, in an edition of 80 vinyl. Dropping on retail row now.