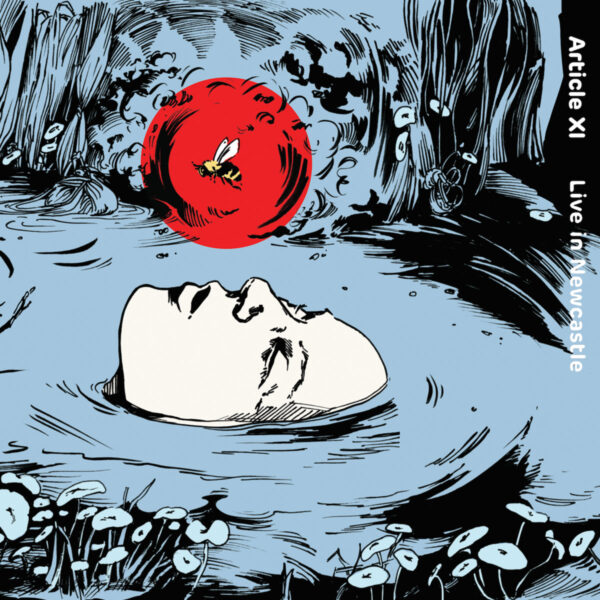 With major involvement in Beck Hunters, The Caines/Archer Axis and the Storytellers sextet, bandleader/guitarist Anton Hunter is fast becoming a fairly regular presence at ‘Le Club Discus’. His most recent recording project, Article XI initially came to fruition back in 2014 when Anton was commissioned by the Manchester Jazz Festival to create a number of scores for an expanded instrumental set-up. three years later, and this time at the behest of ‘Jazz North East’, a live set was recorded at the Bridge Hotel as part of a double-header with Cath Roberts’ Favourite Animals; another large, stage-crowding concern.

Not that we should quickly shuffle past a great respraying job on “Not the Kind of Jazz you Like” (a title coined from a Stewart Lee routine and featuring some barnstorming baritone sax from Cath Roberts), but the focus of attention really leans towards a pair of new eleven minute plus tracks, in which that alluring glint of an eight strong brass frontline is thankfully never far away.

The first, “Municrination” (not a word that the O.E.D. particularly likes), sees some stately elongated lines of a decidedly cool euro jazz shade being torn up by the roots by a bullish trumpet solo and a collective noun of free-blowing parpage that ties itself into a series of elegantly constructed knots. At times bringing to mind Sun Ra, caught in that brief moment between cosmic nightmare and full blown conciousness.

“Always a Fox” meanwhile, (referring to Leicester City’s shock smash ‘n’grab league title win back in 2016), is a complex body of work forged in seven segments. The interludes or links between these, deliberately tippexed and/or smudged in order to keep things fresh and happening for any future live performance.

As to the bizarro three-panelled sleeve image, I did wonder if the artist Angela Guyton might just be riffing on “Ophelia” 1 by Southampton’s finest export John Everett Millais? But no, apparently this artwork, “I Dreamed I Spat out a Bee” has its origins in a dream that Anton’s partner had and is now captured for posterity doublefold, as it’s also the title of this collection’s closing track. Another splendid retooling of a number from their debut recording.