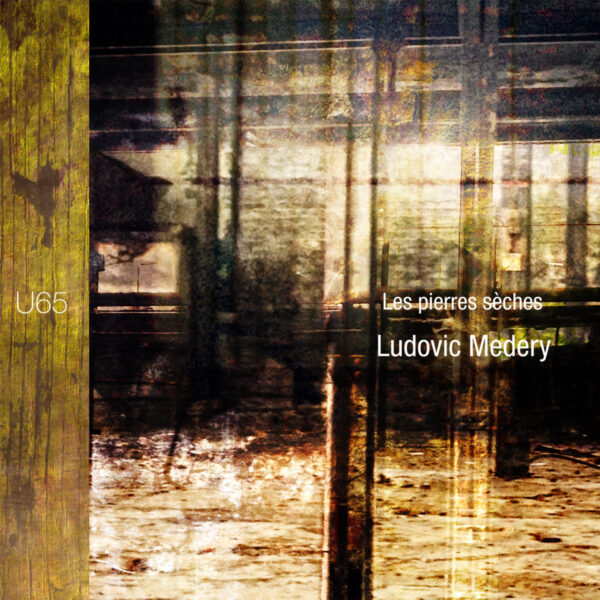 A newcomer to The Sound Projector, Belgian sound artist / composer / social worker Ludovic Medery had already made fifteen recordings, all of them self-released, before he released his first work on a label, “EMERgences” on Daniel Crokaert’s Unfathomless. Medery presents his second work “Les pierres sèches”, also on Unfathomless, based on recordings made in a disused factory in Liège, a post-industrial city in Belgium, over a period of six months in 2016. The abandoned factory sits next to an esplanade built and completed in 2006 on the site of a former prison. In this recording, Medery explores the history of the factory and the prison, as it were, in their current context of a deindustrialised environment in an ongoing economic and social slump with abandoned buildings and empty shopfronts.

The work is continuous though it may be made up of many recordings made at different times in 2016 and not necessarily in chronological order. Near-constant birdsong, cricket scree (some of which sounds electronic) and the background noise of children’s chatter as the youngsters play in the streets around the factory interact with the crunch of noise, crackle, scratch and other sounds, bringing together and contrasting the ghosts of the factory’s past, when it must have been bustling with the humming and grinding of machines, perhaps the banging and clanking of hammers and other implments the shouts of workers above the continuous machine noises and the clatter of people’s footsteps over hard floors, with the current reality of quiet, forlorn abandonment and perhaps desolation. What listeners notice most is the continuous juxtaposition of the interior sounds and noises of the former factory and prison with the exterior sounds, with the result that both sets of sounds highlight one another and engage in continuous dialogue. A distinct atmosphere emerges: one can almost see the light grey skies and smell a faint whiff of rust and dank water puddles in the wide spaces of the former factory.

As “Les pierres …” continues, it starts to become very interesting about the 20th minute when a series of whippy noises starts up, and listeners may wonder what sort of factory work might have taken place here, that these whooshing sounds are the result, or whether these represent whippings and beatings of workers (who might also have been prisoners) in the factory for various transgressions. Only the walls of the factory and the stones set in the esplanade can tell us if they could speak, and yet they are growing more and more silent through dilapidation and disrepair. Mould grows across them, muffling any voice they have. Young people scream and cry and sharp crackling sounds cut across their voices.

This album turns out to be a highly absorbing and intriguing work of mystery, nostalgia of a sort (though I daresay the ghosts in the walls would not have great stories to tell of how people were treated in the factory and the prison) and dark secrets that even the ghosts themselves would be afraid to recount. Long after the album ends, the images of the disused factory and prison, the spaces within the remaining building, and what exists around it now remain with the listener.