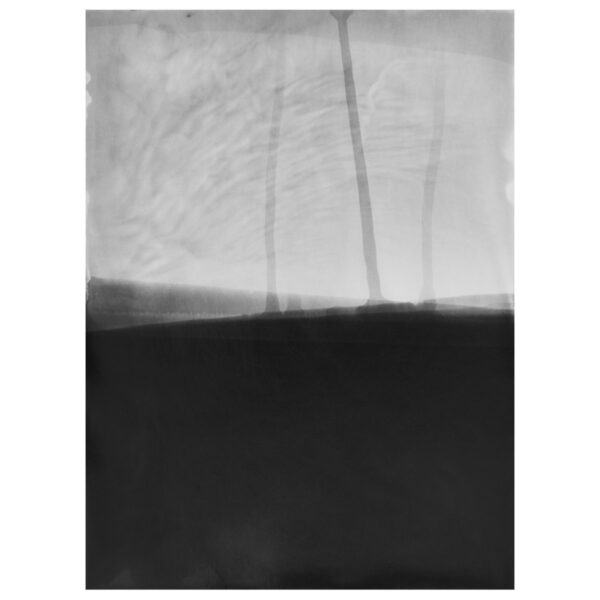 One from the Finnish Underground (or what once was) is this particle collision between noiseniks Pakasteet (aka Jussi Lehtisalo of Circle-fame and filmmaker Mika Taanila) and ostensibly art-school type Draama-Helmi. The hype sticker bills Tyhjä Risteys as a smash-up of ‘avant hip-hop’ and ‘no wave’, and while neither term really carries water, Pakasteet’s roots run deep into the halcyon days of DIY ingenuity 1 and tape trading that informed the genesis of such styles, not to mention relevant but overused genre descriptors like ‘synthwave’ and ‘industrial’. Laced with all of these, their tried and tested, hell-for-leather modular mashup approach – the defining flavour of both releases like 2018’s Pula and this too, is tamed by Draama-Helmi’s urbane delivery and, er, rubber glove.

Locking synths, the trio temper the exuberance of Pakasteet’s beat-laden, cut-up Sturm und Drang with matter-of-fact monologues that keep at least half the tracks sedated. To the boys’ signature sound, Draama-Helmi brings a catchy and cryptic melody, more question than statement, in ‘Suudelma’, and is the unflappable soul of self-control in the distortion-drowned beatdown of ‘Alibi’, even if she’s eventually subsumed into a machine-filled void. I sense that her air of composure plays to Taanila’s cinematographic sensibilities in these gritty mise en scene. She varies her vocal presence only minimally, but scenes shift to suit her. Her influence may even extend to prompting vocal contributions from both Pakasteet members: Taanila’s muttered mantras in the dread-inducing ‘Rakentaja’, and Lehtisalo’s incongruously psychedelic madrigal, ‘Pisara Putoaa Hanasta’ (or it would be incongruous if this record weren’t so ‘anything goes’), which recalls his work in Circle.

Details are scarce on the collaboration’s origins but going by the off-the-cuff energy I sense that an ‘ask questions later’ spontaneity lies at the heart of things and that a frisson was felt throughout. Tyhjä Risteys is one of those records that blindsides you with its vitality and honesty, the way good pop should (a selective interpretation of ‘pop’, admittedly). Like earlier Pakasteet recordings, it’s immediate, ephemeral and fun to have around, but the stylistic contrast reveals much potential for Pakasteet’s laddish energy. The serendipitous grouping explodes with ideas so even dour moments sizzle with inspiration.