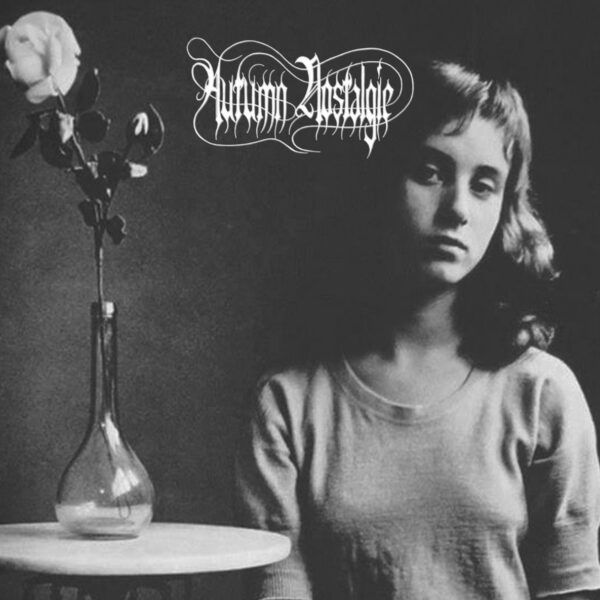 Black metal has more than its fair share of the harshest, ugliest and most depressing and unbearable music ever made but even in the midst of the darkest depths that genre and its offshoots have descended to, moments of beauty, elegance and grace can be found. One such gem is this album “Esse Est Percipi” which came out in June 2020, the first release for one-man post-BM / blackgaze project Autumn Nostalgie after 10 years of existence. The fellow who runs the Autumn Nostalgie project, known as A.G., is based in Trnava region in western Slovakia near the borders with Czechia, Austria and Hungary, and his background is Hungarian-speaking. Beyond this, I don’t know much else about A.G. or Autumn Nostalgie and cannot comment further on why this project has become active only very recently.

The album’s title “Esse Est Percipi” is derived from 17th-century Irish philosopher George Berkeley’s theory that the material world does not exist and that objects only exist if they are perceived by the mind. The theory may well be inspiration for the music itself: even in moments of isolation, loneliness and alienation, the listener can find and derive comfort and hope through perhaps conscious changes in mental perception. These conscious changes may involve self-discovery and a better awareness of what one is capable of doing and achieving. The music combines bleakness and desperation together with an attitude of hope and anticipation that things may get better. “Fallen Leaves”, the first proper song on the album, embodies this contrast: the guitar sound is dark and despondent, and reverb on it highlights feelings of abandonment and alienation, yet the melodies and riffs are filled with determination and energy. The harsh singing (in Hungarian) is upfront and clear though it does have to fight for attention with the shrill tremolo guitar riffing. “The Hidden Lake of the Forest” follows in a similar style: bleak, shrill in sound, yet brimming with confidence and featuring nature-based field recordings of birdsong and flowing water in a section of dreamy trance-like guitar flutter. In most songs the pace is steady even while the guitars are trilling very fast.

The early songs have a pop-friendly bent in their riffing and melodies, and are not very different from one another in that they all share high-pitched minimal tremolo guitar riff structures that go on and on while the vocals snarl and growl over the quivering six-strong chords. If the riffs are memorable, and they sometimes are on tracks like “Eternal Joy on the Mountain of Loneliness”, the monotony of the shrill riffing is not so bad – but there aren’t many riffs and melodies here that can hold listeners spellbound with their originality or power. Fortunately the music changes past the halfway mark with the all-ambient instrumental piece “The Transcendence of the Past Centuries” with soft graceful synthesiser drone taking over and bringing peace and serenity into the darkness.

The last couple of songs are not very remarkable and, for all the hard work A.G. puts into them with plaintive folk-like tremolo guitar melodies and frail synthesiser background wash, have a ponderous beat that saps the energy out of them. Closing track “Epilogue” is the better track of the two (the other being “Grey Horizons”) in its dream-like atmosphere and its first four minutes filled with nature sounds and soft guitars wrapped in mist bubbling out trance melodies. The song then turns into a triumphant trilling work of resonant bell-like guitars and a defiant attitude.

The music definitely improves after “Eternal Joy …” and listeners need to be patient and to follow the album’s narrative of despair and hopelessness being overcome by a shift in attitude that posits that even in the darkest, most depressive abysses, one can find joy and peace in loneliness and isolation. There will be times when life seems harder than usual, and the entire universe may be against you, but having inner peace and tranquillity will help a person survive and even thrive through what seem to be the blackest episodes of living. Beauty and grace can be found in such moments and the album has plenty of those moments where the music can be breath-taking in its elegance. Apart from the theme of hope and resilience, on the level of the individual songs, the music can be  monotonous and even be a bit stale the longer individual songs last.

To sum up, “Esse Est Percipi” is a mixed bag – but as the title says, to be is to be perceived, and that’s very much the case with this album.