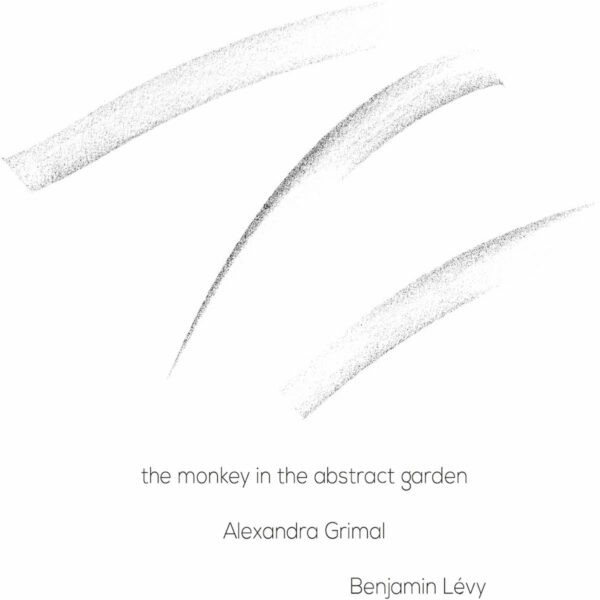 Double CD The Monkey In The Abstract Garden (OVNI OVN0003) from French saxophonist Alexandra Grimal released on the Ovni label (which might be her own imprint). She has a very fluid style on the soprano sax, and disc one contains nine pieces by her arranged under the rubric “Ma”, represented by a Japanese ideogram which translates literally as “gap” or “space”, but carries a deeper understanding to do with the suggestion of space, an implied space. Grimal goes on to elucidate this very nuanced meaning that a “ma” has in Japanese culture, especially artistic culture; it’s both very precise and very elusive, and we might not be able to find a direct corresponding value in European culture. Grimal stakes out intriguing territories, to do with “intervals”, “a sense of place”, and “a promise yet to be fulfilled”; from these rather metaphysical observations, we reach something concrete in the form of a declaration about “the silence between the notes which make the music”.

Although these may sound like the sort of observations John Cage might have made when he delved into Zen philosophy, the music on the grooves is in fact very far from being “silent”, and there isn’t actually much space in it at all; there’s a plenitude of music, and Grimal fills much of the available room with her ornate trills and inventive curlicues. The “Ma” set is certainly accessible and a pleasing listen, and has an integrity to the structure; the nine parts are very much of apiece, each one somehow “containing” the whole work within their concise boundaries. She credits herself with composition here, though these still feel like sax improvisations, albeit very carefully executed and planned. Not being familiar with her catalogue, I’m lacking the context, so can’t say much more than that.

The second disc is quite different – no saxophone at all, but the voice of Alexandra Grimal with interpolations and transformations wrought by the electronics of Benjamin Lévy. The Japanese characters carry across here into the ten titles, which allude to simple natural objects such as trees, birds, pollen, plant life, etc., and the intention is simply to create abstract “landscapes” of sound, which keep changing. While these audio experiments aren’t especially bold or inventive, they are very listenable, and there’s a real style and grace with which Grimal applies herself to this task, as she conveys a good deal of information with very minimal means. One is tempted, given the Japanese theme, to invite comparisons with Japanese visual art (such as the prints of Hokusai or Hiroshige). I’m finding more interest in this voice disc than the rather samey music on the saxophone disc, but I appreciate they are intended to represent two sides of the same abstract coin, and there is an honesty in Grimal’s plain-spoken work which is refreshing. From 24th July 2020.