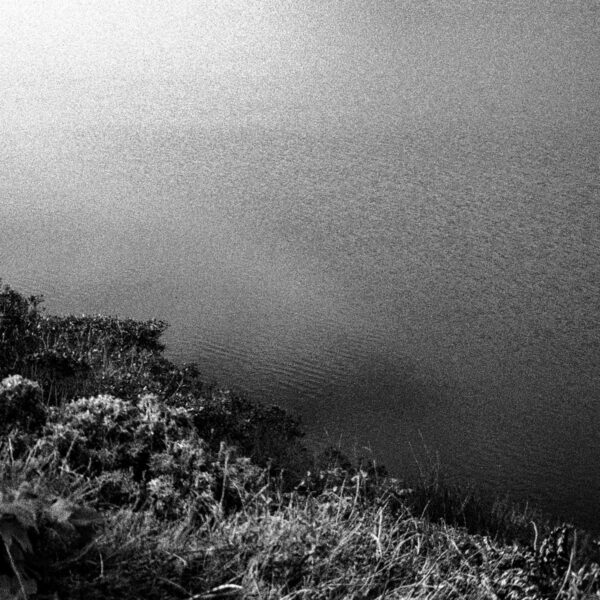 Pleasing string-based record from Ellen Fullman and Theresa Wong called Harbors (ROOM 40 RM 4123). Fullman is a significant American composer who invented and built her own long string instrument, a device which I’ve never seen, but which is as much an art installation as it is a musical instrument – it’s seventy feet long for one thing, and any audience for its music can’t help but find themselves right in the midst of its resonating presence. It uses the acoustics of a building and changes the architecture into music. Wong is a NYC-born cellist, composer and improviser living in San Francisco just now, and it was the foggy bays of that part of the United States that inspired today’s record; the two creators met during a residency there.

I suppose the first part is the “main event” due to its lengthy duration of 20:34, and the piece that showcases the harmonics and resonant drone of Ellen’s long-strings; did I mention they’re made of metal and you have to cover your fingers with rosin to play it? Slowly and gently, this first cut fills a lot of the available ether with its presence, but Part 2 allows us to savour the elliptical cello work of Wong. She leaves a lot of gaps, and when she does play a concise statement is mostly what emerges, with an unusual sound and possibly an unusual technique. Sometimes it appears she’s bumping the side of the instrument to generate semi-musical grunts. She also makes much use of open strings to generate gentle harmonics. I’d love to hear her play Morton Feldman. Formally, this record delivers a successful blend of stringed-instrument approaches to creating uncertain drones and unexpected resonant tones, harmonics, and the like; it also creates the impression of landscape painting, an immersive environment experience, and attempts to capture the fugitive shapes of fog in sound. (20/07/2020) Eugene Ughetti is the founding member of Speak Percussion, the Australian percussion group specialising in performing contemporary works. We mentioned them in passing when they teamed up with Ingar Zach in Norway, to record Before Nightfall One for Sofa. Ughetti is with us today with a solo release called Agglomeration Of Measurement (ROOM 40 RM4126), on which he performs six separate works by James Rushford, Thomas Meadowcroft, Alexander Garsden, Liza Lim, Anthony Pateras, and Robin Fox. Actually I get the impression these six pieces are excerpts from larger works, or are pieces that led to other collaborations; for instance Liza Lim wrote a “major work” called Atlas Of The Sky, which is an opera involving three percussion soloists playing alongside a crowd of 20 people and one soprano vocalist, and perhaps ‘An Elemental Thing’ on today’s LP has some connection with that Atlas.

Today’s record could be taken as a showcase for Speak Percussion, but not one that does something so vulgar as try to sell records, so much as highlight the ongoing collaborative nature of what this maverick artistic director is attempting to do. He speaks with some personal satisfaction of the “creative rapport” he has with all of these new Australian composers. A slow, quiet, and understated record is the result, but Eugene Ughetti is far from being a conventional hide-bound minimalist, and if you listen closely there are a lot of varied approaches to percussive music on offer, often combined with electronics. He is not averse to embracing forms of conceptualism in the music he chooses, and it might be these pieces embody certain ideas, ideas which Ughetti strives to interpret with his highly unconventional approach. (20/07/2020)