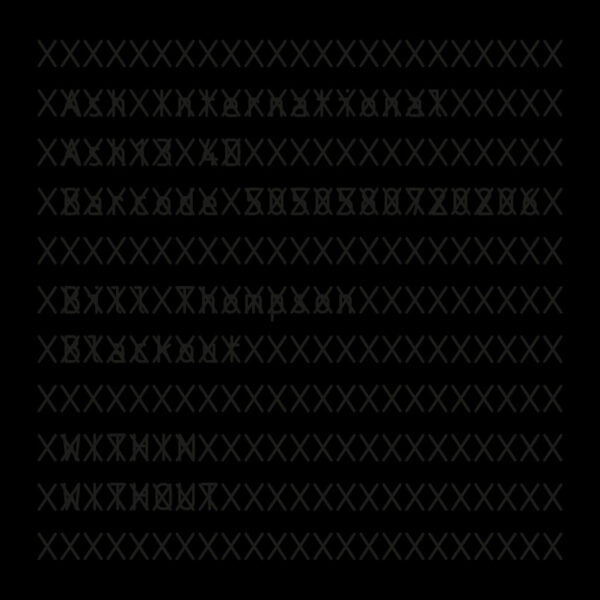 American player Bill Thompson with his new record Blackout (ASH INTERNATIONAL ASH 13.4). This Texan droning fellow has been a guitar player, though 20 years of his musical career has involved working with live electronics. We very much enjoy his “pure” drones, his clear vision, his methodical working method, and his single-minded drive behind the few records of slow-moving monotonous music we’ve been lucky to hear so far. The last one we heard was Intraspect, a team-up with fellow live electronics whizz, the UK’s Phil Durrant.

Blackout requires some 53 minutes of your day, with two long-form tracks. Although Mouthful Of Silence and Mouthful of Air (the remix record) featured his work on the Moog Guitar, this one doesn’t. Bill Thompson has returned, with Blackout, to his laptop set-up and system which he used to perform live electronic music working from sound files 1. Thompson has a large collection of sound files stored on his drive – hundreds of them – which he uses in various combinations for purposes of composition and improvisation. Well, not any more he doesn’t. In creating Blackout, he wiped them out; the process of creating this music has been to use them up, “black them out”, so that once it appears on the record it’s never used again. He hasn’t yet destroyed his entire collection this way – this release is the first in a planned series – but over time he hopes to efface every one of them audio files through this “wiping” method, much like one of those utilities you can get to overwrite unwanted files on your desktop. Who knows, such a utility may even have played a part in this unique composing method.

Thompson, whose cultural knowledge extends to fine art as well as music, likens the process to the work of Micheal Landy, the Young British Artist who famously did a performance piece in 2001 where he shredded and ground all his possessions. We might also want to compare it to Gustav Metzger and his “auto-destructive art” – paintings made using acid sprayed onto the canvas, which is known to have been cited by Pete Townshend too (it gave him the idea to smash guitars on stage). More specifically, I’m also reminded of the work of Louis and Bebe Barron for the Forbidden Planet soundtrack, where they built circuits in order to deliberately burn them out inside their electronic devices; the sound was like a brief moment of life erupting and then collapsing, a firework going off. Blackout, however, is much more protracted and prolonged; you might call it the depiction of a slow death; each component taking its last bow before it disappears from circulation forever.

Thompson is clear about the finality of this statement; on a technical level, he says, it’s about “letting go…of the archive and the system that maintains it”, but on a personal level he is discarding a part of himself, the “personal associations” he has with these recordings which have formed a fabric of his work for so long. I’ll go out on a limb and assume there’s a personal reason, or many reasons, for why Thompson would want to do this; but his notes for this release remain silent on the motivation for it. It’s beautiful music; much more “eventful” than the other records we have heard, yet just as mesmerising and magnetic in its pull and flow. It does certainly add an extra dimension of poignancy as you realise these sounds are effectively evaporating away as they pass through the process, and even though we can enjoy this record again, the raw materials that constitute it are now permanently deleted. As well as being great to listen to, I think Blackout may pass on an important life lesson to all of us, and provide the appropriate soundtrack for doing it; not that I’m advocating that everyone burn all their family photo albums or delete the contents of their cloud storage while playing this record, but in Thompson’s case with this record you can almost feel a palpable sense of relief on his part, as he puts the past aside. From 26th June 2020.