Excellent guitar-led avant-rock music by the Russian duo USSSY on their album Po Krugu (KOOLARROW RECORDS KACA044). This combo have been been through a few changes since they first formed in 2007 – the core members then were guitarist Artem Galkin and bassist / guitarist Pavel Eremeev, and they elected to play some unholy mix of black metal with techno (and 12-bar blues). This soon gave way to music that was heavily influenced by Middle Eastern melodies and intervals, and traces of that style are what we hear on today’s belter, Po Krugu. For today’s incarnation of the group, they’re down to a duo – Pavel Eremeev with new drummer Sergei Bolotin, after Pavel decided that USSSY just couldn’t quit. They put out the cassette Voyage in 2018, distributed by Koolarrow in America, and this has led to today’s download-only item. It’s entertaining, but also an exhausting listen; besides the Middle Eastern elements, what mainly comes across is excess and overload, with too many instruments and layers filling up the available space. This may have something to do with Eremeev’s predilection for guitar octave pedals and other effects (one guitar sounds like twenty), although the intense hyper-active drumming of Bolotin is also ultra-muscular, the musical equivalent of a punishing gym workout. For all their thrash and energy, USSSY don’t exactly take us very far with their elaborate music, but they are a tight unit, there’s no denying the power of their chops, and fans of Lightning Bolt should certainly investigate. (08/09/2020) 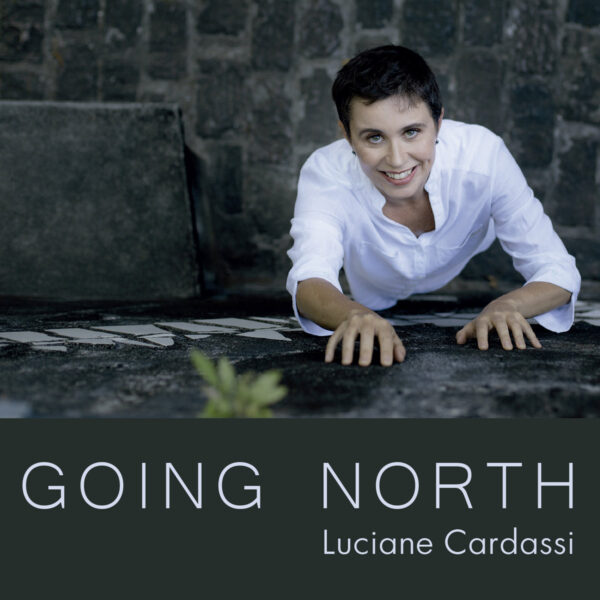 Luciane Cardassi is a native of Brazil living in Banff (Alberta) just now, and is known as a skilled interpreter of new music on her piano. For her latest ongoing project Going North, she’s working with modern classical composers from Brazil and from Canada, and presenting the results on the Ramos album and on today’s item Going North (REDSHIFT RECORDS TK480). The eight items showcased here are very recent – the earliest was composed in 2008 – and they also feature some electronic parts along with the piano, and many of them also require voices, either pre-recorded on tapes or supplied by Cardassi herself. Luciane Cardassi has taken it on herself to act as “curator” for a lot of these works which are otherwise in danger of being regarded as somewhat marginal, and she makes her choices with care and deliberation. It’s also to her credit that these difficult pieces of music require her to stretch her capabilities; the cover photo may suggest a woman who’s very eager to please an audience, but the music here is quite some way from being accessible or populist. (29/09/2020) 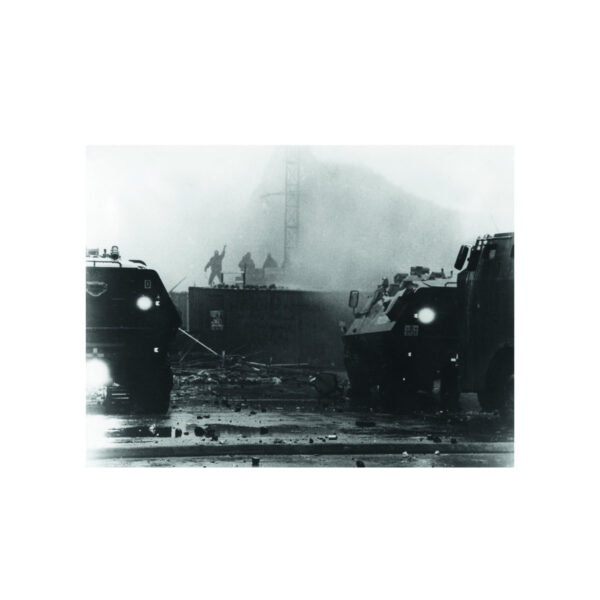 The record 14.11.90 – Ein Akustisches Psychogramm (KARLRECORDS KR082) was originally released in 1993 and created by the duo of Marc Weiser and Jurgen Hendlmeier in Berlin. They released it as a limited-run vinyl LP on the Geldrausch Tonträger label, founded for this very purpose (matter of fact, nothing else was released under that imprint) and today’s item is a re-release undertaken by the good people at Karl Records. In 1990, a number of squats in East Berlin (in Mainzer Straße in Berlin-Friedrichshain, to be exact) were raided by the police, and 500 anarchist types were evicted; Weiser and Hendlmeier witnessed this happening, and were evidently moved enough to make this imaginative and unusual audio response to the situation. They did it using documentary recordings of the clashes on the street – it was quite an affair, involving a lot of police officers, helicopters, water cannons and such – along with samples, snippets of music, and segments lifted from television or radio. The aim has been to build something more than just a simple documentary / field recording piece, and they wanted to capture something of the violence of the occasion, and present the events in a highly dramatic manner. The press notes call this a “densely packed acoustic psychogram”, a handy little phrase suggesting their intention to tap into the unfettered psychic energies of the anarchists, and apparently the method used may be compared to a piece by Einsturzende Neubaten. All of this may mean more to a German audience; I do understand the interest in the political dimension of this highly-charged clash between the forces of law and order and those of anarchy, but the creators don’t succeed in conveying why it matters so much. There’s also a lack of context; even I know the Berlin wall had just collapsed one year before this time, an event which might have had some bearing on the situation, plus there’s a rich history of NDW music in the 1980s that itself was largely enabled by the squat scene and cheap housing in East Berlin. Neither of these strands are even mentioned on the record, but perhaps we’re just supposed to take them as given. Intriguing and unusual record though, and its disconnected and haphazard feeling adds to the general vibe of chaos. (/08/09/2020)

Lively instrumental music from the Berlin trio Insomnia Brass Band on their album Late Night Kitchen (TIGER MOON RECORDS TMR 009). The instrumentation is a tad unusual – trombone (Anke Lucks), baritone sax (Almut Schlichting), and drums (Christian Marien) – leading one to think for five mins that we might be getting a straight-ahead jazz offering, but the intention of these three players is much more broad-minded, and they incorporate musical ideas lifted from free jazz, punk rock, funk, and even (they claim) New Orleans trad. Upending the audience expectations seems to be one of things on this label’s agenda – witness for instance the records by Absolutely Sweet Marie (strange cover versions of Bob Dylan songs) and Tru Cargo Service, which layered many unexpected ideas and directions within the context of music that looked jazz-ish on the surface. Insomnia Brass Band are aiming to be a lot more accessible than those though, and the upbeat mood and jaunty tone throughout this album might not exactly make it a “party” record, but they’re certainly in search of a good time. At times, they get close to the “dark cabaret” style that would be suitable for playing Kurt Weill’s music on Die Dreigroschenoper, and this links them back to antecedents such as Willem Breuker’s records of the 1970s. This jolly spirit is borne out by the slightly playful track titles – such as ‘Gingerbread Resistance Song’ – and the zany cover image. This funtime atmosphere should not distract from the fact that the three players are evidently very talented and work well together as a combo, paying close attention to dynamics and counterpoint, and there’s nary a fluffed note in sight. Strong gender balance – two female players in front – is also a welcome sign of inclusivity. (05/10/2020)