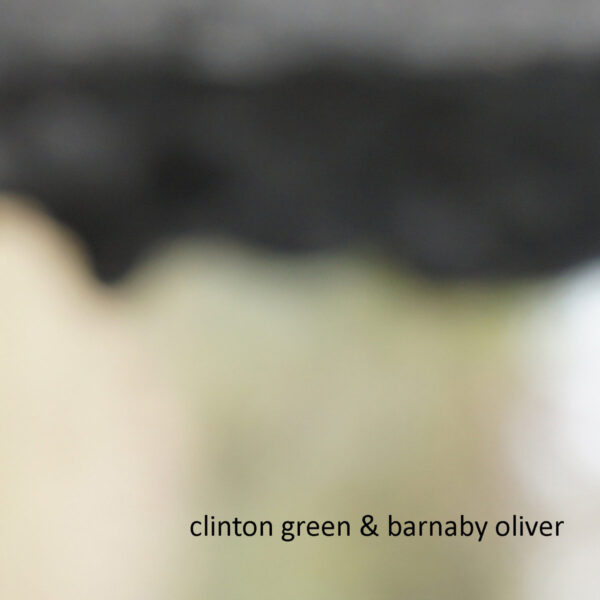 Long-form drone and scrape improv on The Interstices Of These Epidemics (SHAME FILE MUSIC sham109), created by the team of two Australian players Clinton Green and Barnaby Oliver. It looks like they started their experiments in 2017, which may have resulted in the release of Discretions – 30 very short tracks released as a file-based album and involving a number of different approaches to sound generation, including turntables and field recordings. Since then they have made an effort to focus their practice with the hopes of creating more distilled music; on today’s record, they elect to work only with bowed metal bowls and a violin (and also piano on the second track). More to the point, they are trying to operate within a discipline of “a restricted palette of gestures”, as they call it, meaning I suppose that they elect not to move around too much. On stage, assuming they do it live, they must represent something akin to a living-statue performance; I imagine Oliver bowing his violin in a rigid, inexpressive fashion, the exact opposite of a gypsy fiddler leading the dance or a half-mad first violin from the Vienna Philharmonic.

This way of playing is something we’ve been hearing for some time now, for instance via the Berlin reduced playing school, or the Wandelweiser group, or almost any improviser who elects to simplify (Angharad Davies is one who does it brilliantly). While it’s interesting to learn the impact of this school of thought in the Australian experimental zones, I can’t honestly say that Green and Oliver are doing anything especially interesting with it. ‘The Interstices’ is, to be frank, rather dull; a formless abstract scrape drone that goes absolutely nowhere. It’s impressive how they steadfastly manage to refuse any kind of sublimation or aesthetic beauty for nearly 30 mins as they remain fixated on their task, like two worker ants. I do appreciate that they’re aiming for “a combination of harmonics”, but in their hands this is not much more than a by-product of the process, and they fail to capitalise on it meaningfully.

The second piece ‘Of These Epidemics’ is the more listenable of the pair, thanks to the user-friendly piano chords of Barnaby Oliver, but his work doesn’t do anything to interact with the bow-sawing of Clinton Green, whose metallic drone soon becomes an irritating background hum. Once again, the music goes nowhere; one senses it’s a very basic experiment that has simply been extended for a very long time, and its limitations and lack of ideas are quickly exposed by this over-stretching. Dull cover art is a blurry photo by Peter James. Not recommended. From 29th September 2020.