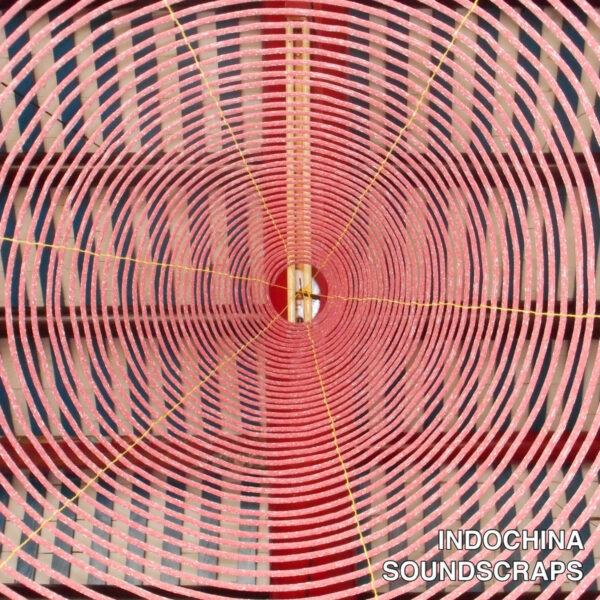 Indochina Soundscraps (EH? 112) is by Abigail Smith, made from recordings she brought back from her tour of Southeast Asia in late 2016. I see she’s also a visual artist, and interestingly enough works in the collage mode, using small scraps of papers to create colourful artworks and art books. It’s tempting to think she might apply similar techniques to her sound art here, but I’m not sure if it’s directly analogous. Indochina Soundscraps contains a lot of diverse sources and information, but it’s presented in a fairly linear method, one episode fading in after another; she doesn’t do “layering”, as some phonographers do, in an attempt to present a kaleidoscopic vision of another world. Instead, each audio image stands on its own merit, and there’s no interest in doing witty or surreal juxtapositioning of elements to disrupt the listener’s sense of normality. At the same time, there’s no context or annotation given, and we have to digest the sounds (music, nature, voices, traffic, street sounds, and various uncertain things) as best we may.

Credit must also be given to Justin Clifford Rhody, a photographer with whom Smith has collaborated before. Rhody likes to photograph found objects at flea markets that interest him, as well as staging odd performance events to produce puzzling photographs. He did the editing and mixing of the raw materials, so perhaps some of the success of this release is due to his efforts. We would certainly agree that this record is “carefully curated” as the press notes have it, though I didn’t find it especially “deeply psychedelic and transportive”. The general pace of the odyssey is rather slow and measured, and somewhat linear to boot; where one hopes for a taste of exotic spice, one mostly gets a rather ordinary dish of rice. 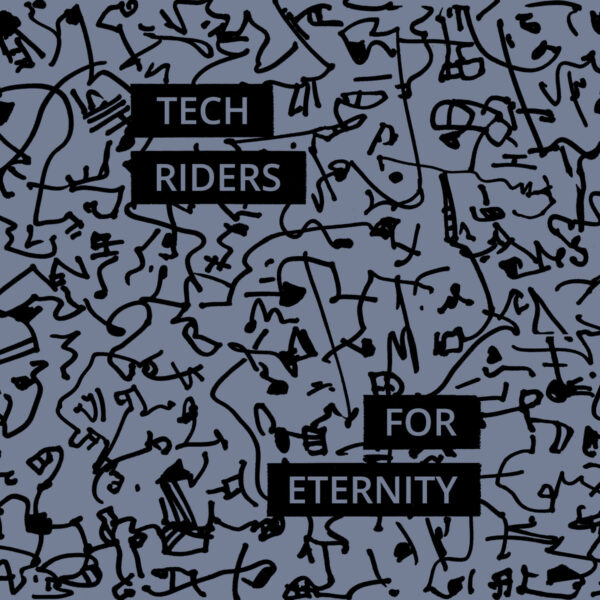 For Eternity (EH? 113) is by Tech Riders, a team-up of Frans de Waard and Sindre Bjerga. While we’ve enjoyed separate individual exploits by these prolific sound-makers (I am particularly partial to Bjerga’s juicy, unkempt approach to sound manipulation and tape mangling), this is the first time we heard them together. I see there’s some back catalogue to catch up on though, as they’ve been making records since 2016 for Gold Soundz and other labels. Indeed it was in year 2016 when they first toured Germany and Holland together, and decided to form a duo.

The decision was made – and it’s probably a very good one – that the world already has more than enough noise-improvisation rattler types operating in the splurgy free mode, and instead of all that spontaneity what’s needed is more structure. Accordingly, the six pieces on For Eternity should be regarded as “songs”, which can only be realised after a certain amount of planning and rehearsing. Admittedly, this strategy might not be immediately obvious after a first cursory listen to these bizarre abstract episodes, but if one listens into the teeming masses of sound then one can glimpse the wiry framework poking out from beneath masses of wet plaster and scrim. Aye, there’s a certain amount of consideration and discipline evident in the arrangement of these very strange voices, sounds, loops, drones and buzzerments, and woe betide the ignoramus who dares label it mere chaos. Interestingly, this particular set appears to have had its roots in the creation of a radio play which they did at Rotterdam (at the Worm studio, where else) in 2019. They had some time left over at the studio, so the engineer was sent out to buy more magnetic tape to that the two loopsters could continue their intense, coffee-fuelled bout with the microphones and tape devices. I mention this because, with a little imagination and the help of a glass of lemonade laced with hallucinogenic drugs, you might be able to perceive For Eternity as the soundtrack to a very strange radio drama. The fragments of voice elements, however distorted and disrupted they may be, help considerably; all you need do is supply your own characters and story-line.

Very enjoyable cassette, though I personally think the name Tech Riders is a bit duff – sounds like a failed Marvel Comics superhero from 1975, trying to compete with Ghost Rider.