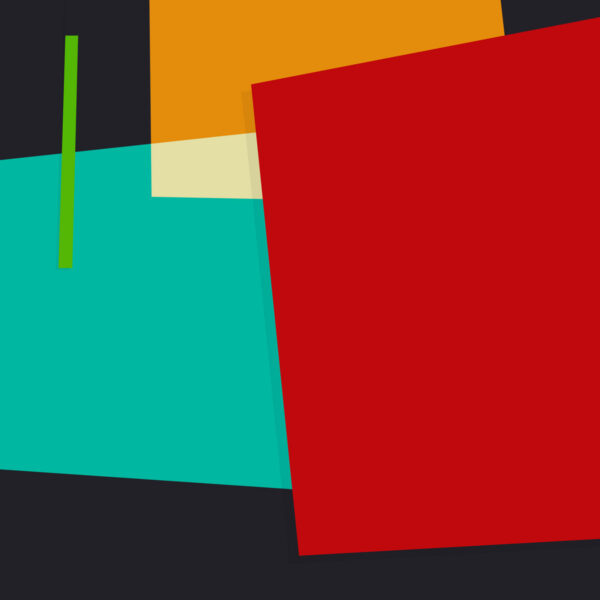 London composer Keith Berry with another very likeable CD of calming ambient drones. He didn’t always used to be so digitally-oriented, unless I’m imagining that, but for now he seems to have chosen a computer path. Viable Systems 3 (VSM THEORY VSM 006CD) is not unlike Viable Systems 1 which we heard in 2018 (there was a volume 2, but we never heard it), in that it’s produced with generative software. At least I assume this is the case, as I’ve had to deduce this information from reading other reviews of his recent work; the release itself, with its plain abstract art cover, tells us nothing about his method or the equipment used. If generative software was indeed used, then it’s only slightly curious why every one of these 15 instrumentals follows the same slow-moving pace, as if the algorithms had to be coaxed into life to emerge from their rockpools and unwind their tails, like very shy marine life. Another endearing aspect is the track titles, each one giving a glimpse of a futuristic city on another planet; from the sound of the music, it’s a good place to live. Bill Nelson, for one, would recognise this kind of sci-fi utopia. (05/11/2020) Massimo Ricci turns in a single 35:01 piece of swirligating sound art on Tracey Feels Worse (ELEVATOR BATH eeaoa55). It seems the starting point was recordings that he made in 1984, which between that date and now – a period of some 36 years – were subjected to various forms of change. Beyond that we don’t know very much, as Ricci elects to remain mysterious and silent about his tapes, his methods, and even any implied significance or content we might derive from these cavernous groans and howling wind effects. At this juncture it might be germane to mention that Ricci is primarily a music writer, and this is in fact his first published piece of sound art. I’ve never read a word of his prose, which is surprising as I’m informed he’s very prolific and has written about a vast amount of different kinds of music in his time. From the press notes here, we get glimpses of a real no-nonsense tough guy who spurns the fantasies and dreams we mere humans might spin for ourselves to comfort our bleak and empty lives, and if this is halfway true I’d suppose his reviews are bracingly factual in their approach. In particular, he hates “false spirituality”, so might lean towards the humanist school of philosophy.

All of this produces an odd contradiction; I feel we’re being invited to speculate about the source of this 1984 tape (which apparently is something incredibly simple) and the musique-concrète method by which it was altered, while the author himself denies any such speculation, and indeed would probably suppress it if he could. Tracey Feels Worse is certainly a distinctive-sounding hollow drone, but feels like it’s been extended and expanded into something longer than it really needs to be. Great disconcerting cover art; a human face (?) rendered unrecognisable by a very extreme digital blur. Limited to 150 copies in this digipak edition. (09/11/2020) Italian violinist Flavio Bonometti turned his back on conventional orchestral work and walked out of La Scala in Milan, to concentrate on composing and realising his own music. He did it in his home studio in North Italy, and now after ten years of waiting, we have his debut album Vortice Rosso (PJ007) released on Putojefe Records in Berlin. Lacking musicological skills, I’m personally out of my depth when attempting to appraise the achievements of modern classical music such as this, especially when we have press notes that drop names ranging from Scelsi to Donatoni and allude to genres such as “new simplicity” and Soviet and European post-minimalism. However, there are two aspects which even a cloth-eared ninny like myself can grasp – (a) that Bonometti is a maximalist, at a time when everyone wants to be taken for a minimalist, and as such he gives you more harmony, melody, rhythm, tonal richness and sheer notes per pound than you can handle. Keep up if you can. (b) that he wants his music to be accessible and approachable, even as he himself knows the full complexity of it, and the sweat and effort that lies behind each bar.

As to (b), Bonometti is not afraid to embrace popular elements, and indeed parts of this album could feasibly work as soundtrack music – although he himself would also like us to note its resemblance to ballet scores, devotional / religious music, and even children’s songs. I’ve no doubt there are some considerable technical achievements here. The odd thing is that Vortice Rosso seems very samey all the way through; although numerous instruments are name-checked on the digipak, suggesting a small ensemble at work, no other musicians are credited by name. I could be wrong, but my guess is that this record represents the composer working alone with a very good Synclavier, or other keyboard capable of imitating the instruments of the orchestra. (09/11/2020)