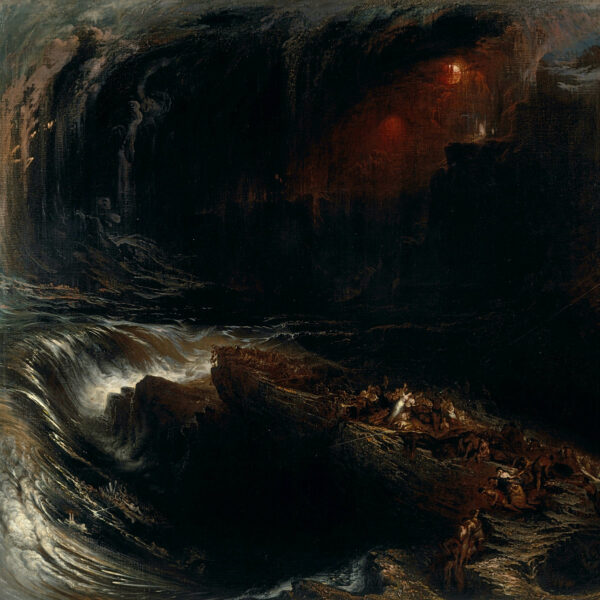 In the past 15 months – or at least since the world went into COVID-19 pandemic lockdown – I’ve been hearing some great underground metal releases from all corners of the globe and many of those releases coming from places usually thought the least likely to host a metal scene at all, much less generating recordings of extreme underground metal that can be judged among the best in their genres anywhere on planet Earth. To encounter an album like “Raison d’Etre”, with music and lyrics composed and performed entirely by a solo black metal musician (known as S.R.) based in Delhi, in India, and find the recording not only very good but actually outstanding for a work of its type – post-black / blackgaze metal with elements of atmospheric and dark depressive suicidal black metal – is a very singular and in many respects humbling experience indeed: it demonstrates that black metal and other extreme metal genres speak to (if that’s the right expression) people across the planet in ways that accord with their experiences no matter how different their own contexts might be from the contexts that extreme underground metal originally arose in, and that even in environments where writing, playing and recording music might be difficult, great work can be done. Raat is the brainchild of S.R. who has another solo BM project Lesath, an atmospheric BM project that together with Raat more or less became active in the same year (2019). “Raison d’Etre” is the second album from Raat, with mastering by Moscow-based Bogdan Makarov’s online studio Nekkomix, and features an excerpt of 19th-century British painter John Martin’s “The Deluge” as its front-cover artwork.

On an album plumbing the depths of despair and hopelessness in a world of chaos and hysteria where concepts like truth and order have fled, yet still hopeful that things can improve and maybe even progress, S.R combines often very divergent and contrasting BM and post-BM genres and sub-genres in the same song, and the result is to intensify the distinct characteristics of these genres while allowing the artist to explore the sonic opportunities opened by this juxtaposition. Opening track “Never Forever” is a clear example of such a track that also sets the model and standard for the rest of the album to follow: screaming, withering blizzard-like atmospheric BM followed by or blended with radiant melodic post-BM on almost pure-toned guitars with an unusual blast-beat synth percussion rhythm. Hints of French shoegaze BM band Alcest and the harsher atmospheric USBM band Akhlys can be heard in the vocals and some of the music as the song switches back and forth between styles. What makes it all work so well is S.R.’s knowledge and experience with the genres he obviously loves, the consistent level of musicianship and attention to detail and atmosphere he brings, and the drama and emotion, often extreme and even a bit overdone, expressed. The scale of the song is epic and almost operatic.

On into the next song “Evenstar” and there are no signs of flagging or exhaustion … the music becomes darker and more sinister, with hints of dark blues and a whiff of exoticism in the jangly guitar tunes. Fans of Swedish band Lifelover may find hints of their past heroes in the black brooding blues melancholy before they all get swept away by huge waves of howling ghostly demon voices. “Aurora” sounds more conventionally atmospheric BM with a heightened mood of Gothic horror in the riffing and the moaning or shrieking wraith vocals, and as it continues it becomes denser and mesmeric.

As the album continues it does become something of an endurance test because every song is full-on confrontational immersion in bleak desperation and near-noisy sonic intensity. Each song is different from the others in its particular fusion combination and nearly all of them are potential singles material in their emphasis on catchy melodies and melodrama. Musical and atmospheric excess is the danger here and there are occasions where the sonic hell ends up much too hellish and intense. If there’s such a thing as pushing the envelope too far, “Raison d’Etre” is guilty, guilty, guilty on this charge. Even so, some songs stand out just a little more than others and I single out “Evenstar” for its dark and bleak vistas of alienation and social collapse, “Aurora” for its hypnotic oppressive atmosphere, “Dead Hearts” for its overwhelming lush hellish sound and “Envie” for its expansive visions of hope, brightness and determination in the face of utter devastation. The one relatively weak track “Lumen” happens to be an all-acoustic ambient piece that gently brings listeners back to the real world.

Because the album was released so late in 2020 (some time in December) it becomes a contender for Black Metal Album of 2021 and with the passage of time I’m sure it will be considered a classic of its genre (atmospheric / post-BM / blackgaze fusion). The next challenge for S.R. / Raat will be to match “Raison d’Etre” in ambition and scale on his next album.