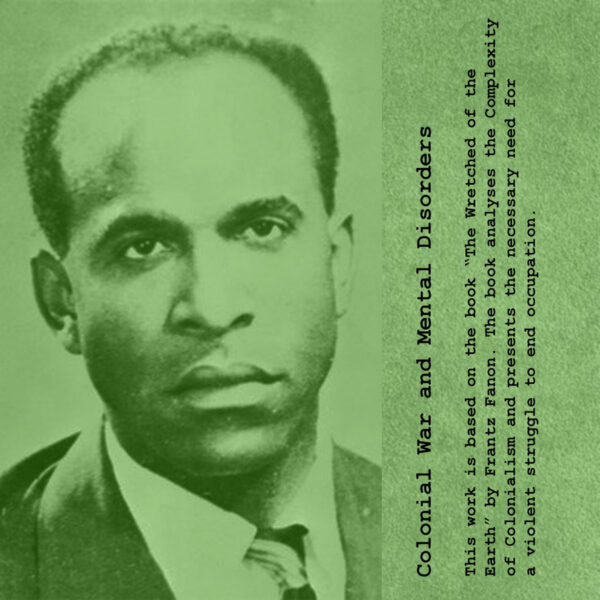 Powerful and cathartic work with a charged political dimension is Colonial War and Mental Disorders (RAASH RECORDS rca008), a cassette tape credited to Asher.Zax with Dave Phillips, and sent here from Jerusalem. Asher.Zax is in fact the duo of Meira Asher, an Israeli artist who has been creating provocative sound art and performance work since 1990; and Eran Sachs, who we recall as a member of Lietterschpich on their 2007 CD, a time when David Opp and Rani Zager were sending us their abrasive hard-core noise and extreme metal records on Heart & Crossbone. Never heard Meira Asher’s work before, but one glance at her publicity photos and you’ll see a piercing gaze which it’s hard to meet; her early work, some of it released on Crammed and Sub Rosa, addressed the Israeli occupation issue, probably in a very uncompromising manner. She’s also one who thinks and operates outside the usual borderlines of fine art, crossing over into performance, radiophonic art, social documentary, and something she calls “HR intervention”, which sounds daunting to anyone with a civil service career or regular office job. Today’s item has its share of confrontational elements for sure, but it’s also a layered and resonant statement, attacking the abstract idea of “colonialism” through many avenues and prisms. Hint – they’re not in favour it.

The starting point is a book by Frantz Fanon called The Wretched of the Earth, published in 1961; this French-West Indian psychiatrist had the idea that colonialism had a dehumanising effect on people, at both a national and individual level, and is rich in ideas about racism, third-world development, and what constitutes a “national culture”. Asher and Sachs have drawn three “case studies” from the book, stories of real people displaced by violence, taking fragments of the text as the basis for the work; it is these stark statements which Meira Asher reads out, in her haunted and bleak voice, while also playing live electronics and turntabling. Eran Sachs adds the no-input mixer, and Dave Phillips is credited with iPod, electronics, and mixing. All three of these harrowing “case studies”, plus a spoken introduction, were recorded live, at a single session in Tel Aviv. If there’s any pattern to the works, it’s that each track starts out quite skeletal and bare, before accreting more sonic layers and building up to an unbearable buzz of horrific noise; that’s a template not unlike many Dave Phillips records we have heard, and this particular theme which dares to address a very touchy political subject is also something we could associate with his previous ecological and geopolitical statements. Meira Asher remains the focal point though; her voice is one of an implacable prophet of doom, remorselessly spitting out unpalatable truths, and gradually becoming more angry and emotional towards the end.

None of this makes for a comfortable listen, especially as it gives the listener very little space to manoeuvrer; you have to choose where you stand, or there’s nothing down for you. “Colonialism is a disease of reality itself,” claim the creators, and it’s a brave person who argues the point with them. From 19th November 2020.