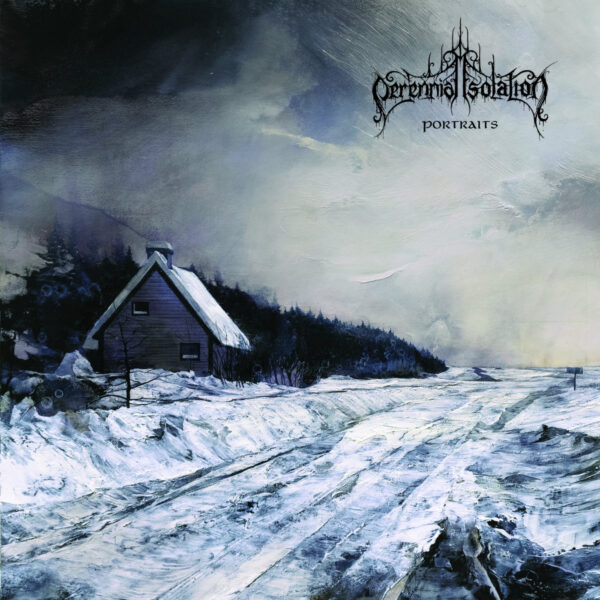 Last time I heard anything from Catalonian BM band Perennial Isolation was way back in 2015 when I heard and reviewed “Astral Dream”, the group’s second album. Since then there’ve been some personnel changes and the band became a quartet with two guitarists added after the release of “Astral Dream” in 2015. This line-up recorded an album in 2016, went quiet for some years and returned in early 2021 with two singles and now new album “Portraits”, the band’s fourth album … or second album for the current line-up. Hmmm, this habit of mine of checking in on bands at their second “difficult” album stage and ducking out, only to revisit them when they’ve changed members and have put out another “second” album with their new members must be grating on some readers’ nerves …

Right from the start the album is beautifully and professionally presented with a clear though still fairly raw sound and well-written songs with catchy, often soaring melodies. The rasping vocals are very clear and the guitars, minimal in their style but with the sharpness of a thousand million shards of hard ice, cut through the cold frosty atmosphere. The synthetic drumming is on the light side and maybe some listeners will think the band needs a bit more thunder, though this can mean other elements of Perennial Isolation’s sound and style will suffer. These guys are happy to trade in standard melodic atmospheric black metal and this means keeping a balance among the various aspects of the genre that make it what it is along with whatever they as individuals bring to the music. The first two proper BM songs (track 1 being a short ambient instrumental piece that quickly and deftly immerses the listener in PI’s frosty sound universe) rocket away energetically but do little more than establish the band’s core style. It’s when we reach “Unceasing Sorrows From The Vastness’ Scion” [sic] that Perennial Isolation start to carve out their distinct niche in atmospheric post-BM / progressive rock with music that stretches their song-writing abilities and technical skills. Emotional drama and atmosphere become much more prominent with a long passage of cold-weather background ambience and an agonised solo lead guitar melody in which notes drip painfully from the plucked strings.

The songs that follow demonstrate the band’s ease in pursuing epic doom and death metal individually and in combination without having to change its sound drastically. “To the Withering Womb” shows how you can achieve a heavy, even thunderous feel and still keep those flippy drumbeats: one trick is to feature heavy jagged, grinding riffs. Perhaps the best of these songs though is “Embers in the Slumbering Threshold” which is an emotionally intense work that puts a fair amount of strain on the vocalist’s throat with all the shrieking he does.

“Portraits” seems a very commercial work in the way the musicians give their fans standard black metal and post-BM songs at the beginning of the album, and at the same time please themselves by playing with the core formula in the middle tracks starting with “Unceasing Sorrows …” and continuing to “Embers …” through the inclusion of elements of doom and death metal. The album ends up being quite long and the last two post-BM songs (still with some death and doom influences but now sounding formulaic) that finish it off seem like unnecessary footnotes after the more epic and stupendous music we’ve been treated to. After a long and maybe tortuous path Perennial Isolation have followed up to now, it’s about time these guys start getting some respect from alternative mainstream metal audiences.