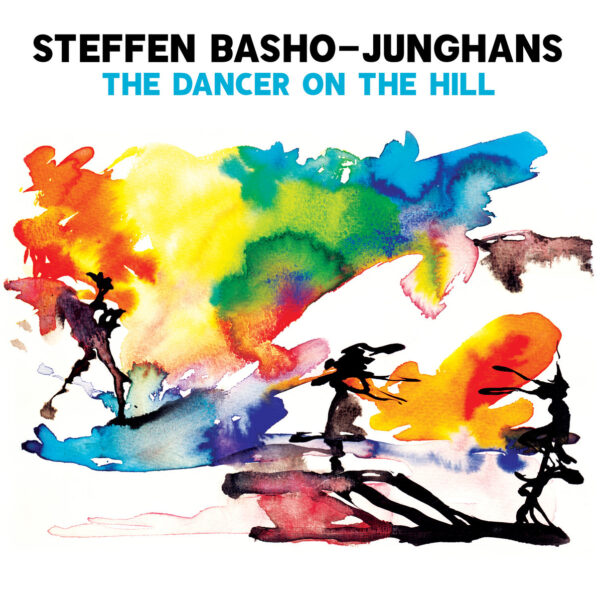 The Dancer on the Hill (ARCHITECTS OF HARMONIC ROOMS & RECORDS AOHRAR02) is the latest LP from Steffen Basho-Junghans, the exceptionally skilled acoustic guitar instrumentalist, on the same label that gave us the album IS in 2009 (a sumptuous vinyl edition in a sturdy cover pressed on 200g plastic. Oddly enough, there hasn’t been a single release from Steffen since then, except for a cassette on Beartown Records in 2010. This may be due to a number of reasons – the musician was diagnosed with cancer a few years ago, and he’s also had an operation on his hand which has “forced him to rethink” how he plays the guitar. The latter sounds like an especially difficult challenge for a guitarist to overcome, but the evidence on today’s record is that none of his technical prowess has been lost.

Each one of these eight instrumentals exhibits the hallmarks of this great and unusual player – precision fingering and picking, great technique and craft, and inventive melodic exploration within the bounds of two or three chords. He’s always reaching for the ideal of the “guitar orchestra”, where six or 12 strings can evoke the sensation of an entire ensemble of players. If there has been a change, I find he’s less discursive than he used to be; the longest track here is a little over 8 minutes, compared with the 18-minute odyssey ‘When The Plains Are Singing” that took up most of side A of IS. But perhaps we should welcome the concision; after all, there’s no shortage of content, particularly on ‘Eagle Dreaming’, a delirious rush through time and space, which starts as a canter and grows into a graceful gallop, the guitarist weaving a dense texture of notes as closely as an embroidered fabric. Or take ‘Dancing Mountains II’, which conveys a vision of near-religious ecstasy with its gentle but insistent waves of rhythm, in just 3:29 mins.

It’s an uplifting tune, like most of this upbeat record; previously, I seem to have heard him wrestling with personal demons in music; there was an insistent, restless quality, the sense that he couldn’t put the guitar down until he’d worked through long moments of repetition and somewhat painful harrowing of those devils. That’s all gone now; on The Dancer on the Hill, he seems to be mostly reconciled with life, and happy to depict untroubled skies, sunlit meadows, and joyous odes to life, with suitable pastoral acoustic dance music to match. Cover art is by Steffen, plus there’s a mini-essay called “The Meeting of the Tribes” written by Ken Hunt, reminding us of the creator’s pre-Unification struggles. From 3rd September 2020; release was delayed a bit by COVID-19.