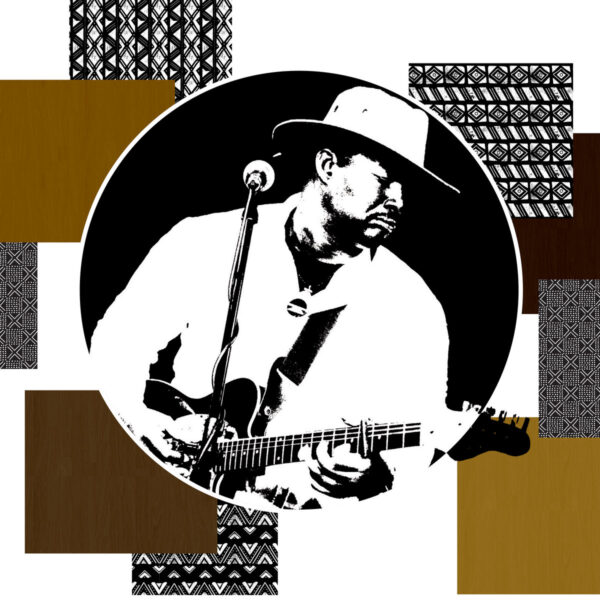 I must admit not knowing Malian guitarist Samba Touré very well – he is described on his Bandcamp page as legendary so I’ll have to accept that as a given – but certainly on this album, his fourth solo work for Glitterbeat Records, his playing is very soulful and expressive of his feelings for his home territory of Binga, in central Mali. For this recording, perhaps made under restrictive COVID-19 pandemic conditions, Touré assembled a small group of musicians around him: a percussionist on calabash drum, a harmonica player and a musician on a second stringed instrument known as jeli ngoni – this is a small instrument about the size of a ukulele. The combined sound of the instruments featured together with Touré’s electric guitar is quite soft – the percussion especially sounds like tapping pencils – and this gives “Binga” an intimate if often quite stark, even confronting atmosphere. The harmonica adds a strong melancholy blues flavour as well.

Minimalist in style as it is, the music is very graceful and dignified. The emphasis is clearly on the lyrics which are sung in Songhay and which dwell on politics and issues of social injustice in Mali. Topics such as children’s education and the insecurity surrounding his home village, meaning that he is unable to visit family members and other villagers, all come under Touré’s critical eye and his singing can be urgent and spirited at times. At the same time, the music never becomes mere diatribe: the liquid melodies still flow, carrying the emotion and sustaining the urgent mood. Later songs in the album such as “Fondo” and “Sambamila” have a very plaintive sorrowful air.

“Binga” has the air of being a highly personal project for Touré so perhaps it does not compare to previous works of his in musical ambition. Fans of his work should not overlook it though as the technical skill and the song-writing here are very good.