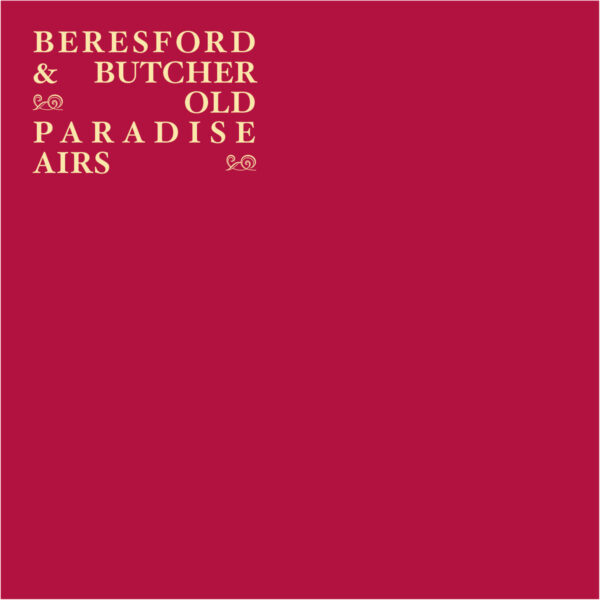 “…Paradise…” is a tale of two seasoned veterans of the capital’s labyrinthine improv scene where their respective back catalogues are as lengthy as they are wide-ranging. Multi-instrumentalist, ‘object manipulator’ and “fuming critic and a scourge of purists…” 1 Steve Beresford‘s playing career stretches back well over forty years, leap-frogging from time served with Derek Bailey to second album-era Slits to John Zorn. while you can find the name of avant reedsman John Butcher, never one to let the grass grow under his size nines, on over a hundred or so collaborations/sessions. Sharp intakes of breath all round I think, which is pretty apt for a sax player, come to think of it. Naturally during the course of their respective careers, Steve and John have met up on numerous occasions, but surprisingly “O.P.A.” marks their very first recording together. And immediately, one’s eye snags on the stylish sleeve art – please take a bow Adam J. Bragg! – which reminds me of some weighty tome that might be found filed away in a Victorian gentleman’s study. The inside panels compliment this design brief with some gorgeous, almost psychedelic marbling effects. “Hapshash” would drool in appreciation. And then there’s the small matter of the track titles, namely… “Krotyl”, “Dreen”, “Swittle”, “Dirl”, “Marr” and “Squacket”, which are sourced from a book by I. M. Rawes entitled “Honk, Conk and Squacket”, which compiles thousands of neglected ‘soundwords’ from county dialect surveys undertaken in the nineteenth century.

Recorded live at “Iklectik”, Old Paradise Yard in London, I’d like to imagine that instead of the duo casually making these title selections on the fly, they were repeatedly agonized and chin-stroked over. The potential dreeniness and certain dirlsome aspects really coming under the microscope, pre-gig. From the squalling soprano sax and circuit-board death throes of “Krotyl” to “Pikk” with its fractured piano stabs and occasional paint-stripping sax blasts, it’s clear that these sometimes prickly, yet well-measured dialogues reveal a rapport that can only develop over years of playing with antennas set to the max. Not quite in the ‘finishing off each other’s sentences’ league, but running it pretty damn close. 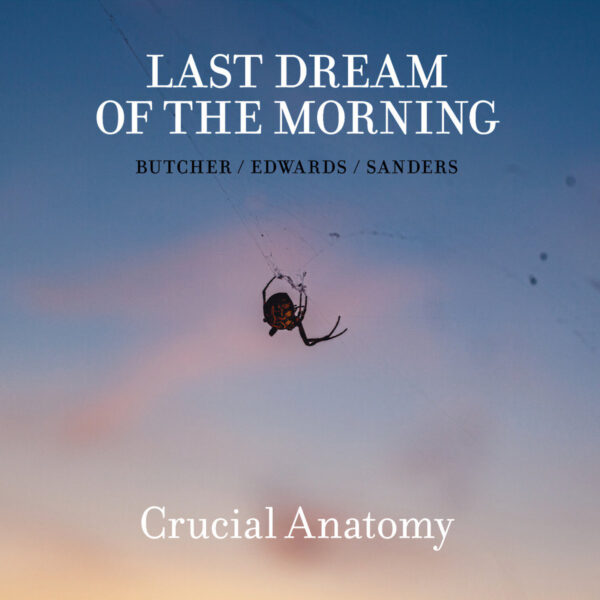 And returning to the Mr. Butcher plus the feet and grass scenario, yet again, as per the self-titled debut on Relative Pitch Records/2017/U.S.A., he forms part of an equilateral triangle where the rhythm section simply oozes ‘upper echelon’. I refer you to Mark Sanders (Drums/Percussion), one-time sideman to Roscoe Mitchell, Trevor Watts and Charles Tyler, and double bassist John Edwards. Legend has it that this sessioneer to Phil Minton, Lol Coxhill et al was, pre-COVID, a two-hundred gigs a year man!! We should be grateful then, that a window of opportunity was jemmied open at Cafe Oto, London, on the 8th of August, 2018 for this, the ‘Crucial Anatomy’ set. Jury’s out on whether the super lung-powered opener “Free of Ghosts” is saying that any stray band comparisons to Albert Ayler’s earlier combos should be ditched forthwith (“Ghosts” being an Ayler masterwork), or whether the title points towards a striking out for territories unknown. I think I’ll go for the second option as the gargantuan “Curling Vine” (coming in at a huge 33.41) and “Spike Oil” certainly possess a bold and brassy pioneering spirit in which the reeds, percussion and acoustic bass timbres/harmonics adopt all manner of fresh and unusual disguises. The closing section of “F.O.G.” for example, finds the four strings imitating a kalimba, whilst on “Curling…” what appears to be an angry giant crow makes its presence felt in lieu of tenor sax. All free-jazzed human life is certainly here.