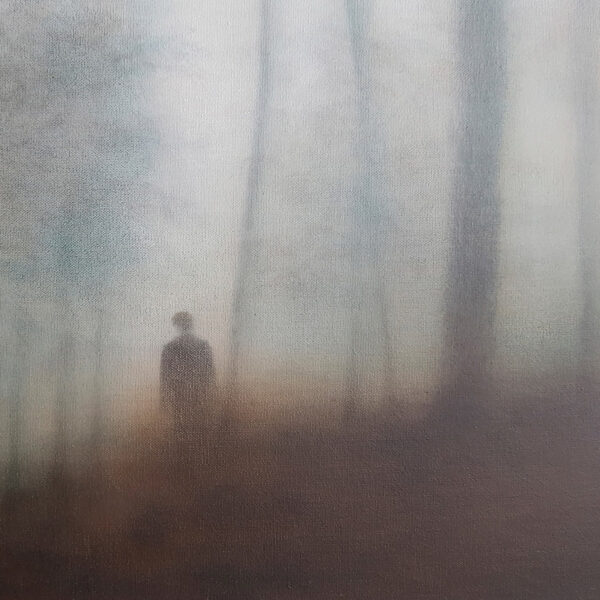 Released on the 27th of March of 2020, just days after the UK’s Coronavirus Lockdown came into force, from this point at the time of writing, you could say Farewell To All We Know is a prophetic title. Self-styled master of “cynical despair” – to be fair, I think we have all getting pretty good at cynical despair this year to a greater or lesser degree – Matt Elliott (The Third Eye Foundation in a previous life) presents a “compassionate dialogue with listeners”. This is Elliott’s ninth record under his own name; all the others bar his first, The Mess We Made, have also been handled by Stephane Gregoire’s Ici d’ailleurs imprint. The Third Eye Foundation’s was a world constructed of electronic beats massaged into strange, warped samples and a general sense of unease, Elliott shed that skin when opting to continue eponymously back in 2003. He has developed a quieter, although no less uneasy body of work, eschewing the abrasive electronicism that characterises The Third Eye Foundation’s back catalogue, using the sepia-toned aural palette of acoustic instrumentation and subtle dread. TTEF has returned twice since then however, once in 2010 with The Dark and again with Wake The Dead in 2018.

On Farewell To All We Know, piano and arrangements are handled by David Chalmin, cello is by Gaspar Claus, the bass Jeff Hallam. Matt Elliott sings and plays Spanish guitar. The material often displays Eastern European folk music “atmospheres”, and is performed to a very high standard. Whatever you think of Matt Elliott’s intimate close-mic’ed basso profundo vocal delivery – Leonard Cohen meets Jacques Brel and Tom Waits if you need that kind of reference point – you can’t argue with the depth of feeling it is expressing.

There are seven songs and three instrumentals on the album.

The instrumental pieces are scattered around; “What Once Was Hope” begins proceedings with a pleasant melodic figure, while later on things get a little more tense. “Guidance Is Infernal” has a nice riff that reminds me a little of Tom Zé in that it is almost upbeat. But there are distant voices creating a sense of unease; not singing as such, rather wailing or almost howling in unison. Things get really freaky with “Can’t Find Undo” which at under three minutes you’d be mistaken for thinking might be an attempt at a pop song. Oh no. Something peculiar is happening in the background while Elliott picks his repeating guitar riff. Like you are following someone around empty corridors or something. I suddenly feel like I’m listening to a Gaspar Noé film soundtrack. Add in the backward cello sawing, and the occasional violin riff; and it’s clear this piece is made up of textures rather than arrangements. Elliot’s only words are “changes…changes…” circling quietly. My favourite piece on the album.

The songs all convey a sense of hopelessness; perhaps not all the time, but unease at the very least. “Farewell To All We Know” has a piano line which is interesting melodically. Elliott’s in no rush to give us the benefit of the thoughts in his head and his vocal comes in after two minutes. “We were never equipped to survive anyway” he says. In the face of climate crisis, Elliott doesn’t seem to be taking an optimistic viewpoint? Perhaps rather, he is addressing his and our own individual mortality, something that becomes more pressing as the years go ? Rather than indulge the typical “mid-life crises” of sports car ownership or lavish hairpieces and colourful training shoes, Elliott seemingly prefers to wallow in catastrophic thoughts. And why not? This is followed by “The Day After That” which has a slow flamenco feel. The lyrics to this, (the only song where the lyrics are not included in booklet), are relatively positive, although I am not entirely convinced they are not written with wry irony; a cheeky sparkle in Elliott’s eye as he penned them, huddled around a stub of a candle for warmth in his lonely garret. To further clarify his world view, “Bye Now” is a meditation on loss with beautiful plaintive piano bursts at the end while “Hating The Player, Hating The Game” ironically takes a look at the inevitability of his own demise.

Elliot doesn’t let his lyrics overstay their welcome on “Aboulia” which is a commendable strategy. Here, we get the benefit of uninterrupted ensemble playing for the last three minutes of the song. “Crisis Apparition” has a rather melodramatic lyrical ending, though the grinding string drones that fail to ebb away for a further minute or so are a nice touch. Plus, Sekhmet, the Egyptian goddess warrior gets a mention. Finally, “The Worst Is Over” which boasts the shortest lyric in the notebook: “Perhaps / The worst is over / over now / over forever / the worst is over”. As I write this Donald Trump has just lost the presidential election. Let’s hope Elliott is right.

Considerately, there is a glossy, full-colour (mostly warm greys to match the sleeve art and general bleak atmosphere of the album) lyric booklet so that one can confidently mope along with the songs. It also contains a telling dedication which displays our very modern predicament: “…to my beautiful children…and all people of their generation in recognition of the shit they will all have to deal with from my generation and those before us…” Yep. Furthermore, it is rather sad and poignant to see a list of a 12 date European tour printed on the accompanying press release here. I wonder if that happened. I hope it did.