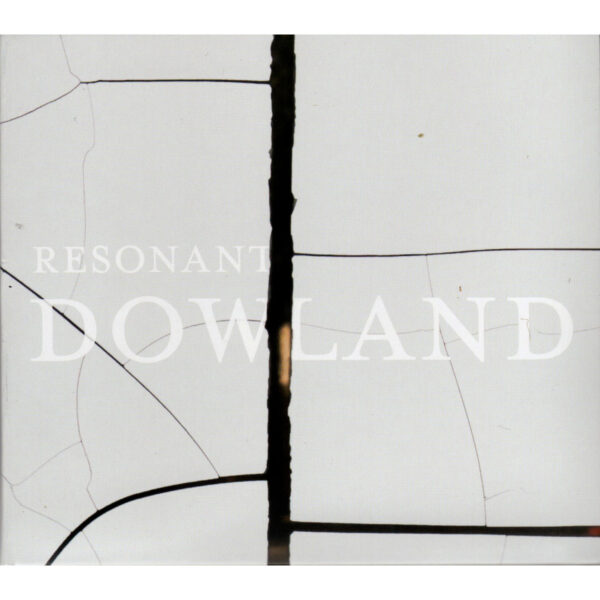 German composer Matthias Engelke is here with an unusual item Resonant Dowland (GRUENREKORDER Gruen 197), on which he presents his interpretations of the songs and music of John Dowland, the Elizabethan English composer and lutenist, singer of melancholy love songs of the most exquisite and heartbroken sort.

Engelke is a skilled and experienced fellow with a wide variety of modes of expression, and is conversant with modern classical, early music, electronic, and jazz, and he has produced music for theatre and dance settings. His plan here is not simply to perform “straight” versions of Dowland songs set to an electronic / computer background (thankfully; otherwise this album might end up as kitsch as a Walter Carlos record of Bach or Mozart played on the moog). Instead, I think there’s something far more opaque going on, which I can’t quite fathom. Some of it might be conceptual, a notion of transplanting and rewiring content from the past into the context of the present, and indeed the booklet notes by Christian Lemmerich make much capital out of this intermingling and overlaying of historical data with contemporary modes, resulting in a curious palimpsest. The actual compositions of Matthias Engelke, realised here by digital/electronic means, are about as far away from Dowland as you could get; the melody is somewhat neglected, there’s no emotional expression (everything is rather cold), there are no chords or counterpoint, and each piece builds a nebulous framework of minimal sounds arranged in a strange mosaic fashion.

In this milieu – even the word “framework” is too strong and doesn’t capture the frailty of it – a male tenor voice floats in, delivering portions of a Dowland song with an apt precision and poise. This strategy seems to work best on the longer and slower songs, such as ‘Flow My Tears’ and ‘Grow Crystal Tears’, which eventually edge us ever-closer to the deep melancholic states that Dowland presumably intended to express. But under Engelke’s rules, we get there in a very hesitant, baby-steps manner, patiently building a musical thesis that is riddled with provisional statements and ambiguities. In short, the presence of Dowland floats like a ghost in this digital world, not sure how to interpret or understand what he sees, yet he’s prepared to try his best to make his songs understood before he dissolves back to the Golden Age. It may sound like my personal panel of jurors is still deliberating on this one, but at least I’m enjoying it more on today’s spin than when first encountered, when it seemed a bit…mannered.

Odd photos on the CD covers are by Gustav Franz, and come from a 2014 series of images he composed called Licht / Light. A somewhat untypical entry in the catalogue of this label, which tends to concentrate on field recordings, site-specific or environmental sound art. From 15th December 2020.