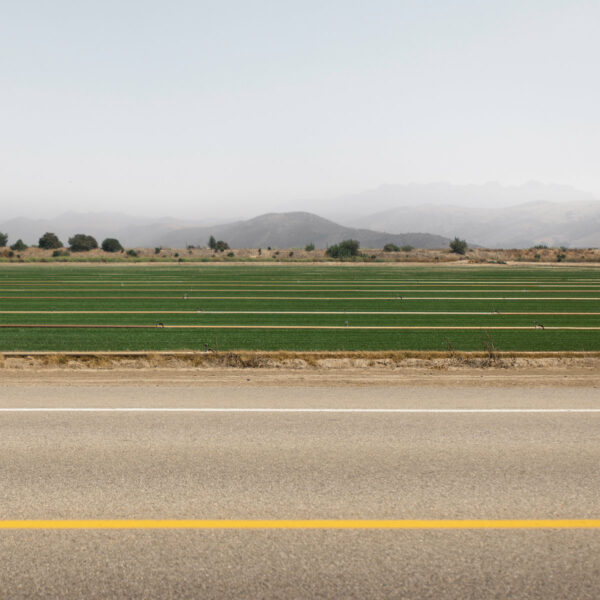 I really wasn’t sure what to expect from this pairing: I know Westberg used to play guitar with Swans from the 1980s to 1997 but I am not at all familiar with double bass player Mazurkiewicz and his work combining the acoustic sounds of his instrument with electronics. This collaboration thus comes as a very pleasant surprise with plenty of soft meditative guitar tones and drones, an underlay of groaning acoustic strings, a light and playful atmosphere embellished with squiggly electronic effects and much exploration of sound and space, just on the first track “What is Good for the Goose” alone. Second track “That was Then” is a much more robust piece of rich ringing guitar tone, radiant dream-like atmosphere and (later in the track) double cello plucking, and this is where the album really makes its impact as a set of highly atmospheric, immersive improvised music soundscape works that come from a vast and spacious dream world, at once light and lively, cheeky and mischievous, yet also filled with deep shadow and a sense that something more substantial, serious and not a little ominous is diffused through this world.

Let’s keep going … the title track sounds as if it’s actually part of a soundtrack to a fantasy Western of dark blue skies and brilliant orange-red deserts in a perpetual evening where sheriffs’ posses hunt down escaped criminals and innocent refugees alike blending into the landscapes lit up by a blood-red sunset. “Falsely Accused” is a deliriously mellifluous and bewitching piece of guitar and double bass, the latter being played in various unusual ways to generate some very unexpected squeaks and other noises. “Oxnard” features the double bass in a slightly more conventional playing mode, the bow clearly sawing and rubbing across it, while Westberg’s guitar goes off into an even more intriguingly twilight zone where dreams and nightmares become as one, and the glittery tones beckon you to descend even farther into this world and beyond. What was a beautiful and relaxing journey on a radiant golden flow of tones starts to become a bit more worrying, with hints of hard-edged oppressiveness and a developing siren-like rhythm.

Alas, this album is all too short and finishes just when listeners might be at their most relaxed and mesmerised by this mix of noir-ish dark country music, shimmery drone radiance, space flotsam electronics and double cello intrigue. I’d have liked all the tracks to have been of more or less equal length: earlier tracks are quite long but as the album continues, they become shorter. Perhaps on the short tracks the improvisation and the editing hit an early peak – certainly the music on these tracks is quite compact – but the music itself has much potential for a further elaboration and investigation of themes and ideas it suggests and generates. As it is though, “First Man …” is a beautiful and wondrous work.