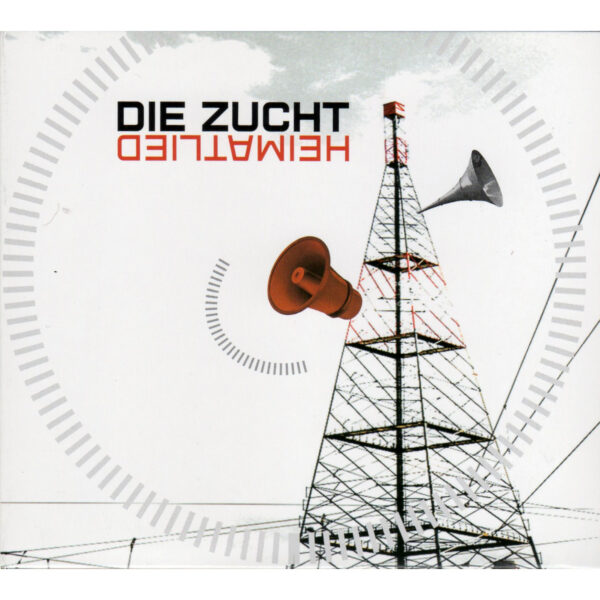 In March 2021 we noted the excellent survey of 1980s East German punk rock, called Too Much Future on Edition Iron Curtain Radio and co-compiled by Henryk Gericke and Maik Ratte Reichenbach, and which did an amazing job rescuing obscure recordings by these incredibly angry and abrasive bands…one of the takeaways from that item for me was the revelation that bands required an official permit from the authorities in order to play or perform, and that there was a special jury convened, who saw it as their duty to protect the cultural identity and moral code of the German Democratic Republic. To put it more plainly, punk bands were perceived as breaking the law.

Today we have a band called Die Zucht with their excellent record Heimatlied (MAJOR LABEL ML 153). Founded in 1984, they too existed under this regime sketched in above, and with their provocative name – it translates into English as “The Breed” – they were summarily refused one of these spielerlaubnis (performance permits), and indeed one member of the panel snarled at them “you will be banned indefinitely…a band under this name will not stand a chance in the GDR”. No matter that the band changed their name in 1985 to Die Art, under which guide they made some records for Major Label; they never made a record as Die Zucht, evidently stricken by the curse of banishment, and you’ll be lucky if you can find a bootleg recording of their 1985 live concert. The team of Makarios, Andre Friedrich, Christoph Heinemann and Thomas Stephan recently managed to reform, however, and following a 2019 concert in Leipzig they agreed to make a new album in 2020, laughing in the face of the COVID-19 lockdown situation.

Heimatlied was produced by the band with the help of Jens Halbauer – he played on some of those later Die Art records, and is also a member of the 1990s German punk band Fliehende Stürme. 11 songs here are hard-hitting no-nonsense stuff, taut and concise music, and while it may not have the raw and ugly acidic tones of anything on the vicious Too Much Future collection, there’s no denying the disaffection and hurt that emerges from the singing and taut playing of these alienated fifty-somethings (even though all the lyrics are sung in German). The rock-band sound is well-recorded and well-produced without losing its solid-as-concrete punchiness; the only drawback might be the rather samey sound across all 11 tracks, which sometimes make you wish for a keyboard or synth to leaven the thickened pastiness of it all. However, it’s still possible to discern within their playing the avowed early influences of Die Zucht, especially The Stranglers and (to some extent) The Cure; apparently they also liked Joy Division, but on this record don’t quite get close to the spooked-out alienation and desperation of that much-admired band, nor their stripped-down sound.

A fine item, even so; it’s good to know they finally managed to get out a record under their “Breed” name, even though the gesture may arrive too late to have any impact on those small-minded civil servant commie flunkies who banned them in the first place. From 1st December 2020.