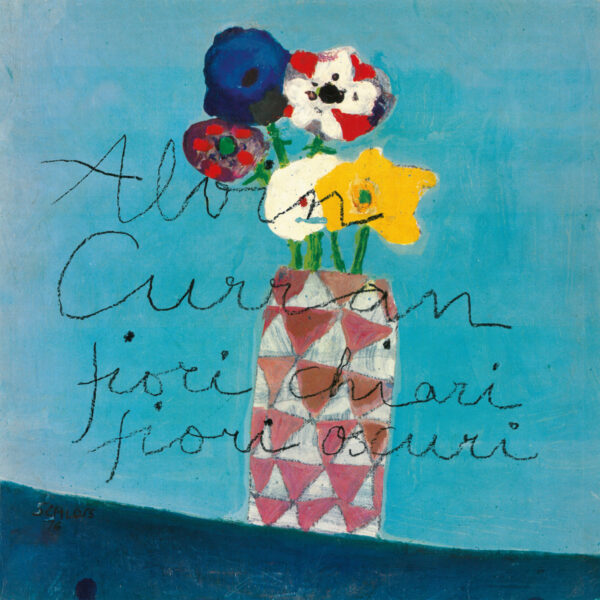 First issued in 1978 on the Ananda label, a co-operative venture run by US artist Alvin Curran himself, and avantgarde Italian musicians / composers Roberto Laneri and Giacinto Scelsi, “Fiori Chiari, Fiori Oscuri” (“Pale Flowers, Dark Flowers”) now enjoys a new lease of life on Oren Ambarchi’s Black Truffle label. Much of this recording is a very lovely, even poetic, meandering work combining various field recordings, including recordings of young children counting or speaking in Italian, and performances on synthesisers and various wind instruments that casually and spontaneously arise and just as languidly disappear throughout the entire piece.

The album’s first half is dominated by an wandering melody played on a flute-like instrument later accompanied by plucked blips and blops on synthesiser while in the background field recordings build up a cave-like ambience of echoes of children’s voices. While the music can sound quite strange, the overall mood is reassuring and the later addition of chirpy birdsong brightens the ambience considerably, at least until halfway through the album where the layers of recordings and echoes become cacophonous. After a series of children’s voices talking excitedly in Italian and English, an off-key toy piano melody leads into a dreamscape of wondrous silvery tinkle-bell and fizz effects during the early part of the album’s second half. This mini-universe gives way to an introspective solo piano melody hammering on the keys in a way similar to Ukrainian-born Canadian pianist Lubomir Melnyk’s continuous piano technique – except Melnyk is perhaps more expressive – until the last few minutes where the piano stops abruptly and embarks on a sometimes slow, sometimes fast, stop-start rendition of US jazz pianist / singer Ray Charles’ “Georgia on My Mind”.

At least until the jazz piano part takes over, the album is filled with wonder and never-ending surprises and listeners are transported into worlds of sunny delight. I could do without the jazz piano improvisation which really doesn’t sit right within the recording and makes it lop-sided. Had this last 16-minute section been cut out, the rest of “Fiori Chiari, Fiori Oscuri” would have stood well enough on its own, although perhaps the recording would have had to be renamed.