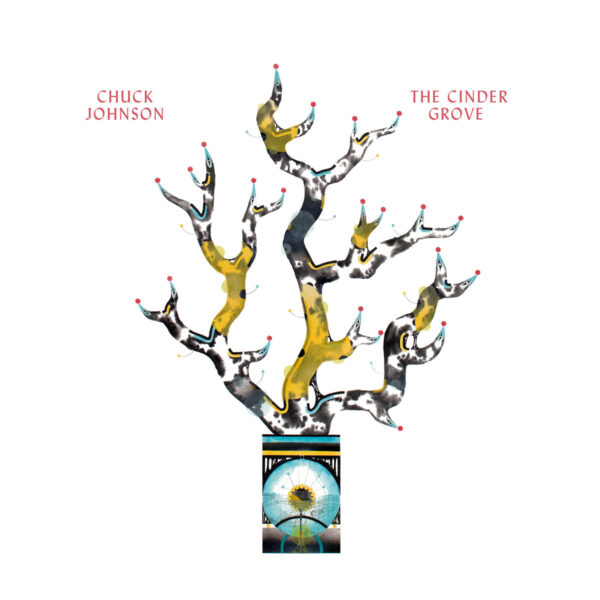 Pleasing solo record by American player Chuck Johnson, originally from South Carolina and now living in California. I never heard his music before but there’s an impressive catalogue going back to 2011, with records for Thrill Jockey, Strange Attractors Audio House, Three Lobed Recordings, as well as his own self-released works. The Cinder Grove (GLITTERBEAT RECORDS / TAK:TIL GBLP106) might be his first release on a European label. He plays synths and organs, but his main instrument in the pedal steel guitar, which he subjects to studio treatments until it sounds incredibly lush, layered, and resonant – painting abstract landscapes with its infinitely-echoing strings.

I see he’s garnered various press quotes among music journalists, where the consensus seems to be that, through electing to work with an instrument usually heard on records made in Nashville, Johnson has evolved a species of post-rock form of country and western music, splicing it with ambient strains. As soon as I read this bit about “ambient country”, I thought of an odd one-off record from 20 years ago called The World Turned Gingham, credited to “Hank & Slim” but actually made by Robin Storey and Nigel Ayers; that CD also mixed up C&W themes with ambient music, but did so in a much more ambiguous, satirical, and even slightly menacing way – all traits which you won’t find in Johnson’s music, as he’s much more optimistic, user-friendly, and produces music laced with positive and uplifting messages about plant life, the environment, community healing, indigenous peoples, and the laurel plant of California – which represents “hope for restoration”.

Johnson’s also a technically very able player and is evidently highly sensitive to room tones and vibrations that can help shape his music, drawing some inspiration and ideas from his musical knowledge that includes the music of Terry Riley and Arvo Part. His solo (presumably overdubbed) works are very strong, although my favourite piece here ‘Red Branch Bell’ was performed by a string quartet, which I like not just for the voicings of the instruments, but the astringent emotions in the composition. (29/01/2021) 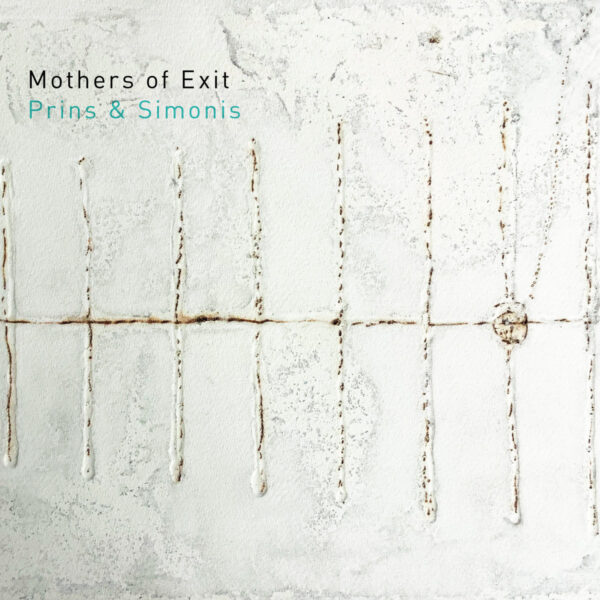 The lovely Gert-Jan Prins has made no end of juicy noise eruptions over the year, but as far as we know he never did it as a duo with Lukas Simonis, the latter being Mr Busy Guitar of the Lowlands who has a chicken in every pot when it comes to musical adaptability. They now clash their antlers on the fine album Mothers Of Exit (Z6 RECORDS Z6934P15), seven tracks of burbling mayhem and cacophonous mazurkas concocted in the Worm-Klangendum studio in 2020.

I’d like to characterise this as a crunch-point summit conference between a guitar and a radio set, but Gert-Jan is also playing percussion and doing things with microphones which would result in jail-time in most civilised countries. To further the impure mix, Simonis brings his modular synth to the picnic, and something called the “Blippoo Box”, probably his pet name for some piece of cracked electronics or circuit-bending monstrosity, or a favourite effects pedal, unless it’s some form of captured alien organism imprisoned in a steel carton. Plenty of abrasive surfaces to savour here, along with discombobulated playing styles that have more in common with the practices of the Marquis de Sade than with conventional musical performance. My only wish would be that they injected a ladleful more violence and punch into the soup tureen; half the time the duo seem content to jounce and jostle their way down the tidy streets in a fairly amiable and good-humoured manner, so the music ends up sounding goofy and wacked-out when what we really want is all-out schizoid panic attack music.

However, it has to be said they deliver the crows-foot onion package on tracks like ‘Numb Lesson Stomp’ and ‘Rejoice The Fire Tomorrow Or’, plus there’s the unhinged gibberish of the title track, where listening is like receiving a faceful of unwanted tobacco juice from the mouth of an old mountain man. Cover design doesn’t move me much, and doesn’t really connect to the contents of this mild freakeroo. (29/01/2021)