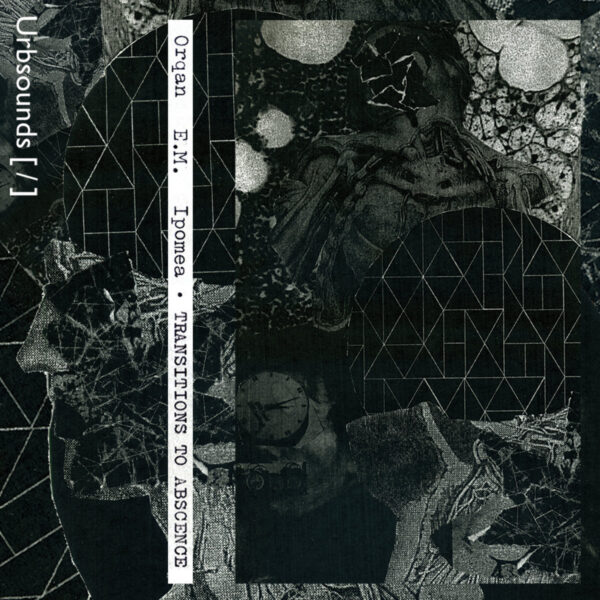 Two fine noisy blasting items from our favourite Slovakian label of extreme electronica and associated materials. The cassette tape Transitions To Absence (URBSOUNDS URB052) is in fact a three-way split between three noise acts from Italy – Ipomea, E.M., and Organ, and this is the first time they’ve united their collective forces in a set of concise but muscular noise bursts. Of the three, Organ emerges as something of a miniaturist – his three tracks total only around five minutes of playing time, but in that brief spell he conjures up strong impressions of awe and mystery, without feeling the need to bludgeon our ears with unpleasant sensations. He manages to transmute amplifier hum into a beautiful swamp of buzzing, and his other distortions and tape-manipulations induce tasty delirious sensations. Ipomea’s single contribution is an overwrought morass of tape loops, fragments, and vaguely repellent surfaces, gradually coalescing into a Merzbow-styled tornado roar before shifting gear into a dramatic organ chord, suitable for a ultra-violent horror movie shocker. A real sense of structure at work here, almost like “composed” noise. E.M. leads off the cassette with ‘The Cognition Of Loss’, a highly abrasive six minutes of squall and distorted details which treads a narrow path, keeping its simmering emotion in check yet threatening to break out into violence at any second. Tension! I could easily see how E.M. would fit perfectly on the LF Records roster (though it’s not as if dsic had run out of potential contributors). Transparent red shell on the cassette signals “danger and mayhem ahoy” to the ready eye. 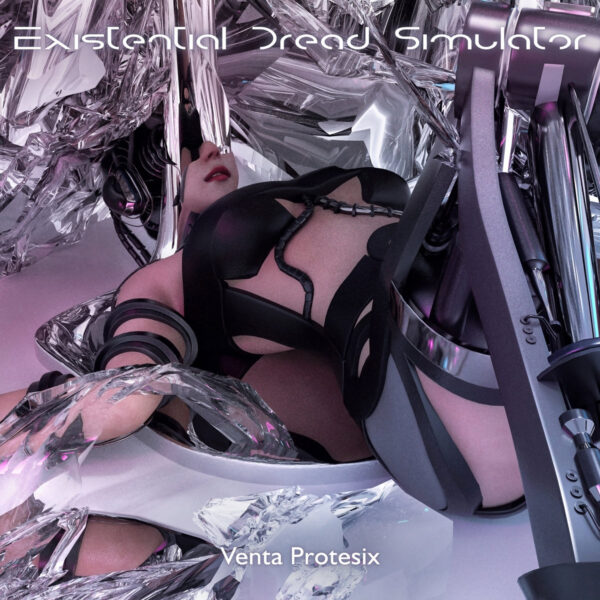 Italian noise monster Venta Protesix is back with his Existential Dread Simulator (URBSOUNDS URB051), five eruptions of digital noise and distortion served up on a full-length CD, most of the pieces quite lengthy and hard to endure (the closer is nearly twenty minutes). Although his previous LP Loneliness and Deviancy (2019) showed a shift towards more subtle methods (dynamics and quieter stretches), today he’s mostly gone back to the extreme wall of noise mode, with no quarter given nor asked, resulting in surfaces that are impenetrable, concealing their musical secrets behind a dense slab of teeming horror. That said, at least two tracks are slightly more approachable in terms of volume and finesse, but violent and grisly remains the keywords for today’s lecture. This isn’t to deny there’s much skill and ingenuity that has fed into the construction of these outlandish explosives, but he’s not prepared to yield an inch of ground and the listener must accept everything on his own terms. The morbid sexual themes, which have been a mainstay of Venta’s work for as long as we’ve known him, have today taken the form of a deeply unpleasant “cyber-rape” subtext, suggested by the horrifying cover of a woman’s body, partially clad in black lingerie, apparently undergoing some hideous violation in a futuristic chamber involving tentacles, jets of water, and chrome instruments going haywire. Not unlike the appalling Demon Seed movie perhaps, or that scene in Logan’s Run where the plastic surgery robot runs amok…both the above from 11 February 2021.