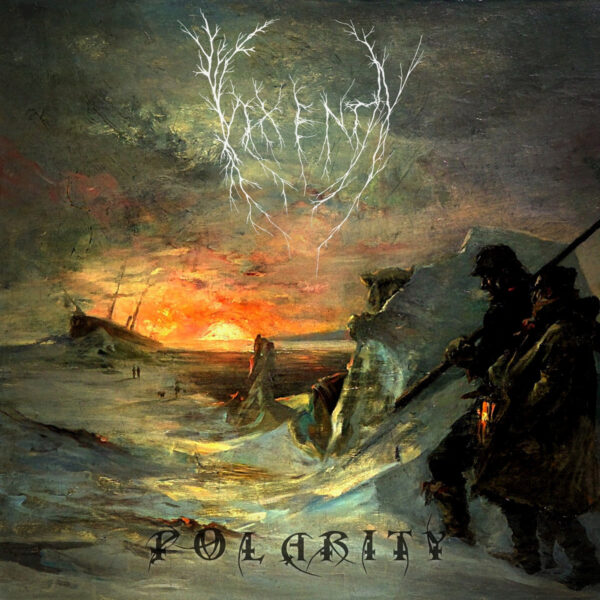 Vixenta formed in Brisbane as a solo project by B., aka Brendon Sibraa, while a teenager way back in 2010. The act has had a fitful existence over the years since then, while S. was involved in other black and death metal bands, and various musicians have been part of Vixenta as well, but in 2021 Vixenta’s fortunes started looking good again with the release of two singles and “Polarity”, its second album in nearly nine years. Currently Vixenta is a duo with B on all guitars, keyboards and song-writing, and Moosh (a member since 2018) on vocals and lyrics; a session musician was brought in on drums. Riffing on themes of loneliness and isolation, loss and the self-loathing and hatred that come with the realisation of truth and reality, “Polarity” is a powerful and immersive venture into icily atmospheric depressive post-black metal. Its front cover art, alluding to 19th-century or early 20th-century exploration of the Earth’s polar regions, captures the sense of being out alone and cut off in extreme harsh territory to confront perhaps uncomfortable truths about oneself and one’s place in the universe the farther and deeper into an unfamiliar universe one goes.

The album presents very strongly as a melodic and highly atmospheric work of post-BM with good use of synthesisers and electronic elements. There’s a lot of musical variety with samples of field recordings here and there, with the emphasis on melodic depressive BM shading into post-BM that (paradoxically perhaps) often has a radiant, even exhilarating mood. With a recording like this, anger and fury might easily be mistaken for triumph, optimism, even joy. Opening track “A Dream in Darkness” epitomises these contradictions: while there are moments of dark ambient brooding, the music also offers gorgeous twangy guitar tones and burning tremolo guitar grind along with energetic blast-beat drumming. The atmosphere itself shines with soft golden light. “Predation” is a slightly more relaxed song with the pace and background keyboard wash giving it an epic, majestic quality. Even so, churning guitar grit and harsh rasping vocal rants give the song the tough edge it needs. The title track adds even more drama and power with timpani-like drumming, a darker ambience and even more post-BM influence with a strong stress on melancholy melodies and occasional solo piano.

As it continues, “Polarity” reveals more moments of loneliness and alienation, anger and desperation,  anguish and loss of hope, in tracks like the poignant “Time is Pestilent”. Later tracks tend somewhat to be a mixed bag: as they describe a downward spiral that can only end in death, they add little to the music, which seesaws precariously with uncertain and out-of-tune clean vocals (“When the Brightest Sun Casts the Darkest Shadow”) and then settles into groove-metal autopilot with “Fall of the Divine”. The energy and passion of the three early tracks have gone long ago. Closing track “A Delusion in Dusk” is a fitting elegy with its all-acoustic, folk-influenced melody and what appear to be hand-drumming rhythms mimicking a horse’s gallop.

It all began so well but early enthusiasm and optimism turn, regrettably all too soon, into disappointment that the zest and fire couldn’t be maintained in an attitude of backs-to-the-wall defiance in amongst later songs that appear to be treading water. True, early pioneers and explorers in unforgiving and hostile environments did indeed often give up in hopeless despair as the reality of their situation overwhelmed them, and perhaps “Polarity” is right in portraying what many if not most people did feel and do when all chance and opportunity for escape or rescue were gone. This doesn’t make for very easy listening though as more lively and spirited music eventually has to give way to darkness.