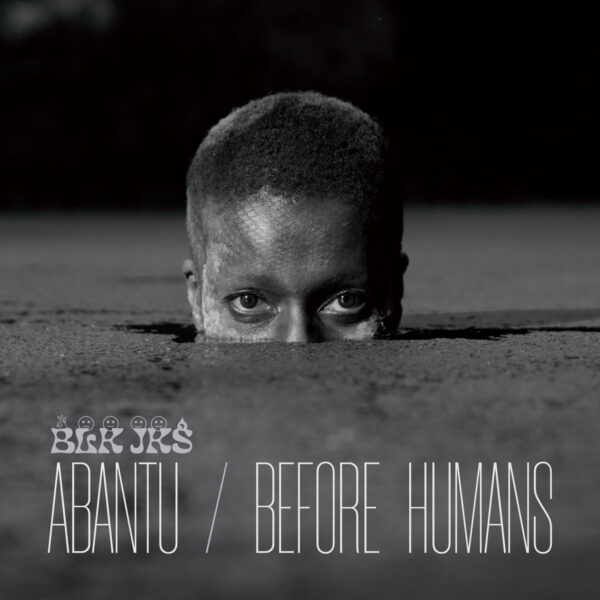 That “Abantu / Before Humans” even exists is a miracle that South African rockers BLK JKS should be proud of: forming in the year 2000, the band achieved global success through touring in the US and Europe in 2008 and the release of first album “After Robots” in 2009. The constant overseas touring however took its toll on the quartet and original member Lindani Buthelezi left the band in 2012 to work on other music projects. The remaining members, while staying together, also pursued other projects either together, individually or in collaboration with other musicians. In 2018, with a new fourth member, BLK JKS began recording new songs for a second album in the Soweto Theatre Orchestra Pit which they converted into their studio. As luck would have it though, the studio was burgled and the hard drives holding the stored songs were gone! Recovering from the shock took some time, BLK JKS went back into the studio a year later with renewed drive and determination … and re-recorded the album in three days flat!

You’d never know though from listening to the songs the struggles that BLK JKS went through to get this album out and prove to themselves, let alone anyone else, that they are still a viable act … yes, there’s urgency, there’s fire and there’s passion in the music, and a dark-ish, soft-glowing ambience reminiscent of shoegaze or even some blackgaze bands I’ve heard in the past is present … but it has a light, sprightly quality and any burdens that are still present are worn lightly by the musicians. Songs are varied in style, pace and mood, and often contrast very strongly against previous and succeeding tracks with the result that the album resembles a collection or compilation of songs that can jump from one emotional extreme to another. (With most tracks lasting no longer than five or six minutes, that jump-around can be a bit disconcerting for some listeners.) An early highlight is the slightly psychedelic, trance-like “iQ(w)ira – Machine Learning Vol 1.” which features some ominously shadowy atmosphere and delirious trumpeting. “Mme Kelapile”, immediately following, is more direct in its emotional appeal to listeners and the melodies and trumpet soloing aren’t easily forgotten.

The switch between activist appeal on the one hand and journeying into alternative futuristic worlds repeats later in the album with the soul jazz song “Human Hearts” and the funky “Maiga Mali Mansa Musa” being examples of the former and the latter epitomised by “Yoyo! – The Mandela Effect / Black Aurora Cusp Druids Ascending”, a veritable jam-fest of trumpet solo, energetic drumming and spacey levitating wobble effects. It should be said though that the dichotomy between activism and flights of retro-futuristic fantasy is not sharp and elements of both can be found in most songs, above all in the last track “Mmao Wa Tseba – Nare / Indaba My Children”, the most inventive and experimental song on the album and easily the best track of the lot.

I’d have liked the album to have been a little more laid-back and its emotional transitions a bit smoother (with longer songs) but I can appreciate BLK JKS had a lot to get off their chests after their own hectic 11-year rollercoaster ride!