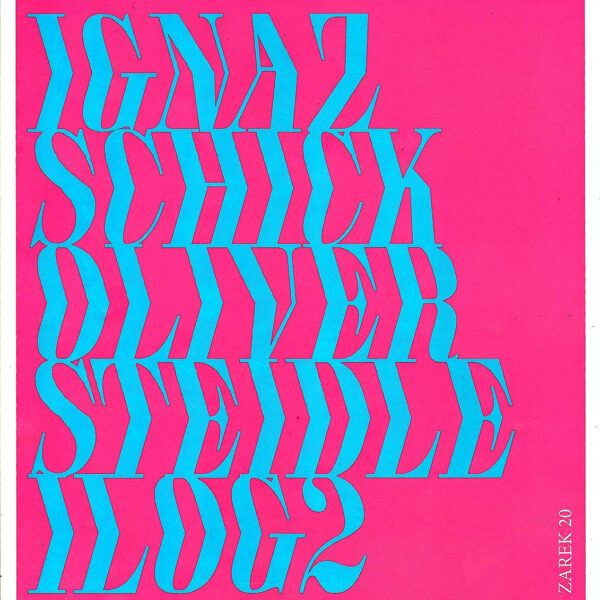 In between curating his ZORA series of CDRs drawn from his archive of non-current recordings, German player Ignaz Schick has found time to release two “proper” CDs on his Zarek label. On Ilog2 (ZAREK20), he’s revisiting an old partnership with Oliver Steidle. They’ve been playing as a twosome since 2013, with one previous record on the Boomslang label and numerous live dates and tours to their credit. Ilog2 shows them exploring at the fringes of experimental sample-based and beat-laden music, being very productive and creative with samplers, turntables, percussion devices and live electronics, plus a machine called the “kaosspad” which I assume can unleash nine brands of merry Heck into the arena when the situation calls for it. Schick and Steidle are proud of their new “refined” approach on this release, as it seems a few years ago they were that shade more aggressive, noisy, and preoccupied with shocking edits and power electronics. Although sequenced as 12 tracks, the whole of Ilog2 plays as a continual sprawl of surprising, entertaining, and exciting noise; I enjoy the frayed edges, the try-anything spirit that informs a lot of these avant-beat escapades, resulting in an enjoyable messiness, far from the precision and calculated moves of other contemporary glitchers, although the creators make plain their debt to “hip hop, dubstep [and] house” as much as experimental genres of jazz, improvisation, and noise. Impressively, the whole album was made in real time with no overdubs. 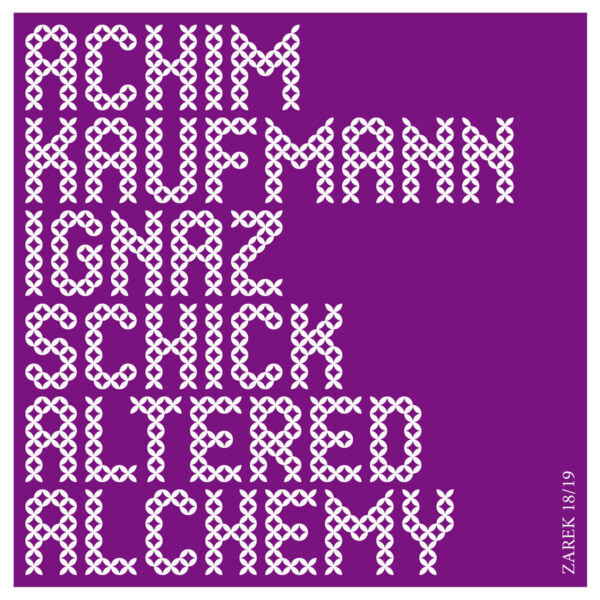 On Altered Alchemy (ZAREK 18/19), we hear Schick playing with Achim Kaufmann, a German free jazz pianist of no small accomplishment. For two CDs, we enjoy lengthy and exploratory workouts where Kaufmann’s grand piano is joined by the turntables, samples, and live electronic noises from Schick’s set-up. If Ilog2 can be understood as the entertaining “crowd-pleaser” record (even while it’s tremendously experimental), Altered Alchemy can I think be more easily located in certain high art traditions, particularly European ones; it’s not too far apart from the experiments of Stockhausen where he joined his electronic music with the discordant piano stabs of Aloys Kontarsky, such as on Kontakte and Refrain. The two musicians here met in 2015, about which time Schick asked Kaufmann to join his Circuit Training group; their duo performances have sometimes been supplemented by Andrea Parkins, and they conducted a tour in 2020. These particular recordings however come from a Berlin Ausland set in Feb 2016, and represents the first time they played together; which is notable, considering how assured the music sounds already. They’re specifically aiming for a subtle electro-acoustic blend, where the two instruments meld into something new; a morphing beast that emanates classical / jazz inflected piano runs in between seething at the jaws with electric fizz, samples, grit, glitch and loops. With very few edits in the final piece, the listener can observe the genesis of this music almost in real time, as the musicians develop and hone their craft across these eight tracks of stately, fascinating music.