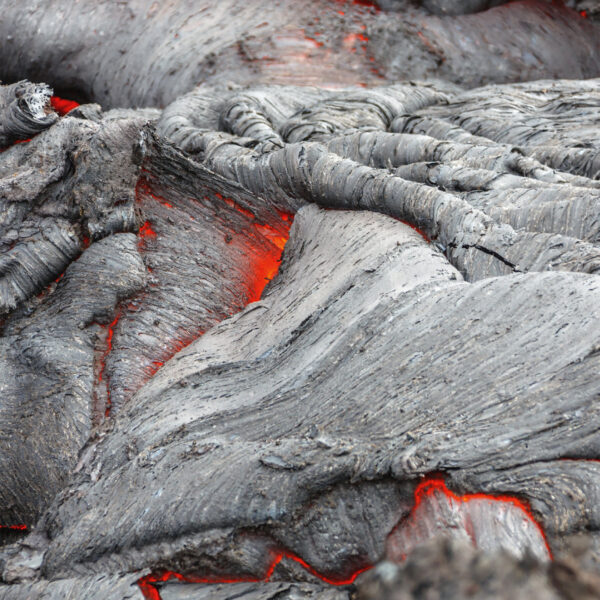 Created and performed in one continuous take for nearly an hour, this work of ambient noise drone and free jazz improvisation is a journey for both artists and their audience alike in the exercise of restraint, the slow release of energy and the balance of tension between quiet and loudness, and between the musicians themselves as they respond to one another. At times the pace and anticipation can be near unbearable, and even the musicians seem to find their burden heavy with drummer Tomas Järmyr going tippy-tap across his skins, the cymbals and anything else within hitting distance. Yodok is a free jazz duo formed in Trondheim in 2009 by Järmyr and Kristoffer Lo, and for this album “V” they are joined by bass player Massimo Pupillo in an improvised studio session at Sørgården Studio near Trondheim that lasted two days.

The first ten minutes of the 59-minute track emerge as ambient drone from nothingness, gradually commanding all your attention and senses. Once Järmyr starts playing, he keeps up a fairly continuous chatter while slow ambient drone wash paints a grey background of long bleak tones and intimations of something dreadful about to happen are ever present. After the album’s halfway point, growling guitar noise and blaring industrial tone add more tension and apprehension. At least the drumming, skittish as it may be, is a bit reassuring in its crisp sounds even when thrumming beneath the unfurling greyness.

The recording climaxes in a long continuous drone that seems as much spiritual in its rich reverberations as it can be insistent, even annoying, and Järmyr suddenly goes berserk hammering on his kit in abrupt spurts of energy. Flugabone tones soar high and gracefully overhead as the noise rises to the expected crescendo. In its last few moments, the recording becomes chaotic though its structure, based as it is on long drones, holds secure.

In its later half the recording does have some very rich and hypnotic droning tones which contrast with the skittery percussion but it is quite an endurance test even for those with good powers of concentration and the time and tolerance to spare. The recording’s conclusion seems at odds with the rest of the album and might leave you feeling you’re hanging off the proverbial cliff edge. The challenge posed by the combination of slow ambient drone and the restlessness of free jazz improv may have been more than even they could bear.