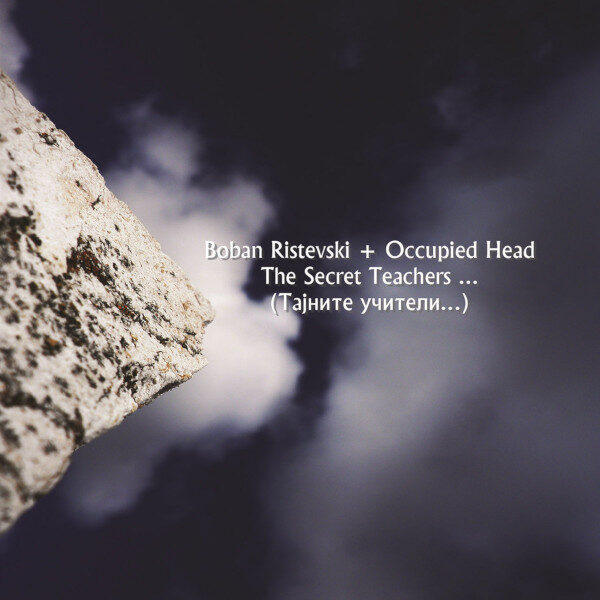 From Skopje in Macedonia the electronic composer Boban Ristevski hails, to regale us with new CD The Secret Teachers (ATTENUATION CIRCUIT ACU 1028) made in collaboration with Occupied Head. Boban has been making a number of file-based releases since around 2017, apparently in the areas of ambient, drone, and harsh noise electronics. This year alone he’s put out five albums for the Attenuation Circuit label awaiting your download click. At least one item in his catalogue makes plain his interest in esoterica and occultism, that is the album The Key To The True Kabbalah, released in 2019 on a Russian label and adorned with cover artworks replete with symbolism and cabbalistic lore.

It’s that aspect which is detectable on today’s release, a record which bravely attempts to tackle the mysteries of the after-life in sound, and draws direct inspiration from the Tibetan Book of the Dead, the Ba from Egyptian mythology (a winged creature which symbolises the movement of the soul after death), and even a smattering of Wiccan belief – the “law of three” has been borrowed from this pagan cult, although perhaps not (as one would hope) to help structure the composition according to a numerological system, but at least it does appear as a track title. Prolific Boban has also recorded as Lefterna, Playing For Oblivion, and Shg. Meanwhile Occupied Head is Dieter Mauson from Hamburg, active since 2011, and one who also favour dark ambient tones and semi-industrial leanings in his electronic creations. He himself doesn’t appear quite so preoccupied with the mysteries of the unknown, although one catalogue title ‘Umbrageous Climes’ is quite irresistible in its suggestion of an alien terrain.

On this record, the duo wish to foster an aura of “an intermediary” zone – every track is intended to place the listener in a vague state of suspension, as we exit the material plane and drift towards the unknown. The musicians do this by deliberately making their sound as strange as possible, using electronic instruments and field recordings in unexpected combinations, seeking out the unfamiliar where they can. The press release makes a connection with the work of Eliane Radigue, the great French electro-acoustic composer, specifically her Trilogie De La Mort which was inspired partly by the Tibetan Book of the Dead and her own meditational practice, and by the tragic deaths in her family, resulting in a piece which now stands as a significant benchmark of minimalist composition. Conversely, Boban Ristevski and Occupied Head are of a younger generation and have entered into this field of work through more contemporary electronica forms. However, this isn’t to deny the strength of their conviction on The Secret Teachers, which contains many moments of genuinely atmospheric and innovative sound-scaping. On today’s spin, we find much to admire in their subtlety and restraint, the patience and care with which these slow-moving vistas have been assembled, and the eerie lightweight feeling they pass on to the listener, indeed making us feel wispy and disembodied, exactly as if we are floating gently over a penumbral landscape. Far from minimal, the tracks accrue layers of detail and textures as they proceed, leading us even deeper into these strange ghostly zones.

Occupied Head did the mastering and mixing, and also provided the cover photos. From 29 January 2021.