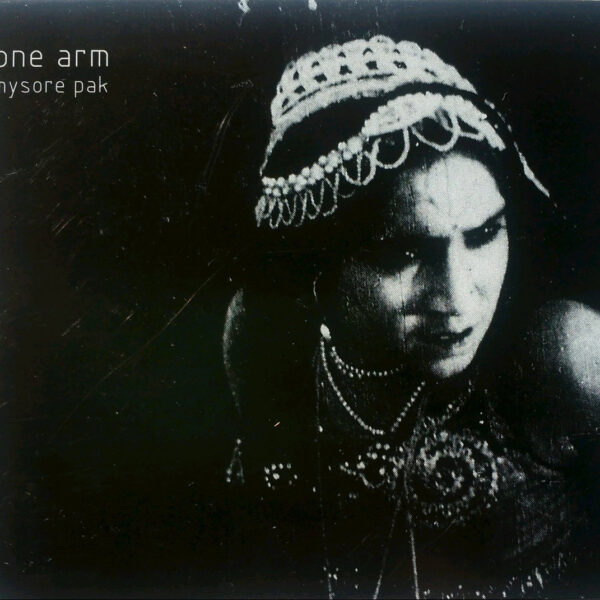 French combo One Arm have new CD Mysore Pak (ATYPEEK MUZIK ALA1901CD), with 12 exciting tracks presenting their own unique take on New Wave-inflected rock music – they have two bass players and two drummers, plus samples and electronic noise, and their secret weapon the singer Laure who projects that intoxicating blend of cool distance mixed with sultry passion which it seems only the French can do. Although this is their first album proper, I see the band have been going since 1993 if not earlier, with one 1994 single on Zoorganization and several appearances on obscure cassette and CDR compilations of French art-rock from the labels FBWL, Ubu Tapes, and Amanita. Also interesting to note they started life as an all-girl trio but have mutated over-time into this unusual setup with a very good gender balance. Much to enjoy here – the concision and brevity of the songs, their steady rhythms and generally steely vibe, the general lack of six-string rock guitar excess, the sparing and bold use of electronic effects…I also enjoy the very natural and unforced manner in which One Arm perform, especially when compared to the mannerisms and artifice of Stereolab (perhaps their nearest rivals, stylistically). Given their sporadic appearances since the mid-1990s, I would like to think One Arm have a loyal following by now, and this CD will meet a long-felt need among listeners who cherish them. A number of guests appear on ‘Space is the Place’ – Little Annie, Pierre Alex, and DEF providing extra vocals, bass and keyboards, for this strange tune which probably isn’t a direct cover version of the Sun Ra song but even so does much to rekindle the true spirit of the Arkestra, channelling it through The B-52’s. Highly recommended. (16/02/2021)

Unusual cassette called Autre Brousse (DA! HEARD IT RECORDS D!HR-48) from the French player Johann Mazé, here appearing with Jihem Rita and certain other collaborators… Johann Mazé may be known to you as a member of the trio France Sauvage who have been releasing their own brand of experimental electronica since 2008, but he also has his solo career which not only involves his minimal percussion set-up and strange objects, but also interviews and spoken-word experiments intended for the radio. He regards his own work as occupying some space not too far away from that of Luc Ferrari and other electro-acoustic tape manipulators. Some of the above may surface on today’s tape, a baffling yet beguiling set of tunes made with lots of percussive devices (including drum machines), electronics, spoken word, and mysterious field recordings, all swirling around inside low-key dubby mixes where the layers of meaning continually overlap in a heat-haze of notions and concepts. Guests appearing include Cesar Amarante, Lou-Mah Al Abed Ratier, Johann Loiseau and Christopher Ratier, and there’s a long list of recording locations including many parts of France and the Western Sahara. There’s a certain opaque quality, in the music and its visual presentation, that adds a layer of intrigue; the fellow running a sack race in his garden in his blue shorts seems to be having fun, and scanning Mazé’s Bandcamp page, you can see further perplexing cover images which suggest a playful intellect at work. (12/03/2021) 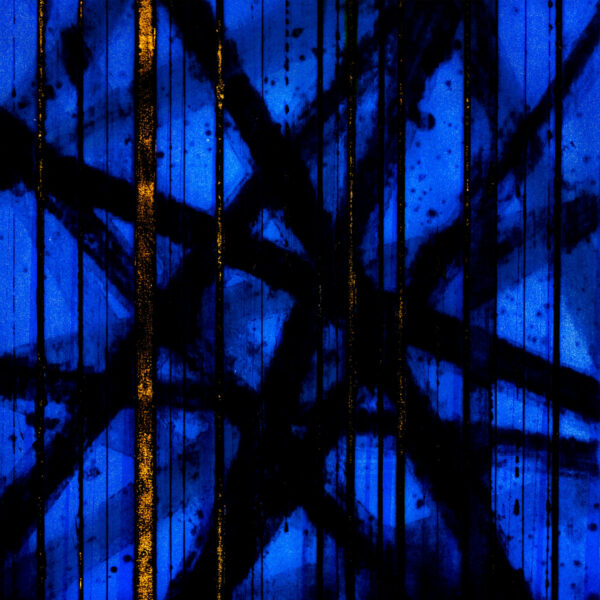 Christine Ott was heard previously aiding percussionist Torsten Böttcher to realise a rather anodyne soundtrack to the silent film Nanook of The North, and before that adding her skills with the Ondes Martenot to the bombastic rock music of those heavyweight intellectuals Oiseaux-Tempête. I think Time To Die (GIZEH RECORDS GZH102) might be the first solo record we’ve heard from her, but she’s well represented on this French label with her solo records or contributions to records by Tindersticks, Foudre!, and Snowdrops, a repertoire including other soundtrack records. She’s got an impressive range, according to the credit roster here that shows her working adeptly with many keyboards, piano, synths, multiple percussion instruments, and vocals. Time To Die is all composed by her and themed on that most poignant of subjects, that of crossing into the afterlife – a theme also tackled by other composers such as Pierre Henry and Eliane Radigue. The record also picks up at the point where her previous album Only Silence Remains ended, showing that Ott is not afraid of telling a story with her music; even when not given a movie to soundtrack, she’ll devise one of her own. Plenty of drama and tempestuous feelings, especially on the title track which suggests a spectacular journey into the next world, and poignant emotions too, especially on the wistful ‘Comma Opening’ which conveys deep loss and mourning with its plaintive melody. I do like the way she piles on multiple dense layers of electro-acoustic event on the first cut, but this turns out to be untypical of remainder of album, which tends to showcase her skills for composing and playing sad, minimalist piano fugues. I was hoping for a more satisfying, transformative conclusion than we get with the end-piece ‘Pluie’, which is charming enough rain-soaked melancholy music, but doesn’t leave me with the feeling that anything much has been learned during our sojourn in the land of the dead. Aided by Mathieu Gabry who played extra keyboards and percussion, and did processing and arrangements on four tracks. (01/03/2021)