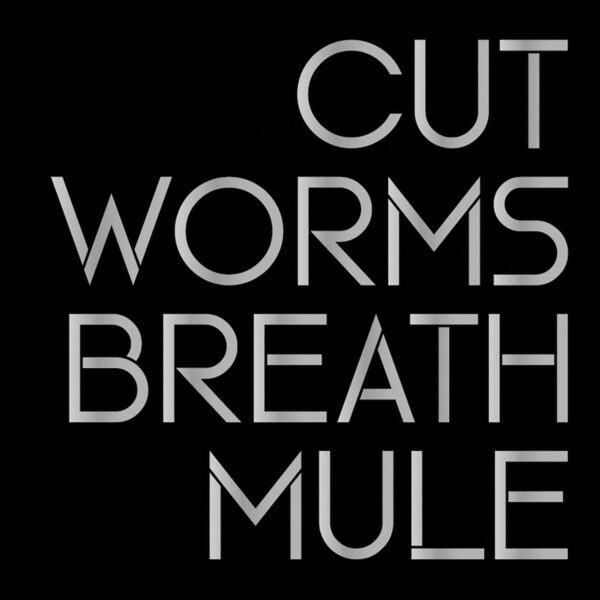 Cut Worms here with Breath Mule (OPA LOKA RECORDS OL202102), a solo set from Richard van Kruysdijk following on from the two previous solo albums Lumbar Fist and Cable Mounds, both heard in these quarters and reckoned as strong examples of studio-generated drone explorations and completing a “trilogy” he began all those years ago. On Breath Mule, he’s doing it with a monophonic synth and a Suzuki Omnichord – those are the two instruments we know about – and subjecting these to much processing and manipulation. Hearing the very burnished textures of the finished result, one’s tempted to think Cut Worms spends many labour-intensive hours working away on these deep, rich, low-frequency blasts, but on the contrary it seems his process is very spontaneous, improvised on the spot, recorded direct to two-track and never once making use of a keyboard pre-set. If that makes Breath Mule sound like a joyous record resulting from a jeu d’esprit of the composer, think again; be prepared for ponderous, heavy, black drones with not an inch of space in the solid blocks of stone. Apparently, he’s drawing inspiration from brutalist concrete architecture at some level, thus adding extra conceptual greyness to the miserable fun. For an album with “breath” in the title, we’ve rarely heard such an “airless” record. (24/03/2021)

Unusual percussion and sax improv from the J/L Duo on their Ismalfa (LETHE / THANATOSIS THTDL6) record. The duo are Andreas Hiroui Larsson and Johan Jutterström, a pair of Swedish musicians who have been working together since 2003 and made albums for Olof Bright and Firework Edition. For this item, guest player Adrian Knight appears with his piano for the A-side, and you’d almost think the plan was to make a modernist sort of free jazz LP, a minimal deconstructed version of Coltrane’s A Love Supreme. Indeed some of the same elements are here – rich melodic chords, free-form percussion, sax overblowing, but minus the religious fervour and excitement we find on mid-1960s Trane. However, the trio have a coherent shared direction in their musical explorations, and it’s possible to read these four cuts as chapters in the same book of enlightened teachings.

On the B side, we can focus more on the percussion and sax interplay as Larsson and Jutterström hold their lugubrious midnight seances full of close-lipped utterances. Hearing these stripped-down statements, you can see why they opted to lead with the user-friendly piano side, as that keyboard does a lot to leaven the sound, but then we find ourselves drawn to this side and the sheer simplicity of this two-instrument set up. Larsson in particular finds a lot of varied bass-timbre voices in his toms to set up a meaningful dialogue with Jutterström’s provisional murmurs. Frew Elfineh Taha, who also performs as Black Fist, adds his grim street poetry to two tracks on this side, at which point the LP turns into an update on Archie Shepp at his most radical or even Amiri Baraka’s A Black Mass. Frew Elfineh Taha has the distinction of rapping in Subterranean, one of the first hip-hop groups in Iceland. This LP is available on vinyl through the musicians’ own Lethe label, or from Thanatosis. (24/03/2021) 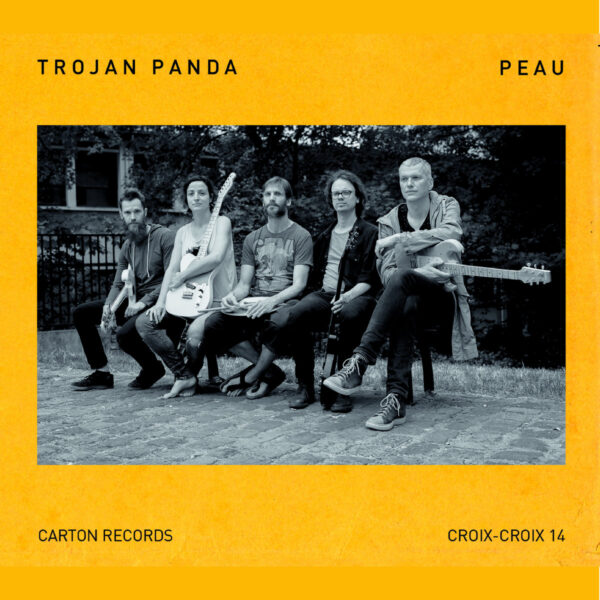 Now here’s some tasty avant-rock guitar noise, played by the group Trojan Panda on their album Peau (CARTON RECORDS CROIX-CROIX 14). Some fine French players are here (all working in Paris I believe), under the aegis of Jozef Dumoulin who came up with the idea. Dumoulin harbours a taste for “post-seventies alternative guitar rock”, which might mean anything from Sonic Youth to Mudhoney, but he also liked the idea of musicians playing instruments which they didn’t train on, and this change-’em-up strategy is the basis of the Trojan Panda project. Julien Pontvianne and Hugues Mayot are both saxophonists / woodwind players, but here they are relegated to bass and drums respectively, while the conceptual minimalist electronic composer Léo Dupleix and the classical bassoonist Sophie Bernado are wielding electric guitars, along with the “Mr Instigator” JD and his axe.

The players might thus be cast out of their respective comfort zones, but this hasn’t hurt the music one iota; on the contrary, the quintet turn in a very credible set of dour, discordant and angsty strumming-mental exercises full of sullen anti-social moodswings, creating edgy music that will please fans of The Shaggs as well as The Stooges by way of The Dead C, plus there’s none of that pernicious Glenn Branca influence in the form of “clever” tunings or metal rods inserted into the neck. Trojan Panda – not a great name, but the idea is that they’re smuggling in cultural contraband in the guise of a cuddly toy – have been working at this since 2017, so some of their first-ever recorded efforts are here (captured live at a Jazz Festival), along with more recent recordings from 2019. The overall aim is free improvisation in the form of guitar instrumentals, allowing some composed elements in the mix too. Previous Jozef Dumoulin projects have failed to connect with this listener, but this one appeals on a gut level, and one can adjudge the experiment as a success. Fave cuts: ‘Black Madonna’, ‘Mythoman’, and ‘Sylvia Coiffure’, all reeking of fine tension. (24/03/2021)