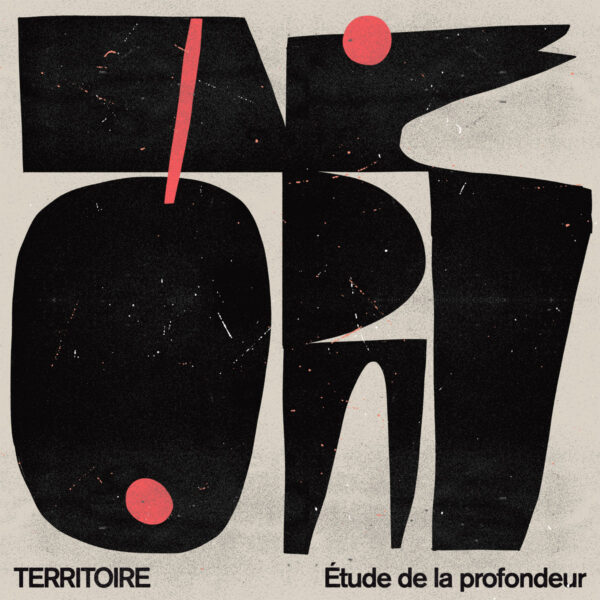 We did hear from Territoire with his 2018 album Alix, which our man Stuart Marshall enjoyed as a “fine bit of techno concept album” (although other sources describe it as more of a dark ambient experiment with added beats and samples); today’s new record Étude De La Profondeur (HUMO INTERNACIONAL HUM026) seems to be taking a much more formal and abstract pathway.

Olivier Arson is the French-born composer living in Madrid responsible for this harrowing solo piece, which he proudly produced working in isolation in a far-flung corner of Iceland. Indeed he seems to regard it as consummation of everything he has learned to date since he made his first record in 2009, under the alias The Folding And The Point. While I never heard this record, apparently it had something to do with an interest in geography, maps, and topography, but applied to an invented place; in like manner, Alix was a fictional construct about an imaginary character expressed in sci-fi dystopian images laced with film noir. However, Étude De La Profondeur is somewhat different. Olivier Arson did it in a farmhouse in Iceland where he made use of the resonant echo, and set up a system involving eight granular samplers. I start to get lost at this point, but it seems he was generating a stream of completely synthesised sound, and is proud of his avowed “no field recordings” stance, besides waxing lyrical about drum machines and raw voltage. He goes on to describe the underlying concept, which began life as an object falling “into a structure composed of different layers” – at which point I am even more bewildered, as he might be describing a multi-storey carpark or a factory chimney. At any rate, the descent of the object has been somehow measured and logged, and Arson has used this information as the basis for a graphic score, and for triggering events in his synth set-up – at least, that’s what I take it to mean when he speaks of “a series of automated processes”. He is very pleased about the “uniqueness” of each event, which makes me wonder even more about what the “objects” might have been and where he was doing the dropping. We may have a vision of Galileo and his experiment with cannonballs dropped from the leaning tower of Pisa, but it’s probably much simpler than that.

Two impressive pieces of sound-art result, in any case: the first, the title track, endures for 16:50 mins and is a dense, troubling sound, bordering on chaotic; it grows more alarming as it proceeds and does indeed convey the vague sense – in highly abstract terms of course – of some unstoppable force operating in an unknown place. It might be that Olivier Arson has come close to realising his aims, exploring the tension between the “pure” abstraction of synthesised noise, and the tenuous connection to real events. The second piece ‘Alliage’ apparently represents one of his improvisations “recorded in the raw state”, and Vidal Romero’s fanciful notes invite us to hear it as something operating “almost at a molecular level”. Less compelling than the main event, but at least this ‘Alliage’ is more approachable and allows us to savour what Territoire is capable of achieving with his shifting textures and strange layers. Both pieces here contribute to an intensely claustrophobic vibe, and should probably be administered carefully, in small doses, with oxygen tanks to hand. From 24 March 2021.