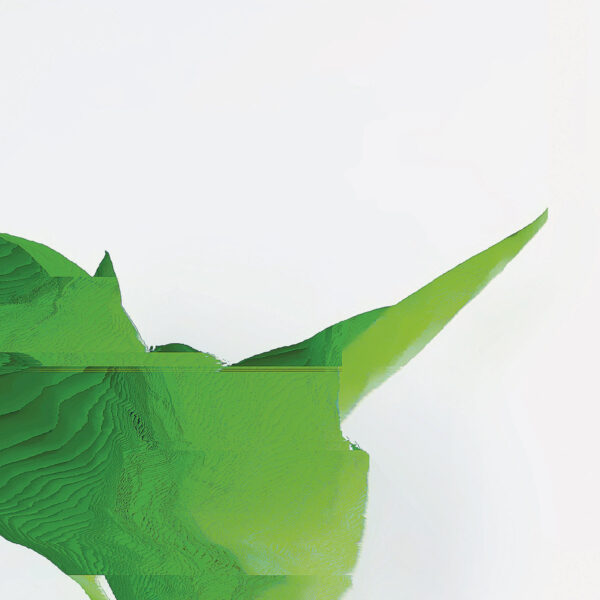 Soothing, low-end flutter from Dan Abrams’ Shuttle358 alias, whose last full-length (Can You Prove I Was Born) bathed listeners in fuzzy dreamscapes and located his aesthetic neatly in the nostalgia-inducing ‘clicks & cuts’ fad of the late ‘90s/early ‘00s. Just three years on and all that’s changed is his muse: ‘Edule’ is the first hint of an enduring affection for Oval, sounding like a dialled-in(re)construction of 94diskont, all space time ripples in pools of glistening drone; prickled with slick but obsessive clicks, pops and wonky rhythms. While not quite the ‘rebirth of glitch’ effort 12K are pitching, it’s an accomplished pastiche that balances technical knowhow with the joy of discovery. Cornflakes consumers might remember the Kellogg’s slogan, ‘have you forgotten how good they taste?’, which fits Field well. 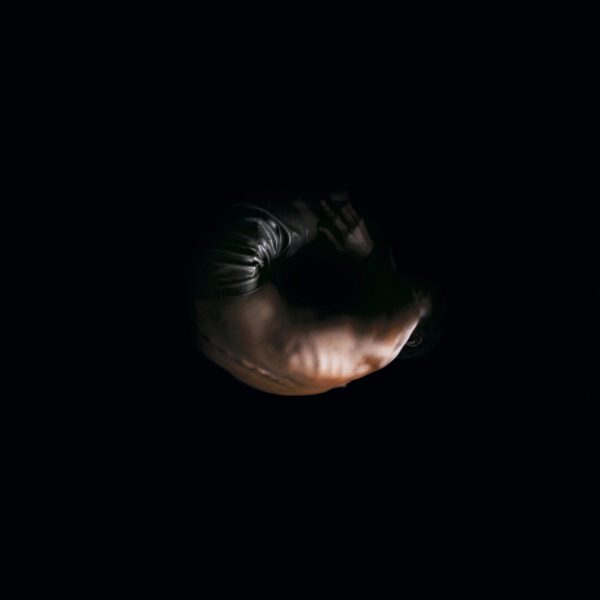 Fine bit of techno concept album, following the regimented life of protagonist Alix, replete with well-trodden dystopian tropes like faceless captors, days plunged into darkness and ever-present menace recursively patterned into seven episodes of monolithic, mid-tempo gloom. Relative uniformity notwithstanding, Alix is a taut, textured and energising genre exercise that makes a lot of the right moves: a short running time for one; the absence of Blade Runner-style voice-overs another. Then there’s the high-profile presence of producer Oscar Mulero to counterbalance TERRITOIRE’s willfully low-key profile; his persona draped in forgettable rhetoric like “an existential drift towards a broken horizon that hides his beauty inside oppressive and cathartic rhythms”. However, the description of Alix’s brain as registering “each and every one of the words that were said to him… avidly, unconsciously” is suggestive of a stab at a novel ‘bedtime techno’ niche, where the hidden import of these monotonous scapes might be properly disclosed. 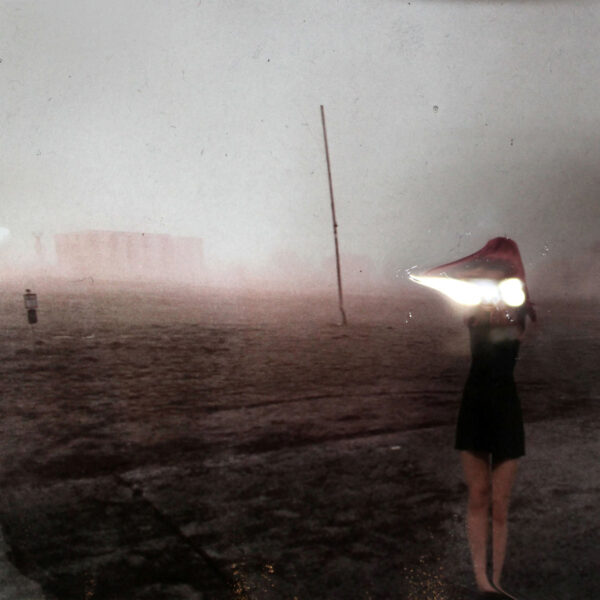 Elio Martusciello doesn’t often show up round here, despite previous cross-pollinations with Eugene Chadbourne, Evan Parker, Z’EV and other improvisors of notoriety. While commonly marked as ‘abstract’ or musique concrete, each of his albums marks a new turn. Incise is his ‘avant-pop experiment’, which sees his developing songcraft mashed into bitumen-thick, post-dance rhythms infused with ad libbed diva vocals (some given the helium treatment) and steeped in glossy studio knowhow. Finally, all and sundry is scrunched and vari-speeded into a molten song cycle that withholds strange and protean charms even after multiple listens. That said, it can get a bit pastiche in places, calling up distant memories of Burial, Mount Kimbie and Fennesz’s Endless Summer, and the lyrics can sink to the level of sickly tropes like ‘angels in the sky’ and ‘so in love’ that add anything but halos to the more commanding tectonics; and this is the work of several experienced singers. Cynics like me will find hackles raised. Perhaps a less-is-more policy could have been applied to pruning this into a tauter EP, where the vocals offer surprise, not a centrepiece. 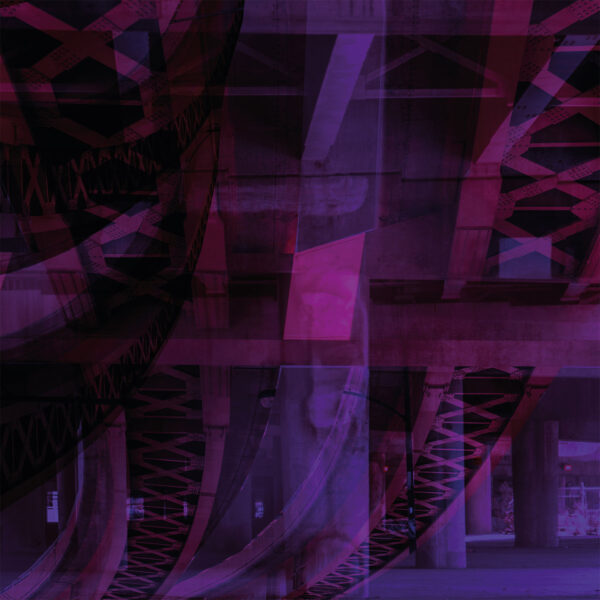 With longevity comes the risk of stagnation, as well as the occasional need for transfusions and transplants. Switzerland’s zK, nearly two decades into their collaboration, opted for the latter, one of them relocating to Bangkok for inspiration. Coil fans will know this as where Peter Christopherson passed away in 2010, and since the pair make no bones about their affiliation / infatuation with Coil, the choice of location and album title (Last Night) has the aspect of a tribute: both to the event of Sleazy’s death and the invigorating effect of the seamy side of the Thai capital on bodies, minds and music. I sense that messrs Godwin and Ormerod, who recorded this on a wild night out in Bangkok, editing it into phantasmagoric ‘form’, aimed to channel their heroes’ hedonistic fervour into the album’s affected, eldritch air of squirming abstraction, ghost song and cut n’splice morphology. Titles like ‘Fleshpotting’ display a kindred carnality, and the shooting gallery of adjectives like ‘collage-like’, ‘aleatoric’ and ‘lysergic’, the indeterminate mental states that yielded strange beauties like Astral Disaster, Moons Milk and (presumably) A Cold Cell in Bangkok, the mystifying ambiences of which point the way to this remote broadcasting outpost. 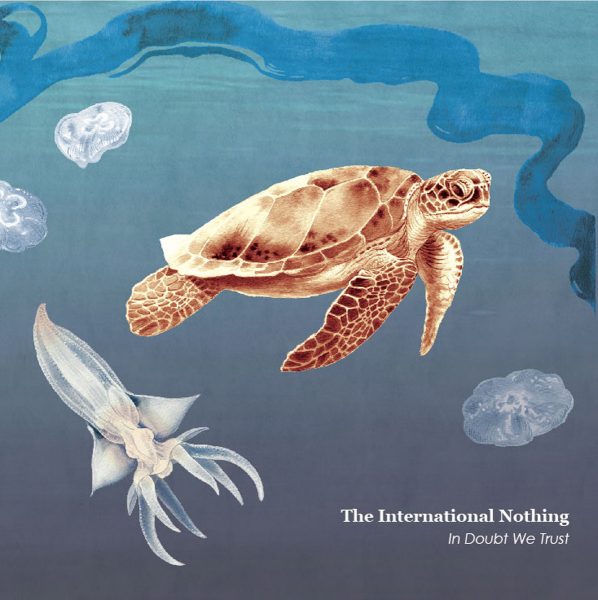 Jellyfish, loggerhead turtles and squid… these sea creatures are employed as visual motifs for the deep-diving grace of The International Nothing’s first release in four years. Their last, leather-winged full-length flapped past in 2014, with just a guest appearance (for skeletal troubador Seamus Cater) and an augmented lineup in 2016 to tide us over, but otherwise maintaining their leap-year release rate. Sounding like a pair of tone generators, these two clarinetists install their industrial capacity lungs in separate stereo channels from which they sedate our nervous systems with endless patience. Until today, this took place in brief measures, but on In Doubt We Trust they ‘go epic’ and subsume their poppier tendencies into a streamlined, 37-minute beast that slouches towards Berlin to be born. Unlike so many other ‘X years in the making’ boasts, this entails a palpably deeper descent into binaural acoustics and a seemingly effortless, cetacean impression of interweaving sine waves; a format that bears out their claims to have tapped into ‘new and unheard acoustic scenarios’, and even at coolest seabed level there’s a deep, calming warmth for the week-worn nerves. 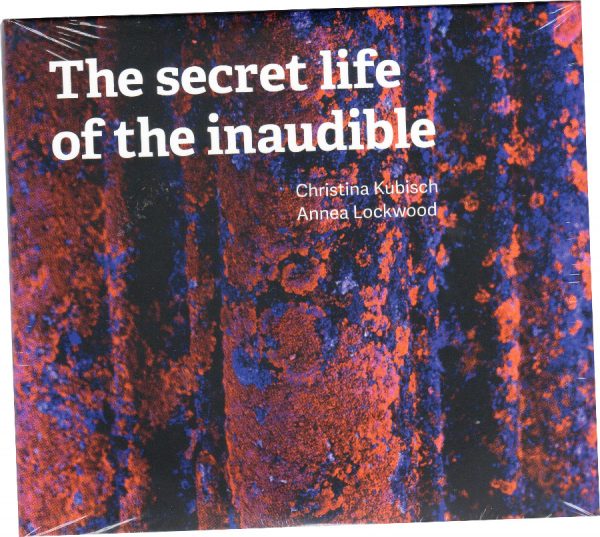 Dredging detail from inaudible depths are two veterans of the interior realms, Christina Kubisch and Annea Lockwood, who pair up for a double disc document of recordings taken from situations more commonly associated with other sensory experiences: earthquakes, solar flares, electromagnetic waves and other ‘geophysical atmospheric spheres’, as well as more conventional field recording sites like subway stations, thunderstorms. At any other time we’d have a melange of quotidian site recordings on our hands, but the pair’s technological adeptness takes the recording process all the way into ‘the interior of a Scots pine’. The logistical efforts gone to are clearly commensurate with the sounds sought after; EM wave recordings for instance are slowed or sped up for audibility (and headphones are advised), as well as treatments more arcane. Emphasising the ‘correspondence’ nature of the relationship, the discs, like the artists, are geographically separated in a gatefold sleeve, and tapes were exchanged by courier. Unsurprisingly, the final product is the counterpart’s considered reworking of the original recordings into organic collages of energised sound fields where the once-inaudible enters the human hearing range, while remaining veiled in identity: darkened wind tunnels, hissing tundra and many other (psycho-)geographical extremes are evoked in these mysterious and absorbing sound worlds.