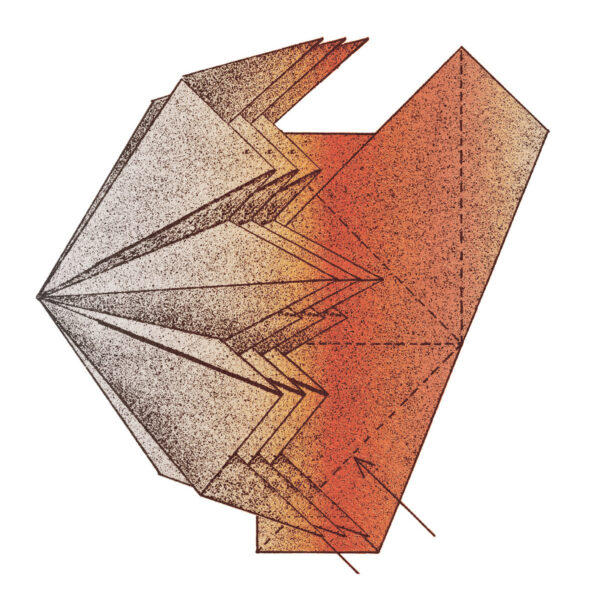 Another “directed” set from Swiss geniuses Cyril Bondi and D’Incise, once again working with their regular collaborators the Insub Meta Orchestra. 30 musicians were involved, but (probably due to COVID restrictions) they couldn’t all meet up at the same time, and the work was recorded as three separate pieces with smaller groups of players.

It seems the creators didn’t find this method entirely satisfactory and yearn for a time when they can once again enjoy the full group experience, but perhaps there’s something to be said for the discipline and managed expectations in evidence on Ten / Sync (INSUB.RECORDS insub.rec.cd13). I tend to associate the work of the Orchestra with rather dense clouds of sound, but today I’m enjoying the simplified arrangements on ‘Tutti-soli’, a piece which encompasses a good deal of air and space in its uncertain stop-start tones. It allows us to savour each semi-programmed dissonance, and you can really feel the grain of the strings and the woodwinds. As to ‘Sparge’, it’s positively musical compared to this group’s usual severe and abstract approach; a gentle, off-kiltre melody with rather unexpected intervals is executed with grace and delicacy, each player almost walking on eggshells as they explore the terrain in hesitant manner. This might be the one containing a small fragment of Gesualdo, the exceptionally odd composer of madrigals in the 16th century, now reckoned by many as an important forebear of much classical modernism. I’m glad to see more musicians picking up on this; for instance, Alessandro Bosetti with his Gesualdo Transitions. ‘Sparge’ is a piece which develops very gradually and excruciatingly slowly, but once again the discipline and rigour required to conceive it and play it is considerable.

The album ends with ‘A La Denzler’, which I assume is a homage to the French musician Bertrand Denzler, who has been impressing us with his recent forays into composition (up to now we have mostly heard his improvised saxophone work). At 18:22 mins, this is the longest piece here, and also the most cryptic; with its pared-down instrumentation playing in short mysterious fragments, underpinned by odd percussive beats, it’s like receiving a message in code. Of all the pieces here, I suppose this one is intended to demonstrate the “silences” and “logics” which the press notes promise us. ‘A La Denzler’ punctuates itself with plenty of silent pauses, creating a strange sense of tension without actually delivering any release; and the “logics” are encoded in the very erratic musical construction, with unexpected voicings of instruments and the unpredictable, short musical phrases they play. Challenging for sure, but by aligning themselves with Bertrand in this case, the Orchestra make their way back to the rules-based compositional approach which they did so well on Choices / Melodies.

Nice geometric shapes on the cover art (uncredited, but probably by D’Incise) seem to have been derived from Origami diagrams, so there may be some hidden implications about “foldings” in the music which we also need to account for. From 12th April 2021.